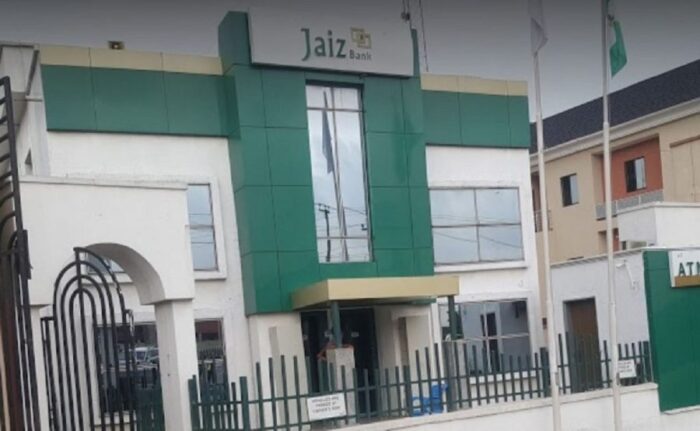 Jaiz Bank Plc has declared a Profit Before Tax of N3.07 billion for 2020 financial year, a 45.31 per cent increase over N2.11 billion recorded in the previous year.

The Columnist ng gathered that the the non-interest Islamic bank also grew its gross earnings by 33.29 per cent, from N14.71 billion in 2019 to N19.6 billion in 2020, according to its financial statements for the period ended December 31, 2020.

The bank’s Total Assets during the year under review was N233.59 billion as against N167.27 billion realised in the previous year, representing a 40 per cent growth.

Similarly, there was a leap in the Profit After Tax from N2.44 billion in the preceding year to N2.90 billion for the year ended December 31, 2020.

Earnings Per Share increased from 8.29 kobo in 2019 to 9.85 kobo in 2020. While Return on Equity for the year under review stood at 17.2 per cent, securing a place for the Bank among the top-4 quoted banks with the highest return to shareholders in the country.

The 2020 result further reaffirms the growth trajectory witnessed by the bank over the last 3 years.

The Managing Director, Hassan Usman said the bank’s growth strategy focuses on the real sector of the economy, especially the Small and Medium Enterprises (SMEs) and financial inclusion.

Mr Usman said: “We shall continue to develop new customers, new markets and new products for both our physical and virtual channels. We remain committed to continuously up-scaling our governance mechanism to meet best practice and regulatory requirements.”

The MD noted that while the bank would continue to expand its operations across the country by opening more branches, it will significantly leverage on technology to reach its target markets across the nation and bring the underbanked and unbanked population into the formal economy.

According to Nurudeen Lawal who is an Islamic scholar, Islamic banks have to operate in line with the tenets of Islam and that is exactly what Jaiz Bank is doing.

Speaking with The Columnist in a telephone chat, the Islamic scholar said, “Earning halal money is a religious obligation. That is why Islamic banks make profit through equity participation, which requires a borrower to give the bank a share in their profits rather than paying interest.”