Home Columnist 2023: Pressure mounts on Capt Jamil to pilot the affairs of Zamfara 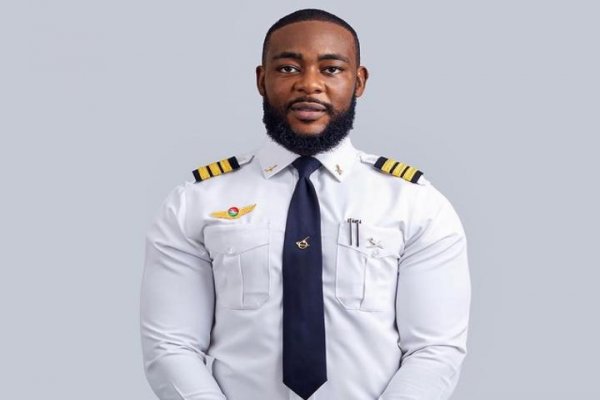 2023 elections may not be around the corner but there seems to be a silent revolution of trying to put round pegs in round holes going on already and people of Zamfara State who have opted for good governance are calling on Captain Jamil Mohammed Abubakar to throw his hat in the ring.

When asked about the 2023 governorship election, the name on the lips of many of the youth in the state right now is “Captain Jamil.”

While Jamil’s father is retired Inspector General of Police, Mohammed Dikko Abubakar and his father in-law is Alhaji Aliko Dangote, the richest black man in the world, he has been able to carve a niche for himself.

He is not resting on their laurels and the youth of Zamfara have been able to notice that he has the capacity to make Zamfara an ‘Eldorado’ for the people.

Jamil is currently a senior pilot with Azman Airline. As far as flying is concerned, he has over a decade of experience to his name.

An indigene of Gusau, Zamfara state; he was born and bred in three different continents at various time of his life. He went on to acquire an elementary education from Nigeria Military School in 1997, then a degree in Business Information Technology from Enfield College, London Class of ’04, a BSc degree in computing information systems, multimedia from Kingston University, London, Class of ’09, Epic Aviation, Smyrna, Florida Class of ’09 and Aero Star Training Services LLC.

Jamil’s passion for humanitarian and philanthropic works led him to establish two organizations that mentors, alleviate, and caters to the less privileged.

He is the President of JMD Foundation, a non-profit organization that was established in 2012, that has about 35 active members and has since done projects spanning community development, women empowerment, student alleviation, mentorship, feeding, and health.

Also the founder of an aviation mentorship program, through which he guides, coaches anyone with an interest in piloting as a career. As part of his youth empowerment scheme, he has also sent several aspiring footballers to Europe for trials: a feat that did not get media attention.

At the peak of COVID-19 in Nigeria, the pilot distributed food items and relief materials to cushion the effect of the pandemic.

He donated cash and supplies worth N50million to the vulnerable and the elderly in Lagos and Zamfara States.

Tagged “Operation Feed The Needy”, the scheme in April 2020, shared bags of rice, cartons of noodles, hand sanitizers, toiletries, etc., at Agege, Surulere, Obalende, Yaba and Makoko in Lagos. Similar donations were made in Zamfara.

It would be recalled that when asked about the speculations of a political ambition due to his humanitarian works over the years, he said “Giving back to the community doesn’t necessarily have to be political. Leadership should start from your private capacity and then grow into public service.”

If he decides to throw his hat in the ring, it is unclear for now which political party he would be joining.

The current governor is Bello Matawalle who won on under the umbrella of the People’s Democratic Party, PDP. He lost the initial election to Mukhtar Idris of the All Progressives Congress, APC on March 19, 2019 but reclaimed victory later at the Supreme Court.

Before the victory was upturned by the court, Mukhtar polled 534,541 votes as opposed to Mr Matawalle who got 189,452. The APC may field Mukhtar as their candidate in 2023 with a proper primary election this time around as he was able to garner more votes than the incumbent governor.

On the other hand, the power of incumbency may see Matawalle retain his candidacy of the APC ahead of the election in spite of the level of insecurity in the state today.

The Columnist ng gathered from a reliable source that apart from the masses who are calling on Capt. Jamil to run for the highest seat in the state, some heavyweights “see him as a candidate that would easily defeat his opponents irrespective of his party.” Time will tell if he joins any of the two major political parties or opt for a minor party.