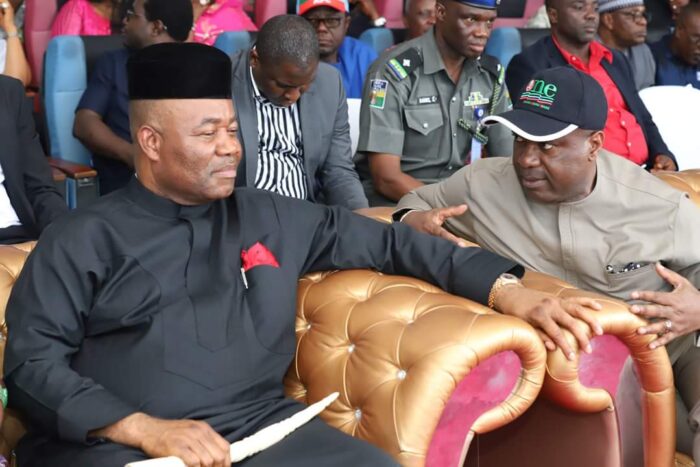 The current salacious tales of the alleged sleaze, scams and heinous criminal corruption coming out of the Niger Delta Development Commission, NDDC, probe brings to mind the admonition of  Honourable  Dimeji Bankole, the  speaker of the House of Representatives ( 2007 – 2011).

At 37, Bankole, scion of Chief Suarau Alani Bankole an Egba prominent citizen and businessman, was the youngest  speaker. In his own right, he proved himself as a politician of honour who, in retrospect, would now seem to be well ahead of his time.

Not many Nigerians will  forget in a hurry when he braved the odds to challenge his colleagues in the various states of assembly in the Niger Delta Region to do the needful and checkmate the state executives, referring possibly to the excesses of their governors.

This was at the height of the anger and the loudest noise of neglect  coming from the region. The finger pointing and accusations of neglect and marginalization were becoming relentless and  the oil producing but tragically deprived  Niger Delta, according to Speaker Bankole, was on the verge of explosion because of the  restiveness of  the youths.

The speaker, with an  uncanny sense  of  the prescience, warned  that it was time for leaders of the region to be held accountable to their people;  time for them to account for the humongous allocation they got from Abuja every month to develop the region. 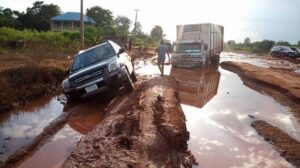 I can still recall his exact words:  “ There is a problem in the Niger Delta. The region is exploding. A state in the South -South Zone collects more ( from the federation account ) than all the states in the North-East and the law makers in those states are not asking questions on how the money the governments collect from the federation account is used. No state assembly from this region has asked the governors questions.”

This was in September 2008. The situation in terms of revenue allocation has not changed drastically since then. Four or five of them are among the top ten states in terms of allocation from the federation account. The big four are Delta, Akwa Ibom, Bayelsa and Rivers states.

But instead of the people asking probing questions and demanding answers, and holding their respective state governors accountable, it was more politically convenient or even more fashionable for them  to point accusing fingers elsewhere. Of course, the all-powerful government at the center  was seen as the major culprit, the one holding down their development, the one sitting on their money, not permitting resource control.

The demand, for sure, was driven more by politics than economic imperatives    and the genuine desire for the  development of the region. This violent  demand  was always sweet music to the ear, especially since, for most of the time, the government at the center was synonymous with the so-called Northern domination and exploitation of their resources.

The North, even before independence, was seen as the parasite in the emerging socio-political and economic milieu of the emerging project called Nigeria. Time, the so-called healer, has not entirely erased that picture.

But emerging trends would help to locate the major problems of the region, if not   of Nigeria, and hopefully point  the way to solution – some seeming  solution, that is.

Way back in the fifties, the Henry Willink Commission set up by the colonial government to look into the issue of minority groups in the country, took a particular interest in the Niger Delta. Its report in 1958 recommended the setting up of Niger Delta Development Board to consider the problems of the region. It worked for six years but it kissed the dust when the coup of 1966 took place. Though it was revived in 1976, it quickly gave way to the Niger Delta Basin Development Authority in 1978. Efforts to find a more lasting solution resulted in the setting up of another commission by the Babangida administration – Oil Mineral Producing Areas Development Commission ( OMPADEC). But with an allocation of  only three percent from the federation account, it did not make serous impact. It died when Sani Abacha regime set up the Petroleum Task Fund, PTF,  which also folded up  when Abacha died in 1998.

Enter General Olusegun Obasanjo in May 1999, this time as democratically elected president. The first sign that he would do things differently came shortly before he took office. He preferred to be called chief, like  most civilian matadors who have earned their slot on the chieftaincy high table.

Then he shaved off his trademark Lord Lugard-like mustache. On assumption of office he hit the ground running in compliance with the general expectation at the time. He abolished the Petroleum Trust Fund and ordered a probe into its activities. He followed it up with NDDC, the extant commission that now seems to have out- performed its predecessors in terms of meeting the expectation of the Niger Deltans. When he left office in 2007, his anointed successor, President Musa Yar’Adua capped it all with the setting up of Niger Delta Affairs Ministry specifically and exclusively for the development and the general well-being of the grieving Deltans.  He  granted amnesty with generous entitlements to the militants, military wing of the Niger Delta agitation, who were busy destroying oil pipelines.

With all these goodies, the noisy protestations still  made jarring noise all the way into the ears of eminent men like the  aforementioned Dimeji Bankole who felt the need to call attention to the acts of omission  and commission of legislators in the region. Their failure to hearken to his call for duty is partly responsible for the shenanigans that are going on today in that region.

Just take a look at it. The Niger Delta region with nine states has the very lucky distinction of being  governed and supervised by four layers of authority, all of them dishing out generous wherewithal for development. They have the federal government with over all authority for the region. It is ably assisted by the Niger Delta Affairs Ministry manned by a minister who is an indigene of the region. Then come the state governments with generous monthly allocation from Abuja. Closest to the grassroots level are the myriads of local government authorities that have constitutional authorities to collect their own allocation and spend it authoritatively, no question asked, on their people to get them out of this entrapment. Then the octopus – the Niger Delta Development Commission – joining all the others  in a very keen and healthy competition to salvage the Deltans from utter neglect and the despoliation of their territory by the oil companies.

In place of  a scheme like the  Marshal Plan or an  equitable revenue allocation formula, or to sound more palatable, resource  control, what the successive governments have done to assuage the feelings of the aggrieved and the grieving Deltans  was to deploy resource mechanism that would collide and summersault in keen competition to  please the people, even if it cannot develop the land for obvious reasons.

What can be more indigenous than the current arrangement? All the governors in the region are indigenous. No outsider unlike during the military regime. This is purely unadulterated self-government. All the local government councils have indigenous manpower. The Ministry of Niger Delta Affairs has an ebullient  minister who is, by flesh and blood, indigenous.  Unmistakably so. And then the NDDC is staffed up 99 per cent by pure indigenes.