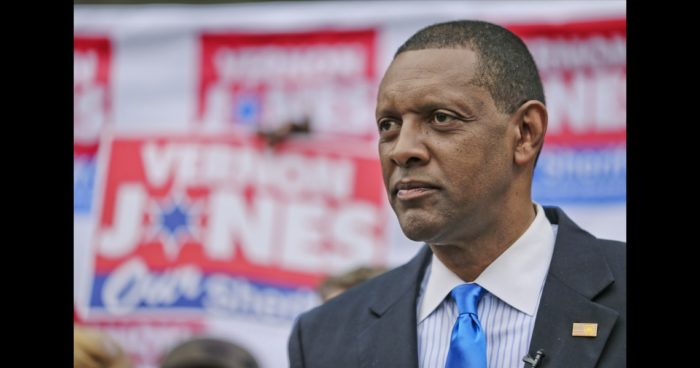 In the wake of the protests that erupted in Atlanta over the death of George Floyd last week in Minneapolis, Georgia State Rep. Vernon Jones said Monday that the event started as a “legitimate” demonstration by people who wanted to exercise their First Amendment rights.

“However, that was hijacked by looters, and thugs and hoodlums who did not in any way honor the gentleman’s life and those other lives that were lost in unfortunate situations,” Jones, a Democrat who supports President Trump, told “Fox & Friends.”

Jones said that there is a leadership issue at the local level.

“When you dial 911, it goes to our local fire and police, not to Washington, D.C. So, you have to be organized at the local level, have support from surrounding jurisdictions, law enforcement agencies, and then that gives you the backbone so you can handle this,” Jones said.

Elected and community leaders alike have condemned the violent riots that broke out across the nation following the death of Floyd.

Demonstrations in several cities, including Minneapolis, Atlanta, New York, Denver and Portland, started peacefully on Friday but turned violent at night as police and protesters clashed. The riots led to the destruction of police and private property, with rioters looting many businesses.

Atlanta Mayor Keisha Lance Bottoms gave an emotional speech on Saturday morning, citing the actions of looters who smashed windows and threw bottles, rocks and knives at law enforcement as “not a protest” and “not Atlanta