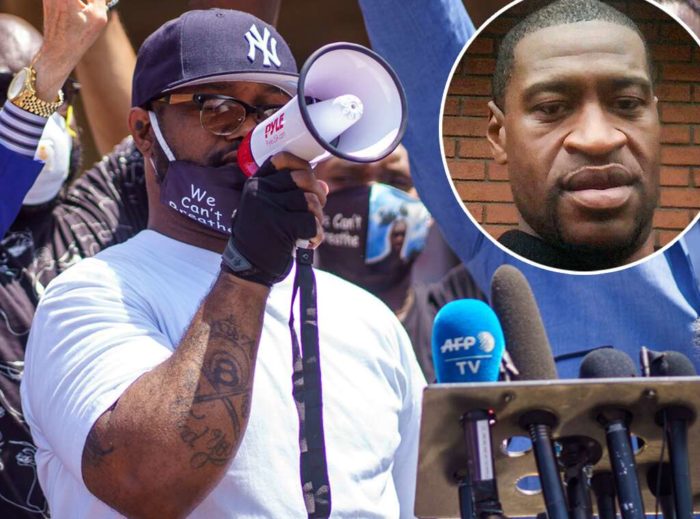 Violence has become the order of the day in many of U.S cities in the name of protesting George Floyd’s death. While there have been peaceful protests in some areas, most times, the encounters between demonstrators and police have turned violent.

Goerge’s brother, Terrance Floyd describes the protest as ‘destructive.’ According to him, his brother was about peace and unity.

He stated that “The things that are transpiring now, they may call it unity, but it is destructive unity.” 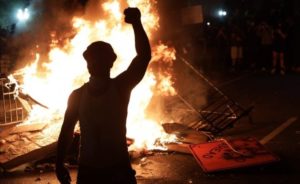 Violent protests in many U.S cities

Earlier, Terrence Floyd cried and knelt in prayer. He offered the crowd amassed around him the family’s hopes for peaceful protests and additional arrests in connection with his brother’s death. And he ultimately led the crowd through a series of chants, including “Peace on the left, justice on the right,” as if to say the two must go hand in hand.

Floyd arrived at the intersection around 1 p.m., the first time a member of his family had visited the spot where Goerge Floyd died after a police officer kept a knee on his neck for more than eight minutes.

When Terrence Floyd arrived, he was so emotional that two unidentified men stood on either side of him, and at points kept him from falling. George Floyd was a member of a religious Texas family. So his brother knelt, wept and prayed amid the flowers, protest signs, balloons, candles and other mementos left at the spot where George Floyd died.

Among the signs a few feet from a praying Terrence Floyd was one black and white placard bearing George Floyd’s last words, “I Can’t Breathe.” Most who gathered to watch the somber moment were wearing masks, including Terrence Floyd. His mask bore his brother’s image and the words, “WE CAN’T BREATHE.”

Eventually the crowd began to yell, “Take a knee!” More than 50 people did.

“So let’s do this another way,” he said. “Let’s stop thinking that our voice don’t matter and vote…because it’s a lot of us and we still going to do this peacefully.”

Terrence Floyd then lead the crowd in a chant of, “Peace on the left and justice on the right.”

Floyd thanked the crowd for its support and implored people to continue to press for justice in connection with his brother’s death. Then came a chant referring to the fact that only one of the four officers involved in the fatal encounter has been arrested and charged with a crime: “One down, three to go.”