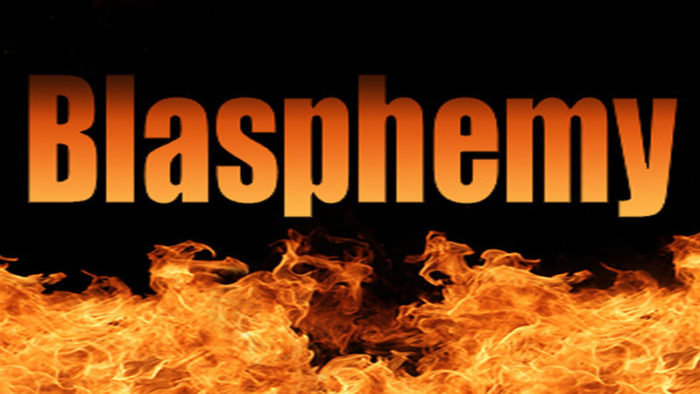 “Muslims are intolerant” is a statement being made on social media by people who don’t bother to ask questions. I think it is wrong to use one brush to paint people of one faith or ethnic group for the action of some people. There are over seven billion people in the world and everyone is responsible for how they choose to live their lives.

Although I’m not an Imam and I have never claimed to be holier than thou, I have received several messages from persons asking me to say something about what happened in Kaduna/Kano a few days ago. They believe I’m Muslim with an open-mind.

In my opinion, I think that the world should be united in finding ways to defeat coronavirus. This should be our topmost priority. The disease itself has nothing to with religion or any religious figure.

But this is clearly not the first time that people are angry about a negative statement regarding a figure they love and surely this would not be the last time.

I love having intellectual discussions and debates devoid of emotionalism. Please pay attention and read with an open-mind.

Tupac Amaru Shakur died 24 years ago. But if you say something negative about him in California today, you could get into trouble. There are some parts of America where they don’t tolerate thrash talks about Nipsey Hussle. In Buenos Aires in Argentina or Napoli in Italy, you dare not say anything bad about Diego Maradona.

In Nigeria, there are fans who fight over Wizkid and Davido, and Lionel Messi and Cristiano Ronaldo. Someone recently told me he would stop speaking to me if I don’t write something good about Messi. He said he noticed i usually share memes about Messi. I didn’t know he took it personally.

If you love yourself, you wouldn’t go the streets of Anambra to insult Nnamdi Kanu or MC Oluomo in Oshodi. Ask reporters who take pictures at ‘Prophet’ TB Joshua’s Synagogue Church of all Nations what they go through.

During the apartheid era in South Africa, speaking ill against Mandela was almost liked suicide.

In Jamaica, there are places you can’t say thrash about Bob Marley. In Nigeria, you can talk bad about Fela Anikulapo Kuti all you want but saying it at the Afrika Shrine in Lagos is asking for trouble. Yesterday, three people were arrested in Katsina State for insulting governor Bello Masari and President Muhammadu Buhari. There are many more examples.

Enter blasphemy about Prophet Muhammad (pbuh). Muhammad is revered by Muslims all over the world. The love for him is 100 %. His name is mentioned during the Iqama at the beginning of any of the five daily prayers. They have also read about him times without number.

Let’s remember that of all the celebrities in America, only Muhammad Ali’s name is not on the floor of Hollywood Walk of Fame. They had to put his name (Muhammad Ali) on the wall just because of the love and respect he had for ‘Muhammad.’

Ali said, “I bear the name of our beloved Prophet Muhammad and it is impossible that I allow people to trample over his name.” 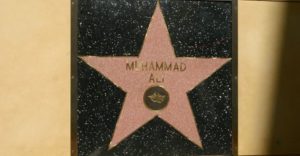 Apart from Muhammad, Muslims don’t joke with all the names in the Bible and Qur’an. From Adam to Jesus Christ. Muslims at an early age are told not to take with them to the toilet or any unclean place book or paper that has the name of Jesus or any other biblical figure written on it.

You would never see a Muslim sharing any joke about Jesus. When Netflix announced a movie about Jesus “being gay” Muslims joined in condemning it. A Muslim would joke about anything but not a religious figure.

Jokes about Jesus are either done by atheists or Christians. And no Muslim would partake in sharing the jokes, whether he or she is the type that prays five times daily or not. Even in a drunken state, a Muslim wont.

The names I mentioned earlier (Messi, Maradona, Mandela) for instance, are earthly figures. There is no connection between them and the afterlife. But Muhammad is a religious figure. And we know that religion has link with the afterlife. We also know that life on earth isn’t permanent. If some people easily get angry about those figures, some people would definitely get angry when Muhammad is insulted.

Reactions vary. For instance not all lovers of Liverpool FC would get angry to the point of fighting when you insult their club. Some would be upset and move on, others may get physical. The same thing with religion. This is why I feel it is wrong to use one brush to paint all Muslims who react violently to blasphemous statements. Do Muslims like it when the prophet is insulted? No! Are all Muslims going to react the same way? No!

Muhammad himself was insulted throughout his life-time. Never for once did he fight anyone as a result or ask any of his followers to fight on his behalf.

Mubarak Bala who was recently arrested insulted Muhammad in Kaduna of all places. One of the hotbeds of religious crisis in Nigeria. And he has been transferred to Kano, a place where a commissioner was recently sacked for making statements about Abba Kyari on Facebook. This is also a state where Emir Muhammadu Sanusi II was deposed not long ago for making statements they didn’t agree with. These incidents had nothing to do with blasphemy. What do you expect would happen to someone who makes statements they call blasphemous?

There’s a saying that when you are in Rome, behave like a Roman. You have to understand your environment. I’m not trying to justify his arrest. I’m only being realistic. There are people who spend all their time on social media making disparaging remarks about Islam and Muhammad in places like Lagos and some other parts of the world. No one has arrested them.

As for me, I love having intellectual debates. I don’t think there should be any topic beyond intellectual discussions. Sadly, many people who claim to be “open-minded” across religions are truly not open-minded. It is evident whenever religious conversations come up.

I want to point something out. The word bigot is not limited to a man wearing Jalabiya, turban and long beards or a woman with hijab. A man in suit and tie with glasses could also be a bigot. Bigotry is a thing of the mind, not appearance. A lot of people revealed themselves this period. It’s either they don’t understand Islam and made ignorant statements, or they simply have hatred in their hearts and have no regards for Muslims around them.

If it’s the latter, it is clearly as a result of lack of mixing properly. What I observed is that whenever there is something somewhat controversial that has to do with Islam, a lot of people expose their bigotry. In this recent event, while some people were trying to sound like intellectuals, they exposed the bigotry side of them by using one brush to paint all Muslims.

All you need to do is ask questions if you aren’t sure about anything. Being literate isn’t enough to make one tolerant. Tolerance is as a result of mixing freely with people of different faiths and ethnic groups.

Going forward, we just need to ask questions before coming on social media to mislead people.