Home Columnist Pains and gains of Covid-19 – By Yakubu Mohammed 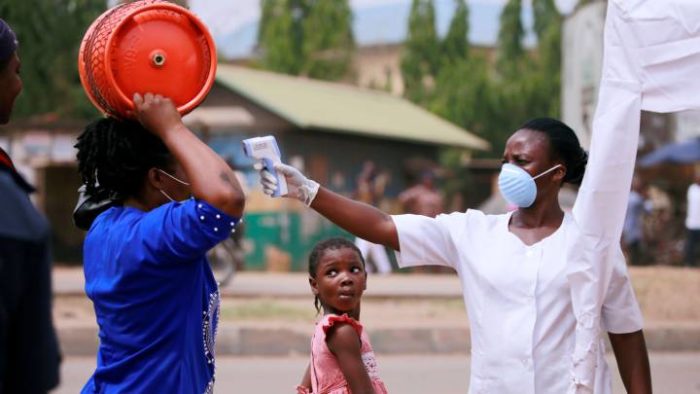 Every bad situation, every adversity, if you take the immortal William Shakespeare’s words for it, has its sunny side. He it was who said these living words in his play As You Like It: “Sweet are the uses of adversity which, like the toad, ugly and venomous, wears yet a precious jewel in his head.”

The current pandemic, which has shaken the world almost to its foundation, may not be entirely different from the situation painted by this sage, if you take a careful and philosophical look at it.

With all the pains, the lockdowns and the social and economic  disruption world-wide, to say nothing about its humungous fatality, the fear and the panic it engenders, at the end of it all,  the world, as we know it, would have been reshaped dramatically by this pandemic in a way  that might  portend good for humanity.

A virus that infected just one person in China’s famous sea-food market in Huanan, Wuhan Province late last year, quickly spread, transforming, in four or five months from the initial cluster as an epidemic into a pandemic that has now hit three million worldwide  with death toll of 210,000 persons as of Tuesday.

Speaking to Nigerians for the third time on Monday, President Muhammadu Buhari called this epidemic “ the greatest health challenge of our generation.” He said, in what is arguably, his best speech in recent time, that “ some 3 million confirmed cases of COVID-19 have been recorded globally with 900,000 recoveries. Unfortunately, some 200,000 people ( including 40 Nigerians) have passed away as a result of this pandemic.”

Nigeria’s index case was an Italian who came to Nigeria in February this year. He infected one contact person. From February, despite the commendably proactive action by the Lagos State government, the number of infected cases kept jumping and exponentially climbed to 1,337 cases across 32 states and the FCT with 40 deaths not to add the mysterious deaths in Kano State where in just one week hundreds of people some of them senior prominent citizens have been buried without clearly identified cause of death.

This, indeed, is a traumatic time in Nigeria. But it is such time that tests the will and the resilience of the people. It gladdens the heart therefore that the President in his Monday broadcast acknowledged the sufferings and the sacrifice of the people in the fight against this pandemic. The truth is that the trauma of this pandemic is an experience collectively shared; one man’s death is like  a death in every family.

The lockdown occasioned by the grim determination to contain the pandemic is a totally  strange experience for the people. Despite all the palliatives and the handouts, the suffering of the people is egregious. First the palliatives cannot reach everybody, including those who are most in need of it. The nation’s economy, not healthy at the best of times, has now  taken a serious, almost a fatal  bashing because of the global meltdown. It is in no position, therefore, to emulate the strong economies of advanced nations which are bailing out companies that have suffered losses because of lockdown.

It is noteworthy to remark that one of the obvious gains arising from the pains of the pandemic is that the government, somehow well noted for its strange taciturnity and apparent lack of empathy, has increasingly turned a hearing ear to what people are saying – now obviously responsive and accountable.

The president, who was initially slow to react when the virus made its debut internationally, eventually got into action and has risen stoutly to the occasion. Two weeks ago, when he spoke to the nation on the pandemic, he had promised to be guided by expert advice from time to time. Many Nigerians had taken a critical look at the measures adopted in the fight against the pandemic and had recommended  a balance between people’s health and the health of the economy noting that  70 of percent of it  belongs to the informal sector.

President Buhari’s Monday broadcast is evidence  of the fact that government’s latest stance  had  sufficiently profited from  their  inputs.

Hear the  President: “ Lockdowns have also come at a very heavy economic cost. Many of our citizens have lost their means of livelihood. Many businesses have shut down. No country can afford the full impact of a sustained lockdown while awaiting the development of vaccines.”

Though government does not contemplate complete lifting of the lockdown, but relaxing it  as the president indicated on Monday  would  help to alleviate the suffering of the people. It will reduce the  adverse  effect of the lockdown and hopefully remove the miscreants from the streets where they held sway day and night.

The petty traders and artisans, those qualified for the palliatives but who are not getting it, should be allowed to find some means of lawfully fending for themselves and taking care of their families. It is clear that in some localities,  sustained lockdowns can in fact help to speed   community transmission of the virus given the clustered nature of settlement and accommodation. There are places in the urban slums where a room  that is designed for a single occupant, harbors not less than eight persons, man, wife and six children.

In extending the lockdown for one more week, an action which immediately sparked  reaction in some parts of the metropolis, the President was probably unaware of the fact that Lagos was one week into lockdown before his own order for a two-week lockdown for Lagos, Ogun and FCT. By next week, Lagos would have survived six weeks  of lockdown. It is left for the pace-setting governor of Lagos State, Babajide Sanwo-Olu, to see how to tweak the situation in his domain to ensure that  youths restiveness does not lead to a major breakdown of law and order.

Another major gain from this adversity  is that it has taught the governments a lesson in how to be pro-active. In this wise, Lagos State stands over and above the rest of the country in the sense that, providentially, it profited from the lessons it learnt from the Ebola outbreak in 2014. Thus, without procrastination, it immediately went to work when this pandemic broke out, setting up more facilities and testing centers as well as training more staff in readiness for any eventuality.

At the national level and across the states of the federation, the pandemic,  if it  did not expose, at least it confirmed the infrastructure deficit in the health sector; that the health sector had not been adequately catered for and it is  by no means as healthy as it should be to inspire confidence in the citizens. Boss Mustapha, secretary to the government of the federation, the man who  is very ably riding  the storm in his capacity  as chairman of the Presidential  Task Force battling the pandemic, made a startling revelation the other day. He said that until this assignment, he did not appreciate the depth of the inadequacy in the health sector. Now he knows and he is the chief scribe of the government at the center.

This pandemic, more than anything else, is enough to jolt the government to take our hospitals from their status as mere consulting clinics of 1984 to the standard befitting the giant of Africa. That the most senior official of the presidency, the fulcrum of administration in the presidency, the man who had the ear of the president 24/7 should succumb to the wily ways of this pandemic and die in a private hospital far away from the seat of power and the seat of government in a state where a young and vibrant governor is calling the shots, is a major indictment of the health sector and the health of the nation.

This unfortunately is one of the gains of this pandemic.  But it can only  be a gain and not an endless pain, if the government learns any lesson from this episode and vow that never again will that shame of a nation repeat itself.