Home Columnist Music, curves and ideas for Ayo Animashaun at 50 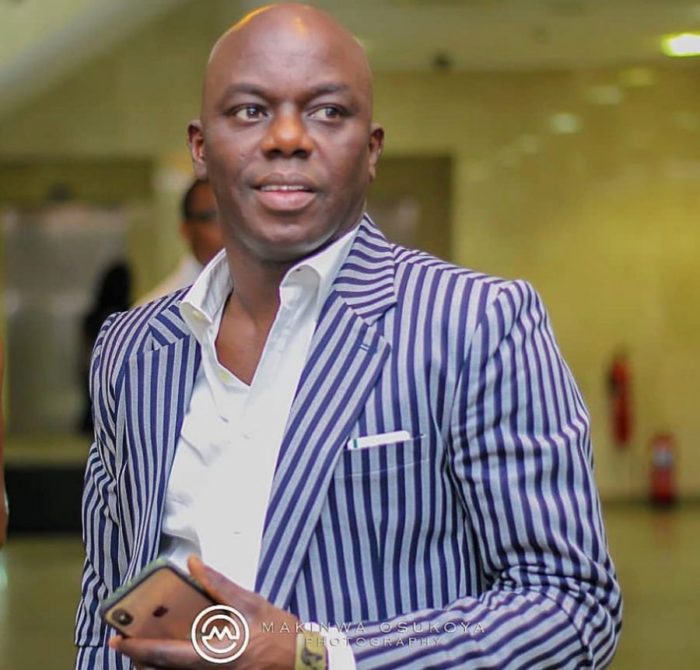 I can’t remember how I got introduced to Soji Dehinde.

But it was he who in turn introduced me to a couple of gentlemen who would go on to become friends, brothers, and supporters as I tried to find my feet in the late 90s and early 2000s. ’Ive shared before, of how he introduced me to the comedian and master of ceremonies, Tee A, when I was to debut Youths Awards for Excellence in Music in 1998.

It was that same year that I had the pleasure of being acquainted with Ayo Animashaun courtesy of Soji Dehinde.

Soji passed on a few years later, but Animashaun and I have remained in touch, becoming friends, brothers, collaborators, and everything else.

When I met him in 1998, he was 28 years-old, three years into his business HipHop World Magazine, and a celebrity in his own right. Everyone called him Nigeria’s youngest publisher and he had such larger than life image that it was a big surprise and disappointment when I got closer and realised he was just a struggling young man trying to make sense of the chaos called Lagos.

I should know. I was a regular guest in his Olusosun-Oregun  one-bedroom BQ before he was evicted. I spent many nights with him sleeping in his Sahadatu plaza office off Allen Avenue, buying meals on credit, running from creditors, seeing assets confiscated, dragging his reluctant Volks Wagon beetle around Lagos and Kwara, and struggling to pay designers and printers to work on the magazine. 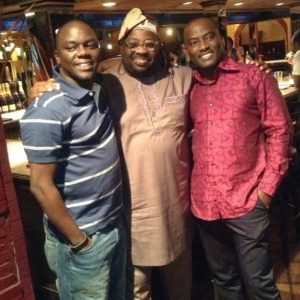 I was studying Microbiology at the University of Ibadan, but I had a passion for media and entertainment. Meeting Soji Dehinde, Ayo Animashaun, Tee A, Dayo Asaju, Ayo Oshun, NseobongOkon-Ekong, Efe Omorogbe, Wale Oluwaleimu, and many more in those early days played a huge role in how I eventually turned out.

Take Animashaun: he gave me free unrestricted access to his home and office and resources. It was during one of the many weekends in his house I first saw and learned how to use a computer – teaching myself PageMaker, MSWord, Corel draw, etc. It was through him I met most of the early big names of the time – including the Plantashun Boiz, Dele Momodu, Kunle Bakare (who would later become my employer), and so many others.

I would come from school every weekend and stay anywhere he was staying. Of course he would be unable to fund my return trip to Ibadan. But a visit to Dele Momodu always did the job: Bob Dee would give us enough cash to take me back to school and carry Animashaun for a week or more.

I was not alone. Before he was 30, Animashaun was already a magnet for the entire pop and HipHop culture in Nigeria. His songbook, and later magazine, captured the imagination of young people around the country; and he became one of the most influential figures of a terribly misunderstood youth culture.

But it was while he was studying for a national diploma at Kaduna State polytechnic that he went big with his passion, running campus clubs, creating and distributing songbooks, and spreading the gospel of hip hop.

In Lagos, he found a home in FAME Weekly magazine, under the guidance of Sikiru Olakunle Bakare and Femi Akintunde-Johnson. But he was squatting in such remote places around Lagos island and Abule Osun, that he ended up spending most nights sleeping at the Fame office in Ikeja.

Colleagues would mock him for sleeping in the office; for being so audacious as to think he could attempt to become a magazine publisher; or for not being Lagosian enough. 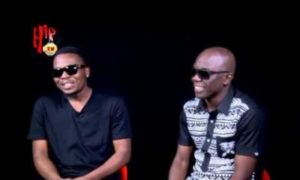 He was young, ambitious, and promising. He was also getting fairly known through his weekly music column aptly titled Hip Hop World, inside FAME magazine. But he was also broke, homeless, frustrated, and tired.

It was time to give up.

He decided he’d keep going. It wasn’t a difficult decision to take because his bosses at the time believed in him and used their relationships to get newsprint suppliers, and printers to transact with him on credit. The rest, to apply the overused cliché, is history.

He published the debut edition of the magazine with Michael Jackson on the cover, in 1995. And he hasn’t looked back. HHW magazine was the leading music magazine in Nigeria for over 20 years, and since ceasing publication, no other journal has stepped in to take up the space it left. And then he launched Hip TV, first as a weekly 30-minute magazine show, before becoming a full channel on DSTV and GoTV. And then he set up HipHop World Awards (since rebranded as The Headies), which interestingly is also the only surviving Nigeria only music honours event.

He’s spent the past 25 years building a media and entertainment business that puts young people and pop culture at its heart. He’s himself remained young at heart, in physique, and character; and he’s not for once failed to remember that it was innovation that got him through the door in the first place. So, he’s moved from giving Nigerian entertainers their first proper red-carpet experience on home soil, to pioneering real-time simulcasts of weddings, events and festivals; and even attaching prizes to awards beyond the prestigious plaques. 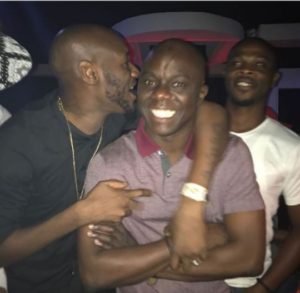 There are few entertainment companies started 25 years ago that are still around and relevant today; few heavy players from the past 25 years still relevant and influential today. And I do not know a lot of Nigerians more instrumental to the development of contemporary Nigerian music than Ayo Animashaun.

But I wish the business Ayo Animashaun built had become bigger than it is. I wish he would be able to raise some good investment, improve governance, take the company public, and if possible, go into other markets in Africa, Europe and America. I wish we would give the world our own Disneys and Viacoms and CNNs. And Animashaun is one of the few Nigerians who can make it happen.

What he lacks, in alcohol taste though, he more than makes up for in his impeccable taste and passion for gadgets, curves, squash, travelling, and cars.

I had a family friend once, Sunday Ologbese. May God rest his soul. Anytime he walked up to us for some chit chat in front of our gate in Okokomaiko, everyone knew what he was communicating, even without saying much.

Everyone proceeds to interpret ‘Fine’ in their brains as ‘dark, full-bodied, and tall.

When I met Animashaun years later, it wasn’t long before I realised that when he tells you of a lady he’s just been smitten by, you wouldn’t be wrong to picture her as TDC – tall, dark, curvy. With emphasis on the curves. But we shall not talk about that today, for I do not intend to embarrass a responsible father-of-four who may have his family reading this.

So how about we replace the above paragraph with his love for his kids, other people’s kids, and how he’s raising some of the most brilliant and well-behaved kids I’ve come across in a while? You only need to meet his first child, Ayotomiwa, to have an idea of the good parenting I’m talking about.

It’s easy to look at Ayo Animashaun and see a casual, playful, exuberant media and entertainment executive who’s been unable to take his business global even after 25 years.

This is a man who never attended business school, never raised any investments, built his company pre-social media and media tech, and who has stayed ahead of every technological evolution. How about looking at him as a pioneer,a visionary who walked so that many of us that came after could run and fly? If you like, you can even credit him as the guy who brought hip hop to Nigeria. I doubt anyone would argue.

Whatever you decide, I truly hope you take a minute today and pay tribute to the man as he clocks 50. He’ll be drinking water or Maltina, but I can assure you that some of us will finish a bottle of Delamain on his behalf. It is possible