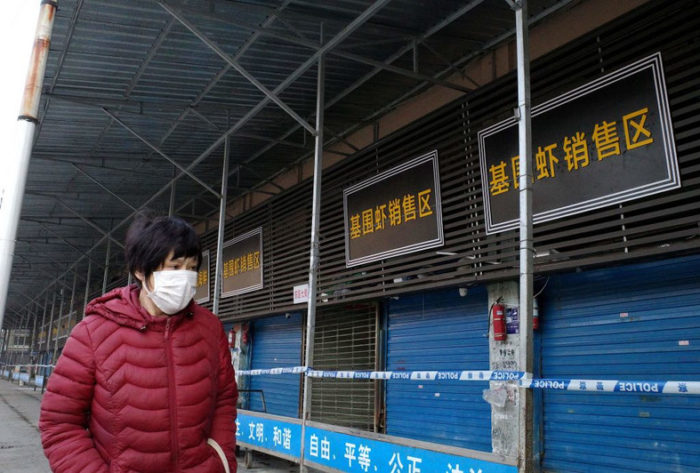 As coronavirus infections around the world rise, the number of new cases in China has plummeted dramatically, prompting some observers to look to Beijing for lessons.

In recent days, the number of daily new cases in China has gone from almost 2,000 less than three weeks ago to under 100. On Monday, China’s national health commission reported 40 new cases, its lowest daily since authorities began tracking the outbreak in January. According to the official figures, new infections in the rest of China, outside of Hubei province which has been hardest hit, have almost completely stopped.

China’s response to the virus has included strict social distancing, more than a month of city-wide lockdowns of Wuhan and surrounding areas, extensive public monitoring of citizens, as well as various methods of punishment and rewards to encourage adherence to such measures.

The efforts have been praised by the World Health Organization, which concluded in a report last month that China’s “bold approach” had “changed the course of a rapidly escalating and deadly epidemic”. It added: “In the face of a previously unknown virus, China has rolled out perhaps the most ambitious, agile, and aggressive disease containment effort in history.”

Experts say that the single biggest contributing factor to China’s containment of the virus has been the aggressive use of quarantines. In Wuhan, authorities converted stadiums and other facilities into mass quarantine centres and built more than a dozen temporary hospitals to house patients with less severe symptoms.

“Until this year, the argument favoured those against such measures on the basis that it would cause too many other negative impacts to the affected society and economy,” said Nicholas Thomas, associate professor focusing on health security at City University of Hong Kong. “What we have seen in China does not fully counter those arguments but it does call for more nuance in the way we approach future outbreaks.”

Political analysts say that China’s top leaders are likely to use any successful containment of the outbreak to trumpet its top-down system, which has become increasingly authoritarian under its president, Xi Jinping.

However, some Chinese citizens believe that the same system that allowed for aggressive quarantining and mass surveillance was at fault, especially during the early stages of the outbreak, because it discouraged transparency and a speedy response at the regional level. Critics say that often over-the-top measures – exemplified in videos circulating online of citizens being tied to a pole or publicly humiliated for violating prevention measures – could have been avoided if the government had acted more quickly and been more transparent.

Public health experts also caution that it is not the more draconian aspects of China’s approach that deserve emulating. Bruce Aylward, who led a fact-finding mission to China last month, expressed caution over the release of the laudatory WHO report, saying most countries were not ready “in mindset and materially” to implement the same kind of measures used by China.

Aylward and the WHO said China’s most effective measures were “extremely proactive surveillance” to detect cases, extensive testing and immediate isolation of patients, rigorous tracking and quarantine of close contacts and an “exceptionally high degree of population understanding and acceptance” of such measures.

Critics also doubt the reliability of official data from a government that has suppressed information about the virus, including punishing those who attempted to warn others about the mysterious Sars-like disease as early as December. Officials did not move to contain the virus until late January, weeks after it had first been detected.

Chinese officials themselves are also wary of announcing victory too soon, especially as people return to work and provinces prepare to re-open schools. Chen Yixin, deputy head of the central government’s steering committee on handling the outbreak, said on Sunday: “We cannot be blindly optimistic. We must stay vigilant.”