Home Columnist What is the truth of Boko Haram? – By Abimbola Adelakun 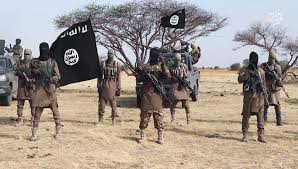 The news of the murder of the chairman of the Christian Association of Nigeria in Michika Local Government Area of Adamawa State, Lawan Andimi, is unfortunate. Andimi had been abducted earlier in the month when Boko Haram insurgents attacked his village. Days later, he appeared in a video clip where he appealed to his state governor, Ahmadu Fintiri, to rescue him. It is painful that he was killed eventually. Multiple Christian organisations, both locally and internationally, are reporting the incident of Andimi’s death as part of the growing evidence of Christian persecution in Nigeria and also construing his death as a martyrdom. However, it was another needless death.

Andimi’s death is tragic, and it makes me worry that after the publicity they have received from this incident, Boko Haram will now be targeting more Christian leaders in the coming months. If indeed the sum of N50m was offered as a ransom for Andimi’s release and the terrorists rejected it because they insisted on the £2m they initially demanded, they might have successfully raised the stakes for their next operation. Now that they know how much Andimi meant to us, they could be aiming for others like him.

For an organisation that has been purportedly defeated, these terrorists have been quite active, and their scale of activities intensified in recent times too. What exactly is the state of affairs on Boko Haram? The news reports of their actions in recent times have been highly discouraging. Lately, it was reported that 17 Nigerian soldiers were killed, and others abducted by Boko Haram insurgents. I must note that the Nigerian Army has denied this report but given their history of denials and cover-ups on similar issues, it is hard to take their word for it. In this same Nigeria, we have seen how the ultimate sacrifice of soldiers fighting Boko Haram has been treated as a shame, and they have been buried secretly rather than ceremoniously.

There have also been reports of Boko Haram factions openly clashing and killing innocent people; an attack on the convoy of the Emir of Potiskum; multiple killings and abduction of both civilians and the Nigerian troops; lockdown of a whole town like they did in Damaturu; abduction and murder of four aid workers; attacked a governor’s convoy, and even cut off the electricity supply to Borno State from the national grid. In December, one of Boko Haram’s affiliate groups claimed to have executed 11 people as retaliation for the death of the ISIS leader, Abu Bakr al-Baghdadi, who was killed by the US in Syria in October. These are a mere handful of the trauma and anguish that those in the region where the terrorists are mostly domiciled deal with as a daily reality.

More than 10 years after the killing of the sect leader and founder of the Boko Haram, Mohammed Yusuf, Nigeria has been embroiled in a series of mini-wars against terrorism that now seem to be intractable, unending and unwinnable. In 2015 and at the beginning of the current regime, the President, Major General Muhammadu Buhari (retd.), eager to score a victory on the prolonged counterinsurgency war, first announced that the military command and control centre would be relocating from Abuja to Maiduguri (Borno), the central location of the insurgency until the conflict was resolved. In August of the same year, while decorating new service chiefs, Buhari also ordered the men to end the Boko Haram nuisance within three months.

When the time passed, the regime declared that Boko Haram had been “technically defeated” and were finally on their way out. Nobody knew what “technical defeat” meant, not even the garrulous Minister of Information, Lai Muhammed, who made the pronouncement. In 2019, when he was confronted again with the question of Boko Haram’s defeat, Muhammed wangled his way out of the corner he boxed himself in by insisting that Boko Haram was indeed “technically defeated” in 2015. If we still have an ongoing war, it was because we are now embroiled in global terrorism. In other words, although Boko Haram had been exorcised enough for them to take it off the list of election promises, the prospect of reprieve from their attacks remains permanently open-ended.

Today, it seems that even Buhari’s initial excitement about winning the war has waned, and he has resigned to the prospect that we will have to live with Boko Haram for a long time. People have challenged him to rejig the top brass of the armed forces, given how lacklustre some of those service chiefs have now become. The inability to move Buhari to take spirited efforts to reinvigorate the army’s fighting spirit suggests that he does not see an end in sight and might have reconciled himself to the possibility of its perpetuation and permanence. Yet, at some point, we need to assess where things stand to know if there will ever be a reprieve or the killings, abductions, and rampage will continue?

One day, Nigeria announces successes against the Boko Haram, and next day Boko Haram carries out agonising violence against poor Nigerians. What is the truth of the Boko Haram war that Nigeria has been fighting for a decade, for which victory has been declared several times, and yet Nigeria has not been able to surmount? Even more worrying is the realisation that the war on terrorism has morphed into some other distracting security problems elsewhere throughout the country that it is gradually becoming impossible to sieve one from the other.

From the various cults of violence rampaging the country to other ethnic clashes that have ranged from sites such as Benue to Zamfara, to the genocidal attacks on Christian communities, to the general feeling of insecurity that pervades Nigeria, we have our hands full. Given the scale of violence they all perpetrate, and how they execute them, they are becoming barely distinguishable from the other. Violence has become a culture in Nigeria, and different groups now ramp up their scale of attacks to the most spectacular level they can go to establish themselves as part of public consciousness.

The prolonged war has sapped Nigeria financially and morally, but we are not any closer to a resolution than when we started. Some of the soldiers at the battlefront have claimed that they have not been home in three years, while some others have complained about being underequipped to fight the battle. Just recently, the European Union Parliament observed that there had not been progress in the fight against Boko Haram insurgents. Nigeria expectedly took umbrage at the report of the legislature’s comments and responded that observers should avoid commentaries that suggest they are taking sides.

According to the Chief of Army Staff, Tukur Buratai, all the spate of attacks by Boko Haram insurgents in recent times are “the kicks of a dying horse gasping for the last breath.” It is almost uncertain if Buratai is being merely facetious with his metaphor, but he needs to realise that some people’s lives depend on him taking himself seriously. This horse’s supposed death is exaggerated. If it is truly dying, the outcome is prolonged and its last kicks too vicious for an animal that is supposed to be taking its last breaths. If, in the coming weeks, the USA puts Nigeria on the list of countries it is either banning or restricting because of the increasing scale of religious attacks, other countries too will follow suit. They will increase scrutiny on the country and probably restrict the movement of Nigerians as they crisis-cross the globe.

That is why we need a heightened sense of responsibility and accountability than we presently get on this issue of Boko Haram. They keep declaring the end of Boko Haram, but the group remains ever ready to unleash evil. Each time they tell us Boko Haram is on its last legs, what they are doing is telling people to endure because there is an end in view. After almost four years of announcing the end, they had better start telling the truth.