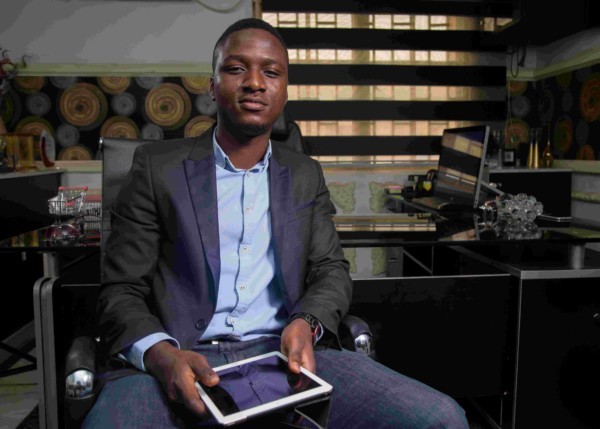 Founder and CEO of Krakstv, Femi Bakre is 27 years old today and Nigerians from all walks of life have been showering encomiums on him on all social media platforms.

At 27, a lot of young Nigerians lack focus and direction in life. As for Bakre, he is already successful by any standard. He has won several awards as a result, and shows no signs of resting on his laurels.

His story is like a fairy tale. It is one all parents would wish for their children. This young man from Ago Iwoye in Ogun State is a graduate of Electrical and Electronics Engineering from the University of Lagos. He emerged the best graduating student for the 2012/2013 session with a 4.86 CGPA. In other words, he made a first class and was the best student that year.

In 2017, he obtained a masters degree in Future Power Networks from Imperial College, London and also won The Future Awards Africa (TFAA) Prize for New Media. In 2018, he was nominated for Best Use of Social Media, by MAYA Awards Africa. He achieved all this before 26.

He founded KraksT V in August 2015. It is a comedy channel with a presence on YouTube, Instagram, Facebook and Twitter, with 1.7 million followers on Instagram alone. The Columnist gathered that this comedy platform which was founded with zero capital, today, boasts of a staff of over 30 people, and provides services which include digital marketing, branding, content creation, and consultancy for its clientele.

His younger brother is Tobi Bakre, model, actor and ex-housemate of Big Brother Naija, while his wife Mariam Bakre is a comic content creator.