Home Columnist Nigeria 2019: Have we learnt any lessons? By Reuben Abati 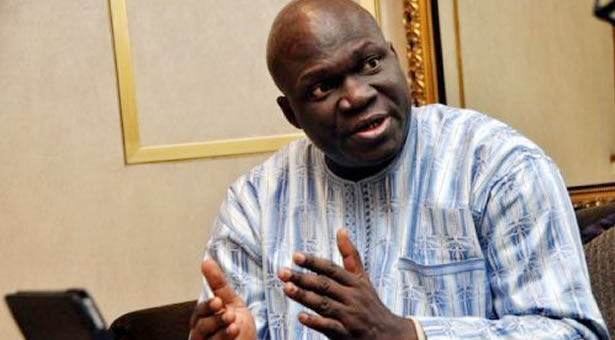 The 2019 general election in Nigeria has been described by international and local observers, stakeholders, direct participants and the electorate themselves as a “disappointment”, “ a bad day for democracy”,  “a step back from whatever Nigeria may have achieved since the return to civilian rule,”, “a shameful exercise”, “below par”, “an affront on international standards and best practice”… indeed, there is a near-universal consensus that the 2019 elections have failed the test of integrity. However, no one should expect that democracy will produce perfect results: it is in the nature of democracy itself to spring its own surprises and contradictions, be it in the United States which is yet to recover from the issues arising from the 2016 Presidential election, or in the United Kingdom where democracy has created a Brexit crisis and the people are seeking to correct the problem with more democracy, or in Thailand where a military junta and the monarchy seem to have conspired to extend military rule through the vehicle of democracy. But even in these examples, nothing compares to what Nigeria has just gone through or is still going through in the name of democracy.

Since 1999, there has been a concerted effort, and clamour,for the need to strengthen the electoral process, to ensure that the people’s vote counts, and to reduce the menace of electoral malpractice and irregularities. In 2007, the newly elected President Umaru Musa Yar’Adua publicly acknowledged the need to address the crisis to move the country forward. This led to the establishment of the Uwais Committee on Electoral Reform which made far-reaching recommendations on how the electoral process could be improved. The Uwais Report suffered a Nigerian fate. It was swept under the carpet. In the 2011 and 2015 general elections, with Professor Attahiru Jega as the Chair of the Independent National Electoral Commission, Nigeria managed to reduce the scope of electoral abuses. One clear sign would be the relative gradual reduction in the number of election petitions. By 2015, Nigeria’s electoral chiefs were being sought after by other West African countries to help train their election officials, to help manage electoral processes across the sub-region and to offer useful advice.  In 2015, the unusual happened when a sitting President and a ruling party lost power at the centre and every one hailed the development as the triumph of democracy.

What was overlooked was the fact that Nigeria’s democracy often described hitherto as “fledgling”, “nascent”, “putative,” in spite of the appearances of progress, had not yet grown in any real sense. It remained a “nascent” democracy. The relevant institutions for delivering credible outcomes were still problematic. We were carried away by the good sense and intentions of temporary leaders, we were carried away by short term achievements of good men, we failed to realize that it is better to keep power in the hands of good institutions and to protect the integrity of the state itself. With the transfer of power to a new set of leaders, the illusion vanished, the situation unravelled. New managers took over the same institutions for electoral processing, and whereas they make the right noises about “free, fair and credible” elections, they have proven to be more desperate for power, strictly Macchiavellian, and ready to use the instruments of state to achieve their objectives, fair or foul. The residue is this: the state cannot be entrusted to the whims and caprices of individuals. The Nigerian state must either evolve or continue to be recursive. Greedy and unfeeling political leaders cannot be trusted.

In 2019, Nigeria took many steps backwards. Every electoral malaise that we have identified over the years was on full display in larger and surprising proportions. The images may not be entirely new, but the scope and character were shocking.  Those who have been handed victory may be holding thanksgiving services and prayer sessions, but they obviously know in their hearts, if they have any conscience, that is, that they have not done well at all. We are now in the era of “Inconclusive elections”, but it is, the electoral umpire the Independent National Electoral Commission (INEC) itself that suffers from this newly discovered disease that is called “inconclusive”, it is the country itself that is “inconclusive” to the extent that it is yet to evolve beyond its original fault lines. The cracks have opened wider, the reign of impunity has been enlarged, the people do not want the worst to happen, so they seem to have opted for the default mode of cowardly acquiescence. “What can we do? I can’t come and kill myself for Nigeria. I beg, let them do whatever they want, is it not just another four years? This is the back-face of voter apathy in Nigeria. The front-face is the brazen manner in which the electorate bartered votes for cash on election day.

In many polling units, voters sold their future at the rate of N2, 500 per year and hence for the next four years, they collected N10, 000. The Nigerian professional political elite has perfected the art of exploiting the people’s poverty for political ends. Where this may not work, the goal was still achieved through violence – in 2019, thuggery was openly declared to be a profession like law, engineering, or medicine, and the state simply looked the other way. More lives were lost in the 2019 Nigerian general election than the casualty rate in the aftermath of the Cyclone Idai that caused massive devastation in the Southern African countries of Mozambique, Zimbabwe and Malawi. Nigerians found themselves in a situation worse than a state of nature, and they just seem to be moving on. Something is wrong with Nigeria. We need to worry about its future.

Beginning with INEC and its leadership. How is the INEC Chairman, Mahmood Yakubu feeling right now? Those who know him say he is a well-educated man. They describe him as a gentleman. But he has just presided over one of the roughest elections in contemporary Nigerian history. He has taken INEC to the lower depths. He makes Attahiru Jega before him, look like a star. The irony of it all is that Mahmood Yakubu is in addition to being INEC Chairman, the Chairman also of the ECOWAS Network of Electoral Commissions (ECONEC). In that capacity, he has in the last two years, been more or less, the chief electoral officer across West Africa, providing technical support and advice, and getting Nigeria to play a leading role in ensuring sub-regional stability. Wherever he went, the ECOWAS team celebrated him. But here we are: the same Professor Yakubu Mahmood has not been able to provide the same quality of leadership in his own country. I don’t know what the judgment of history would be, but I can see very clearly that only a minority will be satisfied with the performance of INEC under Yakubu Mahmood’s watch. He once boasted that he has conducted over 180 elections since his assumption of office but Nigerians will remember him more for the number of inconclusive elections that he and his team presided over. INEC under his watch, has disappointed Nigerians.

Will Nigeria or the government learn any lessons from what has happened so far in these elections? I don’t think so. Have we learnt any lessons yet? No, we haven’t.  I think Nigeria and its people will just move on. They will forget very soon and 2023 will not be any different. Amnesia is this country’s principal ailment. The failure of the people is the original source of the failure of the country itself. This is what gives the architects of impunity and violence so much audacity.

II: The Forgotten and Lonely Change-Agents

The change agents expressed their intention to help save Nigeria but they were denied and ignored because they didn’t have the instruments of state and the forces of coercion under their control,

I am worried that many of these gladiators, those change agents who thought they could get involved in the game – that is what it is, to be honest- and make a difference have all been forgotten and abandoned. To tell the truth, they have all been consigned to a lonely place in the corridors of power and history. The Presidential race was reduced to a two-man, two-party race. A 76 –year old Muhammadu Buhari vs. a 72-year old Atiku Abubakar, PDP vs, APC, in a country that is predominantly dominated by youths, with as many as 91 registered political parties. Nigeria’s 2019 Presidential election was a battle of the septuagenarians. And you still wonder where were the youths? They were busy collecting N10, 000 per vote, brandishing machetes, killing people in Rivers, Plateau. Bauchi and Kano. They supported the old men. They sold their souls for cash. Some of them got killed. Many of them have survived and they hope to be compensated for their criminality.

Nigeria must spare a thought for those now forgotten and lonely young men and women who lost out because they did not have the instruments of state under their control. They failed because they could not match the masters of impunity money for money. These change agents, many of them went round Nigeria, but they had no money to give the electorate on election day. Only people who have access to good money and licensed bullion vans win elections jn Nigeria. Now we know that. Many of them were articulate and charismatic. But nobody wins a Presidential election in Nigeria by being articulate. They had big ideas about the future of Nigeria. Nigeria 2019 was not about ideas. It was about brawn, cash and impunity. 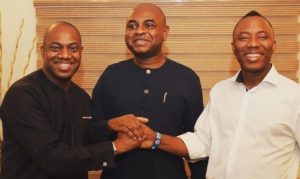 As we take stock of the tragedy and the disappointment that has befallen us, it is important that the triumphant crowd, staging hollow victory parties, remembers the true change agents who tried but failed. It is important we pay tribute to those gladiators whose messages of hope and redemption remain nevertheless all-time relevant. Please step forward Emmanuel Etim (38) of the Change Nigeria Party (CNP), Omoyele Sowore (47) of the African Action Alliance (AAC), Gbenga Olawepo-Hashim (49) of the People’s Trust (PT), Kingsley Moghalu (55) of the Young Progressives Party (YPP, Ali Soyode (55) of the Yes Electorates Solidarity (YES), Olufunmilayo Adesanya-Davies (56) of the Mass Joint Action Alliance (MAJA), Adeshina Fagbenro-Byron (59) of the Kowa Party,  Obadiah Mailafia (61) of the African Democratic Congress (ADC),  Fela Durotoye (47) of the Alliance for New Nigeria (ANN), Tope Fasua (47) of the Abundant Nigeria Renewal Party (ANRP), Eunice Atuejide (40) of the National Interest Party (NIP)…. Obiageli Ezekwesili (55) of the Allied Congress Party of Nigeria (ACPN),  former World Bank staff and former Minister of the Federal Republic was also part of that crowd until she saw the handwriting on the wall, and announced her withdrawal from the race but of course, she was nicely remained by INEC that expression of interest in Nigerian politics is at some point, a trap from which no one can escape.

But all of these key Presidential aspirants/candidates and similar persons at the state and local levels, like Banky W in Lagos, didn’t get any chance to make the significant impact they wanted to make. They were shut out by moneybags, Godfathers, thugs, the threat of violence, and the triumph of impunity. Many of their parties may soon be de-registered in accordance with with the law.

These were men and women who probably suspected that they would not win because of the transactional and pre-bendal nature of Nigerian politics, still they went to the field and spoke their mind. Their message, collectively is clear: they want a different Nigeria, a new Nigeria, a better Nigeria, a Nigeria that serves the interest of the people, not the interest of a cabal. I salute their courage. The future of Nigeria belongs to those persons who take the risk to challenge the status quo. This is our only source of future strength. As we can see –  too many activists and radicals in civil society have voted for sheer pragmatism and hope has become the most expensive item in Nigeria today.