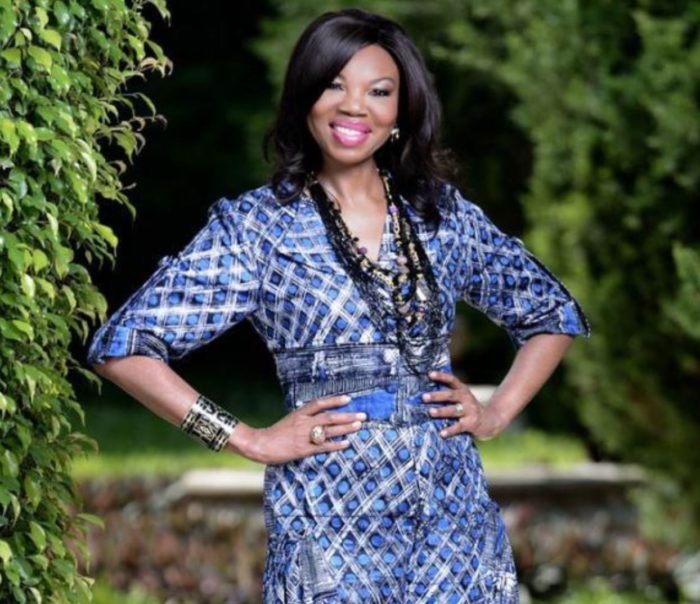 Betty Irabor, publisher of Genevieve magazine turned 62 today and Nigerians from all walks of life have been showering encomiums on her.

The most asked question today is: “How come she looks this young?” Many have wondered how she has managed to look the way she looks at the age of 62.

In an interview with Sun Newspaper two years ago, she said: “Actually, I’m passionate about wellbeing. I exercise and visit the SPA every Friday. I do facials and body scrubs. It’s very important.

“My beauty regime is really strong. I detox once a month. I swim and I have finally found a beauty range that works for me. I do a lot.

“For instance, in my bathroom, I exfoliate every other day. It’s not about bleaching but removing the cells that are not necessary and using a serum. Otherwise, age cometh and believe me, you will age if you do not continuously take care of yourself. Also, I drink a lot of water.”

There you have it. She is conscious about physical look that is why she looks the way she is at the age of 62. There are many people far younger than her, but look far older than her.

I believe she was only trying to be modest and humble by not going further to say that one of the secrets behind looking young at this age, is to be loving person. Yes! Aunty Betty as she is fondly called has a large heart. She is loving and caring. She is a wonderful woman. She has helped a lot of people with her philanthropic ways.

Everyone loves Betty. In fact I have never come across anyone who has spoken ill of her. They always have nice things to day about her. When it comes to being a role model, she is the epitome of it. While she has been motivating ladies to strive for greater heights, men have also been motivated by her can do spirit.

She has inspired millions of Nigerians without knowing. Her book ‘Dust to Dew’ was just another way of her inspiring those who are battling with depression, never to give up.

How did she achieve this level of fame that everyone is celebrating her today? Well, she earned it. She has paid her dues as she planted the seeds for this over 30 years ago.

Betty Irabor born on March 25, 1957, is a Nigerian columnist, philanthropist, writer, publisher and founder of Genevieve magazine. She formerly had a column at Black & Beauty magazine UK. She also has a foundation that promotes breast cancer awareness, early detection and treatment.

She is married to Soni Irabor another very successful media man.

Mrs Irabor has a nonprofit organization known as Genevieve PinkBall Foundation. Prior to establishing Genevieve Magazine in 2003, she had previously worked as a freelance writer for ThisDay, Vanguard newspapers and contributed a few columns for black Beauty magazine.

She started her career in the media in the early 80’s at Concord newspaper owned by late business mogul, Chief Moshood Kashimawo Olawale Abiola.

In 2011, she was honoured by Association of Professional, Women Bankers as the most accomplished female publisher in Nigeria.

She recently launched a book titled ‘Dust to Dew’ which basically chronicles her journey through life, battles, insecurities and her fight against mental health and depression. 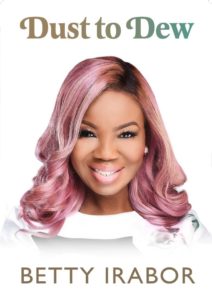 “Dust is chaos, Dust blinds, it inhibits. Dew is Life, it is Hope, it is New Beginnings”, she said.

Excerpt from the book reads…

“Insomnia and menopause! This is something women don’t talk about but the reality now is that people go into menopause as early as 37. I went into menopause on the other side of 50 but the depression came later. It wasn’t diagnosed in time. I was simply told I was under severe pressure and was advised to close down or take two years off. I lost a lot of weight and people thought it was intentional. ThisDay Glitterati wrote I was anorexic.

“I woke up one day and decided to get out of it. I decided to fight and get my life back.”