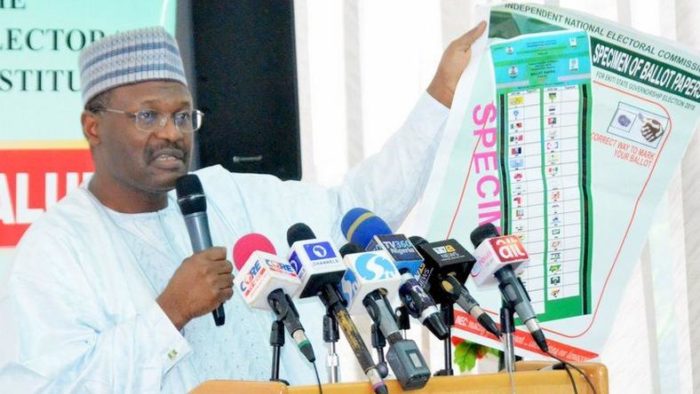 With the 2019 general elections substantially behind us, except for the plethora of litigations that may naturally arise, worried Nigerian patriots must now address their minds to what collectively the nation can do to have a more credible, free and fair and violence free election post 2019. We cannot all live in denial and pretend to believe that all was well with the conduct of the 2019 elections.

For emphasis, not all of us are willing to believe otherwise, not with the painful and shocking postponement of election at the last minute for logistical reasons, the inconclusive elections, when they were eventually held, and the avalanche of supplementary elections some of which suffered the same fate as the original elections.

Some of the supplementary elections, which were designed to be more corrective and conclusive, still suffered from allegations of egregious violence instigated by sponsored thugs officially supervised by security agents. These supplementary elections were suffused with the same allegations of harassment and intimidation of opponents and even journalists and accredited election observers in whose presence ballot papers were thumb-printed openly with impunity that has become second nature to power mongers.

Going forward, we must find an answer to this pernicious conundrum of election inconclusiveness which not only breeds suspicion, but creates tension with the potential of aggravating the country’s pandemic insecurity problems.

But the answer, in my view, is simple. Those at the helm of affairs must develop the political will to crack this hard nut.  As a step in the right direction, the House of Representatives showed some sparks of anger when it resumed from the long election recess. Apparently still smarting from the anger of inconclusive elections, a new phenomenon in the electoral process, members voted to amend the Electoral Act. This followed the adoption of a motion of urgent national importance moved by Sunday Karimi of PDP, Kogi State who believes that INEC does not have the power to declare elections inconclusive.  He was quickly reminded that INEC, drawing his power from Supreme Court ruling, can declare elections inconclusive.

After a long winded and fairly acrimonious debate along party lines, the house adopted the motion that it was wise to take another look at the Electoral Act and to see how to get the Supreme Court to revisit the matter. If that happens and the result is taken along with the salient recommendations of the Justice Mohammed Uwais Committee report, hopefully future elections may be devoid of the ugly phenomenon of inconclusiveness and supplementary elections arising from violence.

Admitting that the presidential election that brought him to office in 2007 was shambolically flawed, President Umaru Musa Yar’Adua, with a political will that was unprecedented in our territory, set up the 24 man Electoral Reform Panel headed by retired Justice of Nigeria, Justice Muhammad Uwais. The panel was charged with the task of examining “the entire electoral process with a view to ensuring that we raise the quality and standard of our general elections thereby deepening our democracy.” Though the report was widely acclaimed as a panacea to electoral malpractice, with the citizens demanding a complete adoption and implementation, President Yar’Adau did not live long enough to see this task to a conclusive end.

But Dr Goodluck Jonathan who succeeded him was faithful to him up to a point. At least he ensured that the Electoral Act of 2010 profited in part from the recommendation of the Uwais panel. But the rest of the report was either abandoned or some part of it watered down and made malleable for easy manipulation. Some of the most urgent and salient recommendations like the establishment of an electoral offences tribunal have been honoured more in the breach than in the observance. If implemented, this bit would have served INEC very well as it lacks the capacity to prosecute election offenders. It would have been the role of the electoral offences tribunal to ensure that offenders are punished instead of being allowed to roam the town as they wish with their fierce visage and deadly weapons of death.

The Uwais panel had also recommended a separate commission, Political Parties Registration and Regulation Commission, to be saddled with the responsibility of registering political parties and regulating their affairs. In effect, this would have led to the unbundling of the INEC as we know it today and free the main body to conduct only the elections.

Instead, today we have 91 political parties. Any Nigerian learned enough to call up to ten of these parties off head would deserve a gold medal. But these mushroom parties make their demands on the overtasked INEC. At least 73 of them entered the race for presidential election. And because of them INEC printed not less 400 million ballot papers. At the end of the day, only two dominant parties were visible to the voters. Many of them scored as high as a princely lonely one vote in some polling units.

When the Uwais panel attempted in its report to bring down the number of parties, the method it adopted, using the proportional representation template, became tortuous and clumsy if not incomprehensible for our able but impatient technocrats in the corridors of power. They jubilantly threw it out of the window. Today we are saddled with this humungous figure of 91 and we may still be counting.

We are equally saddled with the hybrid of analogue and digital technology: registration and accreditation of voters is digital via the instrumentality of the card reader. It sits uncomfortably with the analogue system of manual voting, manual transmission of votes and manual collation at the various polling units. Where hoodlums did not tamper with the exercise, it took INEC, at the best of time, four days to announce the results.

But manual collation is an incentive to all manner of malpractices. Such centres have strong attraction for thugs who are determined to disrupt the process and force inconclusiveness hoping to profit from the resultant supplementary elections.

Consequent on Justice Uwais panel report and its full implementation, the subsequent elections 2011, 2015 and 2019 ought to be far better than the flawed 2007 election. But luck was not on our side. The post- election violence of 2011 led to the Sheik Ahmed Lemu panel set up by President Jonathan. There was nothing in Lemu panel’s report that had not been dealt by that of its predecessor.

But apparently not very comfortable with anything done in the years of the locust, the 16 years when all the bad things were deemed to have happened in Nigeria, President Muhammadu Buhari would be forgiven if he did not bother to look at those  panels whose reports were foisted on the nation as the  cure all panacea for electoral malpractices.

Justifiably, it would seem, he decided to set up his own panel. Named appropriately as Electoral and Constitution Reform Committee, he put the eminent and distinguished scholar, former Senate President Dr Ken Nnamani as chairman. The committee, according government, was expected to “review electoral environment, laws and experiences from recent elections conducted in Nigeria and make recommendations to strengthen and achieve the conduct of free and fair elections in Nigeria.”

The Chairman’s response on the occasion of the committee’s inauguration, was apt and, in my view, instructive. He said he was confident that President Buhari was intent on enhancing democratic structure in the country and declared: “The issue of inconclusive election in the country affects national election which leads to loss of lives and the best way to handle it is to stop inconclusive election.”

The long and short of it is that all the well- known electoral malfeasance waxed stronger in 2019 perhaps because  the major thrust of all the recommendations has not been addressed. I don’t think the president lacks the political will to do so. Now that he has won his re-election, I am pretty sure he has all the time now to establish a solid political legacy with credible elections devoid of violence. He has enough reports to guide him.