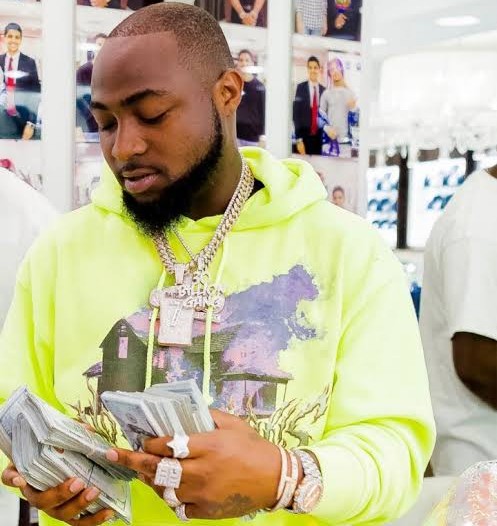 Music superstar, David Adeleke, popularly known as Davido, has said that he was more fascinated by fans who sent him small amounts of money they could afford, because it could have been all they had. In a video posted on his Instagram page, Davido said, “It was not even about the millions of naira that I was posting but I was surprised that people were sending N5000, N2000, N3000, N500 and even N100. The money might have been all they had, yet they donated it to me because of the love they have for me and what I stand for.

“I would like to say a big thank you to everyone, especially because I didn’t plan this. I was just on my balcony at the hotel in Dubai (United Arab Emirates), and I jokingly posted my account number, asking my friends to donate for my birthday. I initially wanted to ask just close friends but I ended up posting it online and the love that people have shown me is really unbelievable. I used to question myself if it is worth it being a good person. But, these past few days have shown me that it is not by mouth and I appreciate it. A lot of people have called me, telling me to keep the money raised to myself and listen to no one. I wouldn’t say that I do not need the money but I think there are people who need it more than I do. At the moment, I have garnered about N201m and I have decided to donate all the money to orphanages. I will also add N50m from my purse to the N201m, which makes it N251m to be donated.”

In a letter posted on his Instagram page, the singer stated that he would constitute a committee that would oversee the disbursement of the funds to orphanages across the country.

The letter reads in part, “I have always been passionate about giving back and helping people. In view of this, I am delighted to announce that all the funds received but a personal donation of N50m will be donated to orphanages across Nigeria as well as the Paroche Foundation.

The Fia singer also encouraged his colleagues in the entertainment industry to collaborate with him annually to raise at least a billion naira to assist the needy. He said, “Let us all put our ego and industry issues aside and help our people because it doesn’t take anything from us. It will be amazing if we could achieve this, and I would like this to be a yearly thing for me and my colleagues to donate to assist people to celebrate my birthday.