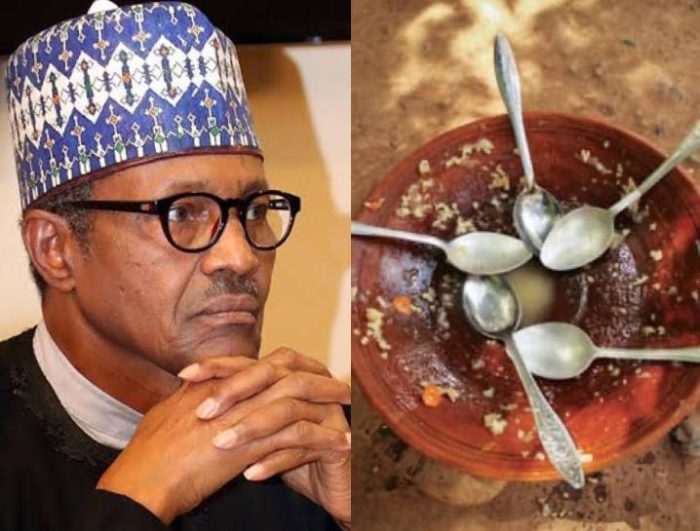 Two days ago, Nigeria leader Muhammadu Buhari commenced his sixth year in office.  He had spent the most disappointing five years in charge.

But in a tweet three days earlier, presidential spokesman Femi Adesina, again proclaiming himself a “Buharist,” described his principal as leading Nigeria “well.”

“In fact, we are lucky to have him at a time like this,” he said. By “we,” he seemed to refer to Nigerians, the very victims of the last five years.

Nonetheless, the spokesman may have been preparing the ground for Buhari’s resumption of his inexorable borrowing journey: within 48 hours, Buhari was at the National Assembly with a new external loan request of $5.513bn.

Remember: in early March, just three months ago, the Senate approved for him a massive loan request of $22.79bn; and in April, an N850bn domestic loan request.  There have been several others.

Every nation borrows, of course. But not every nation borrows with a kleptocracy mindset.  That is what Buhari’s borrowing is: having arrived without a plan to produce or create or even inspire, he borrows to convey a sense of motion, not movement; of activity rather than action.

Remember: the government explained three months ago that $500m of the $29.96bn it was borrowing was to upgrade the nation’s “broadcasting infrastructure” and elevate the Nigerian Television Authority to the standard of CNN. CNN is privately-owned.

This explains why, in the past five years, there has been far more Shakespearean sound and fury about transparency in governance, but far more corruption.  Is the objective to accomplish goals and serve the people?  If so, nepotism ought to embarrass the Buhari government, as would the kind of incestuous sycophancy in which paid appointees extol a ruler.

But we are about to meet our demons face-to-face, as Buhari last Sunday, and in the middle of the COVID-19 pandemic, basically terminated food importation, saying the nation’s farmers should embark on massive food production efforts as Nigeria lacks money for food importation.

“So we must produce what we are going to eat,’’ he warned.

Buhari managed to sound as though he was in uniform, in 1984 Dodan Barracks, making policies in the middle of a sentence.

But it is 2020, and Nigeria is in a pandemic it is patently unprepared for, its institutions and systems decayed and hollowed-out from the inside in five years that make the PDP years look respectable.

Even before the pandemic, the Nigerian agricultural sector had become victim of Buhari’s failure to protect it, as he offered conflicting and contradictory interpretations of the armed herdsmen onslaught on farmers.

Are those the farmers who must now “embark on massive production” and produce what Nigerians are going to eat?

What about the transporters and traders whose equipment and supplies were disrupted and destroyed as the government prosecuted its COVID-19 militancy?

Buhari’s statement tallies with another one he made last August when he told the Central Bank to stop funding food imports, a military-era move officials said was aimed at bringing about a “steady improvement in agricultural production and attainment of full food security”.

But a statement is not a policy, and this one demonstrates the ad hoc and opportunistic approach that is at the root of Buhari’s worst failures.

Even if we had a policy in place capable of yielding “full food security” in a few years, that policy has been disrupted by the pandemic, and a lot of work—not a convenient Sunday afternoon declaration—would have been required to put it back on track.

But we did not have such a policy in place.  We do not even know what Nigeria spends on food importation let alone what constitutes “full food security.” When Buhari does his calculations, if any, where does he get his figures?

In 2018, the Central Bank of Nigeria (CBN) declared the annual food import bill to be $1.9bn., down from $7.9bn in 2015.  But that figure was contradicted by the then Minister of Agriculture, Audu Ogbeh, who stated that Nigeria spent $22bn on importation.

The problem is the absence of a coherent national food policy, a problem now compounded by the pandemic and the collapse of the oil market.

Ideally, the government should have been talking about plans incentives to get the farmers out during this planting season, because if you cannot import and there is no local production, what awaits is anarchy.

Hunger is a combustible element, but this demon with two heads can be avoided if the government takes appropriate action now.

Part of the problem here is that in addition to Buhari’s rule by nepotism, which precludes the most qualified from assuming professional assignments, is the creeping onslaught on institutions, the CBN being among those which have surrendered their independence.

Observers would recall that after one year in office, President Buhari penned an article in the Wall Street Journal in July 2016 in which he identified “The Three Changes Nigeria Needs,” describing Nigeria as being “at a crossroads.”

Affirming that “solutions must be in proportion to the challenges,” he outlined those changes he would champion as being:

Buhari concluded: “What we do in the next three years to build an economic bridge to Nigeria’s future will be just as important for bringing lasting peace and prosperity.

It is sad to consider that having thus advertised himself to the world by publishing in Washington DC, rather than Abuja, Buhari then went on to squander those three years, with none of those objectives accomplished.

Worse still, entering his sixth year, he is now back to re-defining objectives, including “rebalancing” the economy.

The only consistent theme in the government is the borrowing, which is as endless as its inability to demonstrate results.

Hopefully, Buhari recognises the hunger one-chance bus for what it is.  Now, by means of a clear policy purposefully pursued, is the time to ensure that Nigerians will not go combing the kitchens of those who have more than enough.

Among the starving, in such a scenario, would be the policemen who protect the mighty and powerful, and even the paid underlings who sing false worship songs on social media.

Around the world, many are keeping an eye on Nigeria. Including those who don’t read the Wall Street Journal but know we love to borrow…and spend.