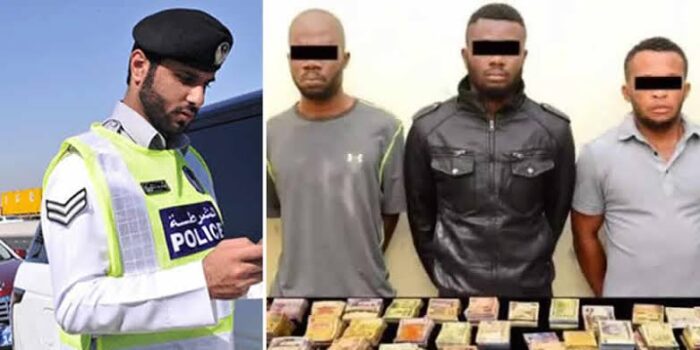 The United Arab Emirates government has suspended Direct Employment Visa for Nigerians, as a result of the increasing rate of crimes involving Nigerians in the Middle-East country.

SaharaReporters learnt from credible sources that the UAE police are searching for more Nigerian nationals and conducting raids and arrests to get them jailed.

“We all are shouting that our country is bad, and that our government is not rising to our needs, which is true, but our reputation abroad is also fast declining due to our character.

“Two weeks ago, some Nigerians killed one another for selfish reasons at Sharjah, and another one just happened here in Abu Dhabi, when some guys went to an Arab man’s house, killed him, his wife and took away a huge amount of money from them.

“The UAE government is now tracking every Nigerian in Abu Dhabi and they have also banned every Direct Employment Visa from Nigeria until further notice,” the source said.

“For like one week, this city (Abu Dhabi) has been hot. They (the police) are just arresting anyone on sight now. There was a cult incident where Nigerian cult members hacked one another in an area in Abu Dhabi here. It is not easy. As of yesterday (Monday), they have put restrictions on visas for Nigerians. For now, no work permit for Nigerians in UAE generally. The crisis started from Sharjah and last week in Abu Dhabi,” another Nigerian told SaharaReporters.

SaharaReporters had reported in January 2021 that the UAE arrested and detained, without prosecution, many Nigerians in a series of sting operations targeted at irregular migrants.