Home Columnist A war that must be won – By Yakubu Mohammed 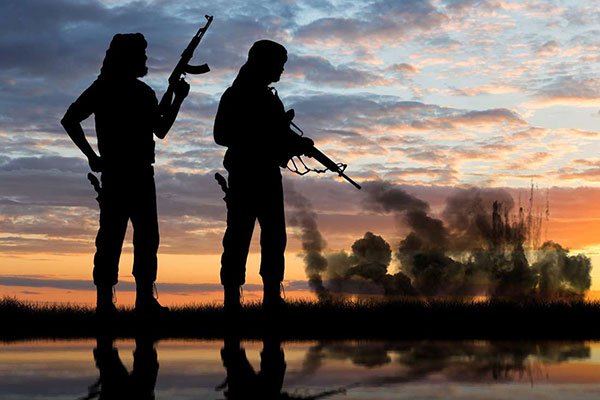 In the beginning when the genesis of the phenomenon of bandits and banditry was shrouded in some anthropological puzzle, those whose mandate it was to crack the mystery and treat it for what it was – an incipient war by a group of outlaws  on the country –  dithered and procrastinated. The result of that official dithering is the full-throated scorched earth war that has been levied on the country by a band of criminals. And this is in addition to the home-grown Boko Haram insurgency that has now transformed into global terrorism.

Hitherto, police and the media usually reported that some bandits were arrested by the police for attacking a neighboring community. At other times, bandits, just bland nondescript outlaws, simply identified as bandits, were reported to have made away with some cattle that rightly belonged to other people. Oftentimes some of the reports were made so cavalierly  to look like minor  infractions on the part of the poor, obviously some needy ones  in the society who were apparently down on their luck,  looking for how to survive the pangs of hunger for a couple of nights.

I couldn’t have been the only one wondering some years back who were these bandits?  Nobody could say for sure. The puzzled public was equally left to conjecture, with nothing to go by, no qualification, no form of ethnic or religious identification. Even in terms of criminal profiling to help the police to properly and professionally place this strange creature, we all seemed to have drawn blank.

Okay. Were they armed robbers? No such clue; not such trait. They were not like your run of the mill armed robbers who forcefully take what did not belong to them. Immediately after civil war, robbers availing themselves of the readily available  illegal firearms, some of them weapons of the civil war, took to the highways to  rob people. In no time robbery assumed some perverse glamour in the southern part of the country with robbery kingpin like notorious Ishola Oyenusi calling the shots.

But the media did not call their exploits banditry. Without mincing words,  they called it what it what it was – robbery. Taking after Oyenusi, some years after he was shot at the Bar Beach, was the pair of daredevil robbers in the old Bendel State, Lawrence Anini and his chief of staff Monday Osunbor, who like Robbin Hood, robbed the rich with glee in broad daylight  and gave the proceeds to the poor by spraying the money on the road. Theirs too was not banditry. They were professional armed robbers with some police officers collaborating with them.

So who were the bandits? They were not kidnappers, the type that mushroomed in the creeks of the Niger Delta, those who were driven more by anger than the allure of the filthy lucre, to kidnap expatriate oil workers to protest the despoliation of their homes and farmlands. They had a grudge against expatriates. They did not call themselves bandits and the nation did not recognize them as bandits. They called themselves militants. They were driven by ideology but they used kidnapping as a potent formula for dealing with perceived social and economic injustice.

But they were not greedy with their new found weapon. Before long, they had generously made kidnap franchise available for any man or woman who was criminally minded enough to kidnap even his or her own relatives for money. Kidnapping for ransom spread round the country like bush fire and, today it has become a growth industry.

But the search for bandits continued unabated. I had wondered in one of my write-ups in 2018 whether they were actually UFOs, the unidentified flying objects in science fiction, or the blood-sucking vampires made famous by horror movies. In this search, the media was largely unhelpful. So were the police and other security agents.

The closest anybody got to in identifying the bandits and locate them in terms of geography and philosophy was to allege, based on impeccable sources, that these unidentified objects or characters were from Zamfara State.  If so, the next question to ask was: were they human beings with flesh and blood or they were spirits?

Nobody was ready to volunteer any more revealing information except to say they were simply gunmen. And they were not Boko Haram in disguise. Truth is in the year of this intense  inquiry into their origin, it was highly impolitic to say that Boko Haram could extend its tentacles to the North West in the guise of bandits because officially it had been decapitated, rendered immobile  and its members were in their death throe.

But the successful raids into Government Secondary School, Kankara in Kastina State late last year and Government Science College, Kagara, Niger State  as well as the one into Science Secondary School, Jangebe in Zamfara State have provided enough indications who the bandits are. Though Governor Masari of Katsina State would not agree that Boko Haram had a hand in the Katsina abduction of students but there is strong suspicion of a link between local operatives (nameless bandits) and the terrorists.

The ease with which students are carted away in buses or motorcycles bears the hallmark of a well-organized terrorist organization. Clearly the abductions are spreading across the country.

In the last four days, Kaduna State government has suffered two abductions with security forces gallantly rescuing 180 students, leaving 47 still in captivity. The second abduction, that of primary school children in daylight, failed because the security forces have been mobilized to prevent it  and, if need be,  to return fire for fire taking extreme  care not to allow for any  collateral damage.

The security forces in Kaduna State have lived up to their billing and the Kaduna example is worth recommending to other states prone to this audacious abduction.

Taking students hostage is making its way to the south with Edo and Ogun states taking their turn last week and early this week when the bandits struck successfully and captured some students and their lecturers into captivity.

Realizing that the situation was long overdue for a more ruthless reaction, President Muhammadu Buhari, who recently replaced his service chiefs, seems more determined to fight this war and vanquish the enemy. He has vowed that his administration would not negotiate with criminals. He is opposed to payment of ransom and there is no granting of amnesty. For whatever it is worth, he has also directed security men to shoot at sight any criminal found parading the nooks and crannies of the country with illegal arms.

But as Femi Falana, senior advocate of Nigeria and legal as well as civil rights activist, recently pointed out, there is almost always a legal dimension to all actions and pronouncements of the government. He asked if the shoot at sight order or directive is backed by law? If it is not, the ebullient Attorney General of the Federation can be trusted to take care of it so that the seriousness of the President’s directive is not lost on the criminals.

Politics aside, it is about time that we all realize that the country is at war. President Buhari, as commander-in- chief, must, by now, have come to terms with Ian Fleming’s “Gold Finger” where it is said that “first time is happenstance, second time is coincidence; but the third time is enemy action.”

If the totality of the insecurity situation in the country in the last six years from herdsmen’s clashes with farmers and the kidnapping and raping of people in their homes and the industrial scale abduction of students and their teachers is summed up as an enemy action, then it follows that the commander-in-chief has no alternative than to get the country united behind him in the grim fight to vanquish  the enemy.

This is a war that must be won.