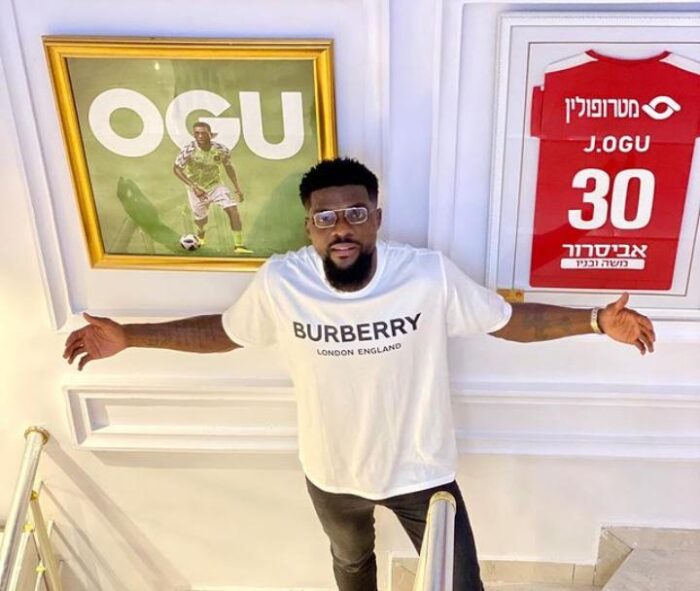 No doubt Ugochukwu John Ogu is our social Nigerian footballer of the year. Before coronavirus, the 32-year-old Super Eagles player was no stranger to partying in the city of Lagos. Apart from partying with fellow Nigerians, he never shies away from his fans whenever he is in public. He takes as many pictures as possible.

While it can be said that his presence elicits excitement, he dissolves himself into a kind of self-effacing anonymity that speaks volume of his humility.  Simple and unassuming with a warm relational attitude with people who come across him.

Due to this year’s restriction of movement, those who love to party have missed him. Nonetheless, he has made up for it with his social media posts. 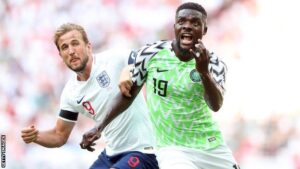 Two months ago, Ogu expressed exceptional affection for young boys on the streets of Lagos after he received special hailing due to his status as a Super Eagles’ player.

According to him, he is at home in Lagos and in a clip he posted on his Twitter handle, Ogu was seen in his car with boys attempting to sweet-talk him to part away with some money.

The boys could be seen hailing the 32-year-old with streets slangs like ‘opor’ – meaning ‘plenty’. As Ogu attempted to make a call, one of the boys said: “Number one, God go dey promote you. As you dey bless the street, God go dey bless you,” while others in the background chanted the Lagos slogan ‘ko ni baje’ ‘Opor’.

Sharing the clip on social media, Ogu added the caption: Is this not even enough to love the Street? I love them so much.”

Top of his social activities this year was him lending his voice to the #EndSARS protest.

On behalf of Nigerians we appreciate you. 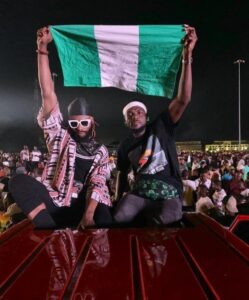 Below is his profile

Ogu began playing football at the youth departments of Akwa Starlets, Akwa United and the Flying Sports Academy. On 23 September 2006, he began his senior career in Slovenia when he signed with Drava Ptuj from the Slovenian PrvaLiga. In his four-year stint, Ogu scored eight goals in 97 appearances.

In the summer of 2010, Ogu moved to Atlético Clube de Portugal, which then played in the Terceira Divisão in Portugal. After six months, he moved to neighboring Spain and signed for Almería, but played only in Almería B of the third division. In November 2011 Ogu returned to Portugal and joined Leiria, but at the end of the season the team dropped to the second division.

In July 2012, Ogu moved to Académica from Primeira Liga. Ogu scored his first goal in the third round of the Portuguese Cup against Ponte da Barca. He scored his first league goal against Vitória de Setúbal in a decisive win that ensured the team remain in the top division. All in all, Ogu played two years at Académica.

In the 2014–15 season, Ogu arrived in Israel and on 2 September 2014 made his debut in Hapoel Be’er Sheva in a 0–0 draw against Maccabi Petah Tikva in the Toto Cup. On 7 September, he signed a four-year contract with Hapoel Be’er Sheva.[4] Five days later, he made his debut in the Israeli Premier League when he opened the team against Beitar Jerusalem at Vasermil Stadium and on 29 November scored his first goal in Hapoel Be’er Sheva in a 4–0 home win over Maccabi Netanya. In the first season of the team, and at the end of the season reached the finals of the Israel State Cup, losing to Maccabi Tel Aviv.

In the 2015–16 season he competed with Hapoel Be’er Sheva in the UEFA Europa League qualifying and even scored a goal against FC Thun from the Swiss Super League, but the team was eliminated in both games. Later in the season he scored four goals and assisted five, was part of the team’s winning the State Championship and was among the candidates for the title of footballer of the season.

Entering the 2016–17 season, Ogu was ranked on Walla Sports web site as the number 1 footballer in Israel by 60 sports journalists and professionals. On 11 August 2016, Ogu won the Israel Super Cup with Hapoel Be’er Sheva after winning 4–2 against Maccabi Haifa. Later on, he faced the UEFA Champions League qualifying team and reached the playoff stage in which he was eliminated against Celtic, and as a result fell to the UEFA Europa League stage. On 28 December, Ogu and Hapoel Be’er Sheva won the Toto Cup after a 4–1 win over Ironi Kiryat Shmona in the final game. On 29 April 2017, Ogu scored the winning goal in the championship game against Maccabi Tel Aviv helping win Hapoel Be’er Sheva the league championship for the second time in a row.

In March 2013, Ogu was called up to the Nigerian national side for a 2014 FIFA World Cup qualifier. He debuted against Kenya in a 1–1 draw, where he was used as a substitute to replace an injured Victor Moses. On 31 May, Ogu scored his first international goal against Mexico in a friendly game which took place at the Reliant Stadium in Houston. On 9 June, Nigerian coach Stephen Keshi selected Ogu as one of 23 players to participate in the 2013 FIFA Confederations Cup.

On 18 March 2015, he was called up with 27 other players for the proposed friendly matches against Bolivia and South Africa.