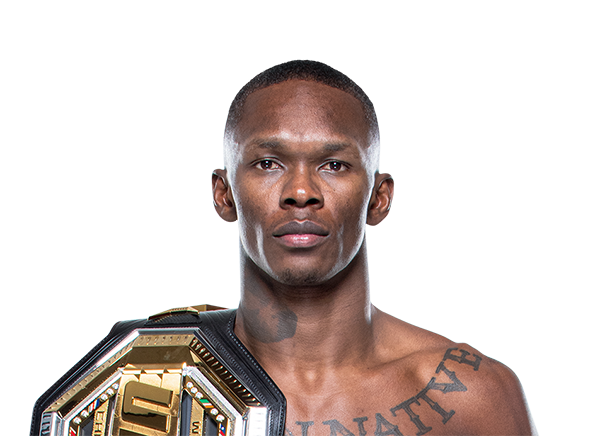 Describing Conor McGregor, the first person to hold titles in two weight divisions at once in the Ultimate Fighting Championship (UFC), Arnold Schwarzenegger said the Irish was ‘more than a fighter.’

The legendary actor, retired professional bodybuilder and former Governor of California equally said of the former UFC’s featherweight and lightweight champion: “he’s more than an athlete and more than a champion.”

Perhaps, if there is one other fighter within the rank and file of the UFC that presently fits such an all-encompassing description, that person is no other than Nigerian-born New Zealand-professional mixed martial artist, Israel Adesanya.

His stellar performances in martial art especially since he switched from kick boxing to UFC,worthy of celebration even more so in the out-going Year 2020 amidst Coronavirus pandemic.

In September, the 31-year-old Adesanya who grew up in Lagos before migrating abroad with his parents, got the whole world talking after knocking out Paulo Costa in his second-round victory at UFC 253.

Victory over Costa in Abu Dhabi took Adesanya’s unbeaten run in UFC to 20 in as many fights with impressive 15 knockouts victories since 2018. Of course, champions don’t come well than it seems, Adesanya is unstoppable with the manner he brings down opponents under his magical spell. But it was the manner of his defeat of the dominant Costa that truly brought home how good Adesanya has been and how better he can still be.

In his reportage of the UFC 235 stunning victory by Adesanya, Joe Coleman of TalkSPORT painted a gripping picture: “Israel Adesanya delivered a perfect performance on Fight Island to knock out bitter rival Paulo Costa and retain his UFC middleweight championship. The Last Stylebender was absolutely flawless in Abu Dhabi, picking apart his far bigger opponent before landing brutal ground strikes in the second round.

“Costa was left bloodied and bruised on the canvas, with his undefeated record in tatters after being picked apart so ruthlessly. The Brazilian simply could not close the distance, eating brutal lead leg kicks, desperately swinging to try and land a powerful performance.

However, Adesanya showcased all his kickboxing and boxing experience by utilizing his jab and footwork to evade the onrushing ‘Borrachinha’.”

Indeed, this Adesanya is simply unstoppable.

As the middleweight champion, Adesanya is currently third in the UFC Men’s pound-for-pound ranking behind Russian Khabib Nurmagomedov (Lightweight Champions and Number 1) and American Jon Jones (Light Heavyweight Champion and Number 2).His net worth is reportedly in the region of $2 million.

Can Adesanya be better?

Of course, yes; if the words of UFC president Dana White are anything to go by when pressed to compare the Nigerian with Anderson da Silva, the Brazilian-American who held the record for the longest title reign in UFC history at 2,457 days as a former UFC Middleweight Champion.

It has taken Adesanya some hard work to reach this stage and to be heralded as one of the best things to have happened to UFC, is something special.

He reportedly started training in kickboxing when he was 18 and his interest was fuelled after seeing a Thai film named Ong-Bak based on Muaythai sport.

He then enlisted at City Kickboxing to begin his professional career in 2001 after moving to Auckland, New Zealand with his family. There he trained himself under Eugene Bareman with other established MMA fighters such as Dan Hooker, Kai Kara-France and Alexander Volkanovski and went on to stockpile a terrific amateur kickboxing record with an unbeaten over 32 fights before moving to China to reside and fight.

In 2016, he also won the Glory 34 middleweight contender tournament in Denver. Though he could not win the championship, this match made people see him as one of the best fighters in the world. In 2017, Adesanya defeated veteran Melvin Guillard and marked his 10th victory as well as the Australian Fighting Championship Middleweight belt. He has also won the King of the Ring 86 Cruiserweights Tournament twice and the heavyweight tournament once in his career.

Though, The Last Stylebender as Adesanya is nicknamed ended his kickboxing career with two losses; he has since turned winning to an art since he made his debut in UFC in February 2018.

As said of Conor by Schwarzenegger in the Time Magazine’s 100 Most Influential People of 2017, our Adesanya, also has‘ fire in his belly that can’t be quenched and there are no breaks that can stop his engine.’