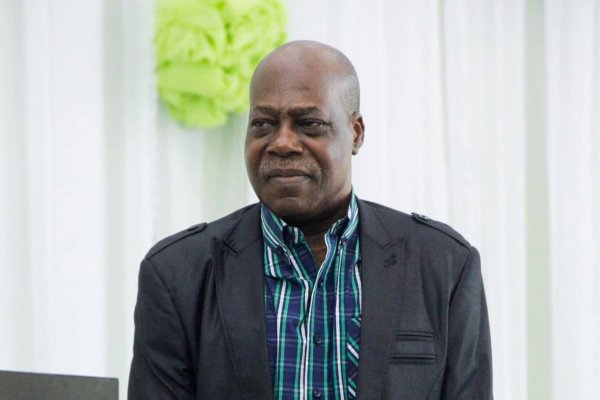 The estimate is that there are about 120 million social media users in Nigeria today. If that figure is correct it stands to reason that social media clearly packs a punch for good or for ill. Its enormous punching power was displayed during the recent protests. The organisers arranged the protest effectively and efficiently largely through social media platforms. Their mobilisation of persons locally and globally, fundraising, legal, medical and security services, and protest protocols were all done online. That success was evidence of the possibilities of modern technology. That was the upside. It also showed its downside, the ugly side, the misinformation, murdering of the truth and the misleading of the people on the true state of affairs during the protest.

A well known actress and comedian Eniola Badmus was reported in the social media to have been killed during the protest. But she wasn’t. A less well known lady called Becky Stephen who lives in Port Harcourt and was nowhere near the Lekki Toll gate where the liars said she met her death protested loudly that her parents and six siblings nearly had a heart attack from the false story. She is alive and well. There is the claim that a disc Jockey DJ Switch had said that 78 persons were killed at the Lekki Toll gate on that black Tuesday, but did she say it? Did 78 people die on that day at that place? Doubtful but the investigating panel set up by the Lagos State Government will uncover the truth. True or false these stories have put the social media on the spotlight. In fact, three television stations namely, AIT, Arise Television and Channels Television have been fined by the Nigerian Broadcasting Commission (NBC) for allegedly broadcasting false and unverified social-media-originated videos.

The television stations are contesting the veracity or otherwise of the information. It is obvious that even before these protests most of our social media platforms have had their modus operandi questioned on the grounds of lack of adherence to the demands of truth-telling. Professor Wole Soyinka, Nobel Laureate, Chief Ernest Shonekan, former Chairman of the Interim Government and President Muhammadu Buhari have been declared dead on social media. The last time I checked they were all still alive. In fact, that of President Buhari came with some hilarious credentials. The story is that he had died in April 2018 but the cabals in the Villa recruited one Jibril Sudani from Sudan to pretend to be Buhari.

When this was published the internet was agog and even some educated people believed the hoax. There have also been several other hoaxes fabricated in the social media since the medium caught on in Nigeria. Vice President Yemi Osinbajo revealed some time ago that he took photographs with some ladies at a public event in a show of customary courtesy. But with the genius of technology some people did some computer manipulation and it turned out that he was posing with a female stripper. His wife, Dolapo was miffed. How could he, the Vice President of Nigeria and an ordained pastor be a patron of pornography? But it was all fake. In October last year, there was a big play on several social media platforms of Buhari’s alleged plan to marry his Minister of Humanitarian Affairs, Disaster Management and Social Development, Ms Sadiya Umar Faruoq as a second wife. Meanwhile, the alleged wife-to-be was attending a conference abroad on the day she was supposed to be a wedded wife.

By last week several social media platforms had already announced the choice of Dr Ngozi Okonjo-Iweala as the Director General of the World Trade Organisation (WTO) whereas no such decision has yet been taken. She is just one of the two candidates left in the race and the United States is firmly opposed to her selection. But several social media platforms have offered her the job already. Social media, the newest communication fad has empowered individuals in a very democratic manner to communicate freely, say anything to anybody about anything or anybody. It is freedom lane fully and furiously enjoyed by all classes of people where they can ride roughshod over anybody or anything. The freedom available is almost limitless and Nigerians are lapping it up.

Social media was originally created to ease conversation between friends, family, colleagues and compatriots across various strata. There have now emerged people who operate in the social media that call themselves On Air Personalities (OAPs) or Social Media Influencers (SMIs). There are also celebrities who create their own platforms. Such celebs include musicians, actors, footballers and comedians. They show off their exotic cars, their mansions in Lekki or Banana Island, their Baby Mamas, their shoes and watches, their newest wigs whether bought or borrowed. They flaunt their bums and boobs and tell the world that theirs are bigger than those of Nicki Minaj or Ms Orjiakor respectively. They tell us that Mercy Eke’s bum was pumped up with five million naira which she flatly denies. Tonto Dike gives men a lecture on how to transit from being two-minute men beneath the sheets to being gold medal Olympics champions in the art. She tells us, too, that her vagina is her greatest asset. On their birthdays some celebrities display close to stark nudity. Genevive Nnaji seems to have been the most recent exhibitionist in pornography. The dominant figure, the Czar of social media is Linda Ikeji, the frontline preacher of celibacy before marriage. Then she delivered a baby outside of wedlock and her apprentices in the social media gutter ate her up. She quietly sneaked into her hiding hole. She is now a dormant volcano. She will erupt again when she finds a new line of rhetoric. Some of the non-celebrities who run social media platforms follow the celebrities they admire and report, true or false, what they do, eat, drink, wear, who they are sleeping with and who they are jilting.

These are interesting items of gossip or gist for persons who live in a country that is bereft of much laughter due to the brutishness of their living conditions. But because of its ability to reach many people directly and without borders politicians have found the need to utilise it for their political messages. Perhaps it is President Donald Trump of the United States who has given the biggest place of honour on the table to twitter. He is said to have, about 70 million followers on twitter. Since he has problems with such mainstream media as CNN, New York Times and Washington Post, twitter and Fox News are now his favourite tools. For him any story that is unfavourable is fake news, a position that Facebook disagrees with.

In August 2017, Facebook stopped using the term “fake news.” It now uses “false news” in its place, a terminology it thinks is closer to reality. Nigerian politicians are also hooked on to social media. Most of them have their own social media platforms and also Special Assistants in charge of their social media activities. This is in recognition of the fact that it is possible to reach a lot of people directly through the social media with their political messages. It is also possible to do a lot of message manipulation with it. In the 2016 American Presidential election Russia allegedly paid more than 1,000 internet trolls to circulate fake and misleading information about Ms Hillary Clinton, the Democratic candidate that was facing Trump in that election. That incident has been the subject of a congressional inquiry in the United States.

There are online media that have done well in terms of delivering truthful information to their consumers. It was the Premium Times that revealed the forgery of Ms Kemi Adeosun, former Finance Minster’s NYSC certificate as well as Senator Elisha Abbo’s slapping episode at a sex toys shop. The Cable online medium also did a good fact-checking job during the presidential debate of 2019. These media did well because their proprietors were originally trained and had worked in mainstream media. Those that are not trained have no reputation to worry about and no solid journalism skills to deploy in what they do. They simply speculate, distort, exaggerate and mislead the public with outright lies, half truths or outright fabrications for the purpose of making quick money. They quote dishonest, unverified, misleading sources or no sources at all. Their forte is what they call “breaking news.” Their motto is “publish first, verify later” or just update.

They do not correct their mistakes. They do not apologise for those mistakes. They just move on as if nothing happened. They are the truth shredders, and since they have the tag of media attached to what they do, they pose a danger to truth and to mainstream journalism. The use of these one-man or one-woman platforms for news dissemination is awfully wrong because you are not even sure who sent the messages, whether it was verified or not and what was the motive for sending it. If you want to be titillated by gossip or fiction it is fine to go to these platforms. But if you want credible information your best bet is to go to either the mainstream media or social media platforms that are manned by people with mainstream media experience. The collection, processing and dissemination of information are a rigorous process that involves checking and cross-checking. The idea is to be able to satisfy the professional canons of fairness, objectivity, balance and accuracy. If those four canons are observed what you will get will, to a large extent, come close to the truth because it is factuality that leads to the truth. The reckless method of dishing out information on most social media platforms without checking and cross-checking cannot.