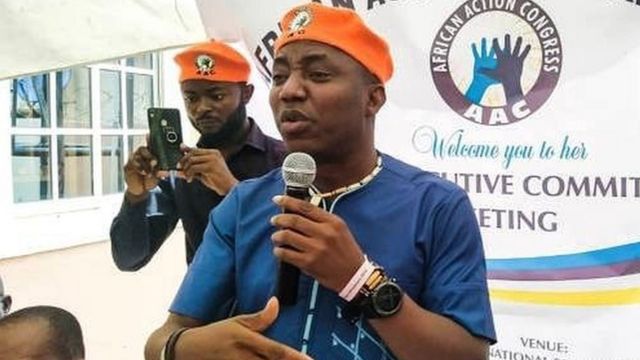 According to the founder of #RevolutionNow, Omoyele Sowore, the #EndSARS protest will continue this weekend in Lagos.

He took to his official handle on Twitter and posted an image with the date, time and place that people would meet for the continuation of the protest.

It read: #March against police brutality and extrajudicial murder of our protesting colleagues.

It ended with a quote saying “A people united can never be defeated!”

The #EndSARS proteste which lasted for two weeks stopped on the 20th of October after it became violent. Many are calling for caution as the protest took another dimension after the Lekki incident. Hoodlums took advantage by looting shops and vandalizing properties.

It would be recalled that the human rights activist and pro-democracy campaigner led group of protesters to block the entrance to the Force Headquarters in Abuja.

They inscribed #EndSARS in red on the road in front of the police building.

In a tweet by Sowore on Sunday, he indicated that they had visited the Nnamdi Azikiwe International Airport to drive home their message.

They were seen chanting songs and calling on the relevant authorities to end police brutality and bad governance.