Home Columnist ‘If you vote for Biden, you don’t know history’ – Clarence Henderson 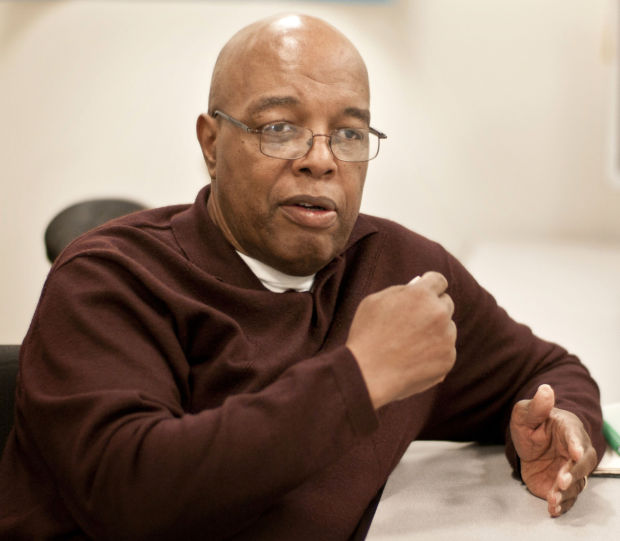 ‘Joe Biden had the audacity to say if you don’t vote for him “you ain’t black,”‘ Henderson said, a reference to the Democratic nominee’s contentious interview with radio show host  Charlamagne tha god back in May. ‘Well to that I say, if you do vote for Biden, you don’t know history.’

Henderson talked about his own history, the history of the Republican Party – that of Abraham Lincoln and GOP politicans who pushed for the Amendments that gave black Americans rights – and Trump’s four-year history with the black community as president.

He spoke of his experience in February of 1960, walking into the Woolworth Department Store because several black friends had been denied service the day before.

‘We knew it wasn’t right. But when we went back the next day I didn’t know whether I was going to come out … in handcuffs or a stretcher – or even a body bag,’ Henderson said. ‘By sitting down to order a cup of coffee, we challenged injustice.’

‘We faced down the KKK. We were cursed at and called all kinds of names. They threatened to kill us. And some of us were arrested,’ he continued.

‘That’s what actual peaceful protest can accomplish,’ Henderson argued – which was clearly meant to be a counterpoint to the current Black Lives Matter protests, some of which have turned violent.

As for supporting the GOP, Henderson pointed out that it was the Republican Party that passed the 13th, 14th and 15th Amendments, which abolished slavery, gave black men citizenship and gave black men the right to vote.

‘There are [African-American] voters all over the country who the media is trying to convince to conform to the same old Democratic talking points,’ he said.

But Henderson argued that Trump has had a record of success with aiding the black community, mentioning the First Step act, the criminal justice reform bill that passed under Trump, as well as the president funding historically black colleges and universities.

‘His policies show his heart,’ Henderson argued. ‘He has done more for black Americans in four years than Joe Biden has done in 50.’

Trump has come under fire for his reaction to the Black Lives Matter demonstrations that sprung up in the aftermath of George Floyd’s Memorial Day death.

He’s made clear that he’s the ‘law and order’ president and that he backs law enforcement, while complaining that ‘Black Lives Matter’ was to be painted outside Trump Tower in New York.

He’s also pushed for remnants of the Confederacy – including statues and military bases named after Confederate generals – to stay.

Still, the RNC program included a number of black speakers who vouched for Trump.

‘Donald Trump is not a politician. He is a leader,’ Henderson said. ‘Politicians are a dime-a-dozen, leaders are priceless.’