Home Columnist Akpabio, Pondei, House Committee: Diagnosis Of A Nation On Deathbed, Do Not... 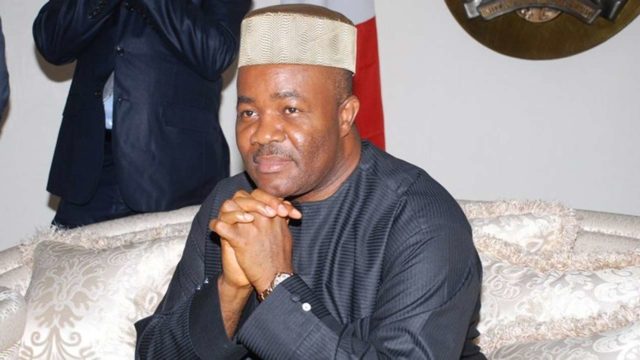 Nigerians home and abroad were glued to Channels TV live coverage of the ongoing House of Representatives Committee on oversight probing the financial malfeasance of the Niger Delta Development Corporation.

The comedy show of the notorious nincompoop Godswill Akpabio, Minister for Niger Delta Affairs and the clown, Professor Kemebradikumo Pondei, former Acting Managing Director of NDDC at the hearing was the worst of our dirty politics. The hearing drives home the troubling conviction that our democracy is not only dead, Nigeria is on life support.

I will not waste my precious time on Pondei, the clown. The opinion of majority of Nigerians is that he feigned fainting to escape the heat. Let’s talk about Akpabio. Akpabio is a master distracter who uses drama to overcome data, vilification and flat assertion to replace argument.

It was a classic Akpabio move: distract, divert, repeat. Akpabio attempts to get Nigerian people to look away from his incompetence and corruption. He started his onslaught on Arise TV interview. Instead of denying or confirming the serious accusations of sexual harassment levied against him by the erstwhile acting MD of NDDC Joy Nunieh, he went ballistic by accusing Nunieh that she had had four husbands, and that she didn’t have NYSC discharge certificate.

Questions for Akpabio: Honorable minister, did you make sexual advances to Nunieh? Did you ask her on several occasions to meet with you at a Port Harcourt hotel for official meetings? Did Nunieh slap you for harassing her sexually? Did you ask Nunieh several times to approve funds for you and your cronies for personal use? Sir, this time around, you have failed miserably to distract and divert the nation from these serious allegations of sexual predation and corruption.

Nigerians are not interested in how many husbands Nunieh had in the past or she’s having presently. We’re not concerned either whether or not she did her NYSC. That should have been discovered before she was appointed. These are personal issues that bear no relevance to her job performance. Honorable minister, stay out of Nunieh’s personal life!

Now to the House Committee. The stench of corruption from NDDC has further exposed the legislators as do-nothing law makers. NDDC was established 20 years ago. Till date, NDDC has not fulfilled the objectives for which it was established. It has made no positive impact on the lives of Deltans. If the legislators had been diligent, responsible and responsive to their constituents, the rot that had plagued NDDC for 20 years would have been exposed and dealt with long time ago.

The cesspool of corruption is not confined to NDDC alone. Ondo State Oil Producing Areas Development Commission (OSOPADEC) and other federal moribund agencies bleed profusely from endemic corruption. They are conduits for siphoning money from Abuja to Switzerland. The legislators have abdicated their oversight function of check and balances over the other two arms of government – executive and judiciary. The legislators closed their eyes to Buhari’s government that is unsustainably financing itself through debt as well as drowning in unprecedented corruption.

The National Assembly in the real sense of the word is not the people’s assembly. It is the den of robbers. The do-nothing legislators have no plan for job creation for the army of unemployed youths. No plan to build hospitals. No plan to replace dilapidated school buildings across the country. No plan to secure life and properties of our people. No plan to rid our criminal justice system of “denied and delayed justice.” And on, and on, and on.

The show of shame by Akpabio, Pondei, and the House Committee is a scratch on the surface of all that is wrong with Nigeria. It’s a diagnosis of a nation on deathbed. Please, do not resuscitate!