Home Columnist Buhari: the verdict of history – By Yakubu Mohammed 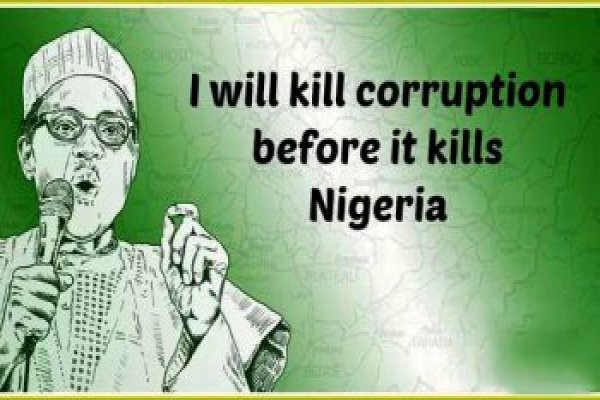 The seeds of the current travails of President Muhammadu Buhari’s war against corruption were sowed, perhaps inadvertently, from the inception of the administration in 2015. They did not, however, emanate from any lack of sincerity on the part of the president.

Indeed, not many Nigerians doubted his sincerity going by his track records that were copiously manifested during his first incarnation as military head of state from December 1983 to August 1985. His ascetic lifestyle and his manifest integrity worked greatly for him and his new party, the All progressives Congress, APC, in the presidential election that brought him to power.

But going by the African proverb that says  one tree cannot make a forest, it was inevitable that, to succeed, he was not going to go solo in the pursuit of his three cardinal programs  of curbing corruption, fighting  insecurity and turning the economy around.

His success would  require that he  should form a broad based, pan-Nigerian  government  with men and women of tested capability and competence whose loyalty and integrity would not be in doubt.

To the best of his ability he might have tried to do that, but it did not take long before one started to notice some incoherence in policy with key officials of the administration working at across purposes as if they were strange bedfellows.  But because these were teething problems, some resulting policy summersaults did not immediately present any cause for concern.

Serious as the issue of the economy and insecurity was,  most Nigerians were, however, more keenly focused on the war against corruption. Was it going to be business as usual?  The merciless and the unrelenting manner the new administration  pummeled  the Goodluck Jonathan administration  suggested that it would not be business as usual. The President himself, leading the war from the front,  made encouraging statements which ought to be taken as official policy statements regarding government’s zero tolerance for corruption and all the other shenanigans that characterized  the previous administrations. On many occasions, he made it clear that nobody who was  tainted with corruption or any other  malfeasance would be allowed anywhere near  government.

Specifically, he made the following statements which underscored his commitment to the war against corruption and invited Nigerians to take note. When he was receiving his certificate of return from the Independent National Electoral Commission, INEC, in 2015 he vowed that his administration would make it impossible for corrupt politicians and any other Nigerians, for that matter,  to buy  their way into public office.

Another statement with the same theme was made when he had occasion to preach to imams and pastors with an admonition that they should stop celebrating thieves and other corrupt individuals who have defrauded this country one time or the other.

Let me also recall what he told the staff of the villa when he was meeting them for the first time in 2015 soon after taking office: “ we will not touch anybody that has not touched any public funds. If you behave yourself, you will sleep soundly, your children and family will enjoy respect… but if you have shortchanged the treasury, you will be caught, and you will have your day in court.” As far as rhetoric goes, this was unexceptionable. He made the right statements and dropped the appropriate hints that there was a new Sherriff in town.

But, you may ask, what went wrong thereafter? What went wrong, in my view, was  a clear inability or unwillingness to walk the talk. Which, come to think of it, wasn’t all the president’s fault except to blame the administration for not putting in place the appropriate machinery to translate his words into his bond. In the absence of that machinery, what started as an incipient act of omission or commission has today blown into national scandal.

He had vowed that corrupt people should not be allowed near the corridors of power but in no time, the corrupt, mingling with the best and the brightest of his team, almost took center stage as if to laugh the president to scorn. Since the corrupt were not used to the concept of  integrity and probity, some of them turned it upside down with impunity and reckless abandon. And since some of them bought their way into public office, they turned it into a bazar where, to recoup their investments,  they hawked appointments as if determined to give  corruption a bad name.

They thus made nonsense of the president’s vow. And there was no consequence. The point that one must make cautiously is that most of the time the president couldn’t have known what some bad eggs were doing behind his back to undermine his efforts at cleaning the Augean stable. He could not possibly be everywhere at the same time. But he had a mistaken belief  that since he appointed mainly those he knew and trusted, he was adequately covered.

How well covered can now be seen, for instance, from the way a one – time fugitive  from justice was secretly smuggled back from exile, reintegrated  into the civil service and rewarded with accelerated promotion with 22 million naira salary arrears paid to him. But when the scandal blew out, government officials, all of them the president’s men, engaged in blame game until President Buhari fired him and ordered his arrest and prosecution.

In other instances, he might not even know or if he knew, he must have been  persuaded to demure in the name of politics. And with the notion that in politics, there are no immaculate conceptions, he was equally persuaded to admit into his orbit yesterday’s apostles of gara-garaand fraudulent politics.

Even those whose sins were like mountain and had not got a clean bill from the Economic and Financial Crimes Commission, EFCC, were allowed to cross over from their old habitation into the new club of saints, where there are no sinners. And once there,  their sins were not only forgiven, they were rewarded with juicy appointments. But like the left-handed who don’t forget their left hands, the corrupt brought their notorious malfeasance and corruptive tendencies with them. We can all see the embarrassing result today.

It is one reason why corruption scandal, like Covid-19 pandemic, has spiked in this administration in recent time and  some of yesterday’s saints are now forced to wash their  dirty laundry  in the public.

But all this, as I said, could have been nipped in the bud from the beginning if the President had been scrupulous in the choice of men and women he brought into government; if he had chosen from inception to run a pan-Nigerian broad-based government instead of relying almost exclusively on those he knew or had associated with in his previous life.

I agree with him and the Vice-President though that getting good men to help run the administration was not a tea party. But they must admit today that they did not search far and wide enough for more capable, decent and committed citizens who mean well for the country. Even as we talk, there are such men and women of ideas but who have been shut out for whatever reason.

But that is not the right approach. The right path is the principled and patriotic one of fishing out those imbued with  the right stuff, those with unalloyed commitment to make the president succeed in the remaining three or four years  of his administration.

That approach will save the country from the clutches of the congenitally corrupt with their  insatiable appetite for primitive acquisition.

I wrote a column in November 2016 in which the following submission was boldly highlighted: “Those who have the onerous responsibility to ensure that Buhari succeeds as president and goes into history as somebody who came to office with world-wide goodwill because of his integrity and principle, must do everything to ensure he leaves office, not only with his integrity and reputation intact but grossly enhanced by winning the war against corruption and changing the country for good.”

This, today, remains the irreducible minimum requirement if the verdict of history must be fair and faithful to President Buhari.