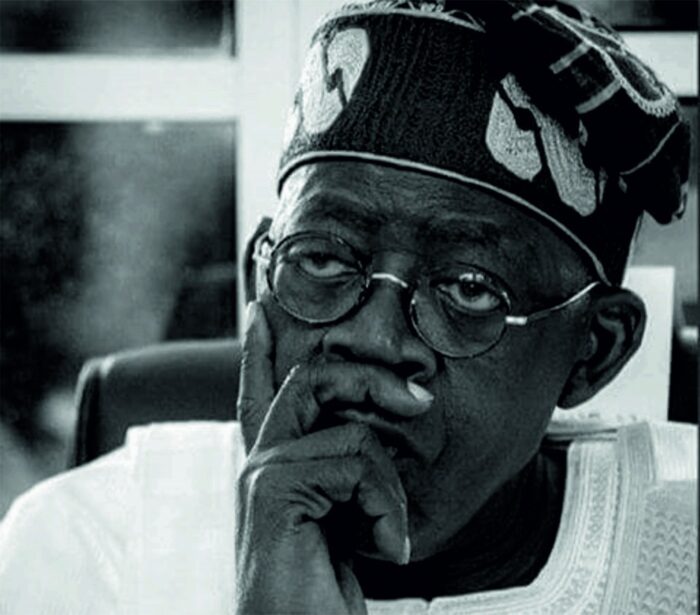 The political coalition between Muhammadu Buhari’s CPC and Bola Tinubu’s ACN has all but collapsed. There was nothing even remotely surprising about it. In previous columns, media interviews, and social media updates, I predicted that this would happen.

“Buhari may well get a second term with the help of votes from the Southwest. But one thing is as certain as tomorrow’s date: he will spectacularly fall out with the Yoruba elite whose support he’s bending over backwards to court now. He’d no longer have a need for them after 2019 and might even remember that they betrayed him in 2011.

“These same people would then turn against not just Buhari but the entire North. If we’re alive till then, we’d remind them that they are complicit in their own fate. An Italian proverb says, “When a man deceives me once, it is his fault; when twice, it is mine.”

In a January 26, 2019 column titled “Bola Tinubu’s Costly 2023 Political Gamble,” I wrote the following, among other things that have come to pass:

“Tinubu is going into another alliance with Buhari in hopes that Buhari and his supporters will reward him with a presidential ticket in 2023. That’s a costly miscalculation for a whole host of reasons.

“I am familiar enough with members of Buhari’s inner circle to know that they deeply despise Tinubu. They snigger at his presidential ambition and are amused by his expectation that they would support him. Tinubu himself knows this. That’s why I am shocked that he appears irresistibly and dangerously drawn to people who will throw him like he is hot after the February election. Maybe he is gripped by the sort of deathly attraction that causes a moth to embrace a flame.

“During a TV appearance on Television Continental on February 20, 2018, Tinubu’s wife, Remi, said Tinubu was “trashed” by Buhari’s northern political machine after the 2015 election. People who “trashed” you after an electoral triumph to which you’re central will certainly go the whole hog and incinerate or bury you in the aftermath of another victory that will ensure that they will no longer need you.

“Apart from the certain betrayal that will surely come from the Buhari camp in the event that Tinubu helps them to win or rig the 2019 election, a Tinubu presidential candidacy will be beset by a lot of problems. Given the heightened sensitivity of religion in Nigeria now, which is made even more so by Buhari’s unexampled, in-your-face bigotry, Tinubu would be required to have a northern Christian as a running mate to earn the support of the south and the Christian north. That would, however, automatically alienate Buhari’s northern Muslim supporters. So his ambition is dead before it’s even born.

“Most importantly, though, as Tinubu himself knows only too well, a vote for APC in the coming presidential election won’t be a vote for Buhari; it would be a vote for an evil, greedy, corrupt, provincial, and reactionary cabal and their minions who are currently perpetrating a stratospheric theft of the nation’s resources in ways that would make an angel of Abacha. President Buhari is an insentient human vegetable who is barely aware of his own existence.”

In a September 21, 2019 column, titled “Why Bola Tinubu Can Never Be Nigeria’s President,” I pointed out that “Before the 2019 election, a friend of mine who is close to Abba Kyari confided in me that after the election they would ‘deal with Tinubu and his people.’ He bragged that by the time they are done with him and his underlings, he would be so damaged that he won’t even be an option for the 2023 presidency. It’s already starting.”

In a December 22, 2019 social media status update titled “Tinubu’s Dangerous Dance with the Cabal,” I wrote:

“The cabal is toying with Bola Tinubu like a yo-yo—and he is naively, if gingerly, playing along— in readiness for his eventual political incineration by or before 2023. And the cabal is being ruthlessly Machiavellian about it.

“Tinubu has been given a fake promissory note that he’ll be APC’s presidential torchbearer in 2023. On the strength of this worthless promissory note, they’ve sought his permission to destroy some of his most trusted foot soldiers.

“With his consent, they’ve consigned Yemi Osinbajo to symbolic Aso Rock prison. Tinubu endorsed Tunde Fowler’s replacement at the FIRS and is in on his impending trial for corruption. He also stamped his imprimatur to MuizBanire’s unceremonious ouster from AMCON. He’s giddily approving everything the cabal tells him it wants to do to his “constituents” and foot soldiers.

“He has now fallen out of favour with almost all Southwest governors except his dutiful stooge in Lagos and his nephew in Osun. Of course, he is a bête noire to Afenifere. At this rate, Tinubu would divorce his wife and disown his children if the cabal tells him to do so—just because he’s told that he’d be president.

“This is a strategic, Machiavellian demobilisation of his base, but one in which he is a willing participant, using the illusory promise of APC presidential nomination. When he is eventually denied the APC presidential slot, he would have no one of political consequence in his natal region to fall back to for counterattack other than his battering rams in the Lagos media.

“Before his eventual political annihilation, he would be thoroughly unpopular in the Southwest. His fate would elicit no mass sympathy from the region when the cabal finally bares its fangs publicly and devours him.”

And in a December 8, 2019 interview with The Interview magazine’s Azubuike Ishiekwene, I said the following in response to the question, “If you were to make a prediction about the political landscape in 2020, what would it be?”

“I have no—nor do I believe anyone has—oracular powers, but I think 2020 would witness the incipience of the alignment of political forces preparatory to the 2023 election.

“The Buhari/Tinubu alliance would crack more noticeably. The people who prop Buhari in power don’t want Tinubu—or anyone outside their primordial constituency—to succeed them. That’s my prediction.”

What hasn’t started to happen yet is the fight I predicted between paid Buhari and Tinubu loyalists on social media. In an October 5, 2018 social media post titled “Contest of Idiocy Between Buharists and Tinubuists,” I said, among other things:

“It’s no surprise that Buharists and Tinubuists are in a coalition of buffoonery to reelect a lifeless Buhari in 2019. When pigheaded Buhari fanaticism collides with sheepish Tinubu loyalty, it sparks the sort of combustible admixture of idiocy we’re seeing today, which disposes otherwise normal people to lend unthinking support to transparently incompetent people for political office. Thankfully, the rank of the Tinubuists is dwindling dramatically.

“Buharists and Tinubuists certainly share the same slavish, uncritical, freakish mentality, but wait to see what will happen in 2023 (if Buhari wins a second term) when Buhari disappoints Tinubu by not “handing over” power to him–as he expects Buhari would. You’d be entertained by the fight that would break out between the two idiotic camps that are friends today. Save this somewhere.”

So Tinubu had lots of warning that the fate that has befallen him now was a foregone conclusion. He ignored it and chose instead to legitimise the worst civilian regime in Nigeria’s history. He deserves his fate.

Well,the next predictable phase in the unfolding drama is for Tinubu to turn the Lagos news media against the Buhari regime— and for his mindless loyalists to clash with Buharists in a contest of idiocy. That would be an entertaining spectacle to watch.