Home Columnist A stitch in time – By Yakubu Mohammed 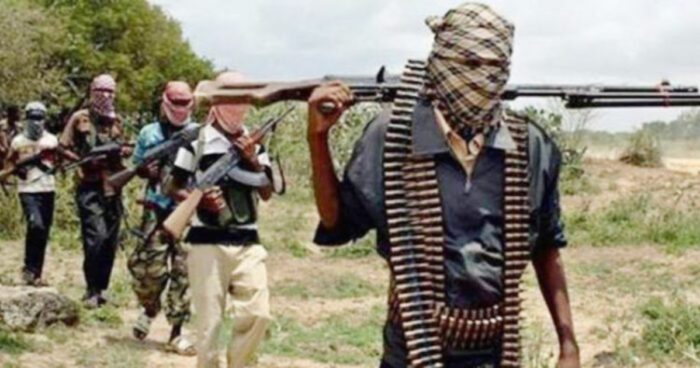 Ordinarily when the commander-in-chief gives a marching order to his security chiefs, you expect something drastic to happen. And this is what Nigeria is to expect in the next few days, weeks and possibly months in respect of the unacceptable level of insecurity in the country.

At a meeting with the service chiefs last week, President Muhammadu Buhari told the security chiefs that their efforts in curbing insecurity were not good enough. This unusually tough stance of the president came against the backdrop of protests in Katsina and Niger states against the killings that have become rampant in the North.

For sure, these killings didn’t start this year. Apart from the Boko Haram insurgency,  unidentified bandits and cattle rustlers had made killing and maiming innocent people a sport in Zamfara. These bandits, unnamed, unidentified group of outlaws sparked my interests.  No newspaper had identified the bandits. Not even the police who merely mentioned the menace of bandits without as much as providing any clue  to suggest their identities or bona fides. No tribe. No known ethnicity. Possibly no religion. Nothing to indicate who they were other than that in their ghoulishness they spelt trouble and disaster.

I started to wonder if bandits were like UFO, unidentified flying objects from another planet, as distinct from armed robbers or cattle herdsmen who had human faces and known locations.

But bandits, infernal, soulless bloodsucking  vampires with human feet, moved around stealthily at the initial stage, their harm to cause.  But later on,  they waxed strong in their audacity and began to  operate with impunity, killing men and raping their women. Unsuccessfully challenged by the authorities, these fellows who had become a law unto themselves,  mutated easily into kidnappers. They raided villages in broad daylight and extorted people. Those who could not pay the ransom, surrendered  their wives and daughters to them.

Intoxicated by success, they gradually embarked on territorial expansion, extending their areas of operation from Zamfara through Sokoto to Katsina and Kaduna and, according to some reports, forcing some 70,000 persons from the North West into  refugee camps  in Niger Republic.

Nearly every state in the North has had its ugly experience with insecurity either from these nihilists going by the name of bandits or their soulmates in crime, the herdsmen who are armed to the teeth with AK47 and other lethal weapons.

Benue, Plateau, Taraba, Nasarawa, Kogi and Niger states have not overcome the trauma they suffered in the hands of these herdsmen. Many of the farmers in these states have been relocated forcefully to numerous internally displaced persons camps, IDP, leaving their farmlands for this non-state army of occupation to do what they wish.

President Buhari’s approach to solving these problems was almost always limited to  the combination of the stick and the carrot. But this mix did not appear potent enough to stem the tide of insecurity. In some states, the President  resorted to playing the peace maker instead of wielding the big stick. He was clearly heard pleading with Benue State indigenes who had just lost 70 persons on New Year day in 2018 to learn to live in peace with their neighbors.

But it was clearly becoming well-nigh impossible to live with the so-called neighbors who were bent on killing and maiming to seize property that did not belong to them. Instead of the fruitless appeals, what would have been  more meaningful was for the president to summon  the political will to stop the killings, bring the killers to book to teach the bitter lesson that criminality does not pay and above all to underscore the fact that all lives matter.

That the president, hitherto a no-nonsense war general, the man who was reputed to have chased Chadian rebels who were tormenting the lives of fellow Nigerians in the North East in the 80s all the way into Chad and had to be begged to withdraw his troops, had now been reduced to begging and pleading with criminals, leaves a bitter taste in the mouth.  If anything, it has had the dubious effect of encouraging criminality from all the nooks and cranny of the country.

Perhaps it is the same forgiving spirit which brought about the controversial de- radicalization policy of the government.  Under this scheme, repentant Boko Haram members were given red carpet reception and welcomed back into the society after they had been debriefed  and warned to go home and sin no more.

Not only was it controversial, it was suspicious. Certainly, as I said somewhere before, this is not the time to give amnesty to criminals who have  taken up arms against their fatherland. We are still in the thick of the insurgency war. Our forgiving spirit as a nation and as a people is commendable but it should not be  taken for granted or, what is worse,  a sign of official complicity with evil.

Despite the claims of having thoroughly neutralized or decapitated the insurgents and even levelled down the evil Sambisa forest, these terrorists remain ever more potent, the serial killing and death of Abubakar Shekau, their leader, notwithstanding.

Their potency and ability to cause mayhem should not be judged, as the authorities are always in the habit of doing, by the fact that they are not occupying territories and have stopped throwing bombs. But they are alive and kicking; and they are waxing strong, even extending their tentacles beyond our shores.

In a similar vein, Governor Bello Masari of Katsina State, doing the best he could to secure the lives of his people,  has had to enter into negotiations with bandits, waving an olive branch, borrowing from President Umar Musa Yar’Adua’s amnesty deal with Niger Delta militants who were fighting for a space under the sun. But it is difficult to say what these criminals in the  North under the aegis of nondescript bandits are fighting for.

But the Masari deal fell flat on its face as evidenced by the growing intensity, if not audacity, of the banditry that has taken a hideous  toll on the lives and the livelihood of the people.

In this war of attrition with the devil, something was bound to give. And it was the patience and endurance of the people that snapped in the last couple of weeks, pushing thousands of youths on the streets in protest against the incessant killings. In what would look to Nigerians outside the North as an abomination, these youths, under the umbrella of Coalition of Northern Groups, CNG, carried placards saying unprintable things about their leaders’ inability to tackle the state of insecurity in the North.

In Niger State the youths also poured on the streets. Same story, same mission. Mohammed Sani Musa, the senator representing Niger East Senatorial District, said the people of his constituency were prepared to defend themselves if the government failed them.

Northern Elders Forum and His Eminence Sultan Muhammad Abubakar III all waded in with their heavy voices on the side of peace and security in the region. And all the way from USA came a similar message from President Donald Trump to President Buhari: “ Do something to stop this violence; hold those responsible accountable and protect civilians.”

President Buhari’s remarks, as announced by National Security Adviser Babagana  Monguno last week,  give an indication that he would no longer tolerate the unacceptable situation as it is. We don’t know if he told them to shape up or shape out. We assume he did.

But a stitch in time…  instead of dithering and procrastination; doing something when something ought to have been done, would have saved the country this national, if not international embarrassment. Worried about his reputation, the world expects to hear more from our president.