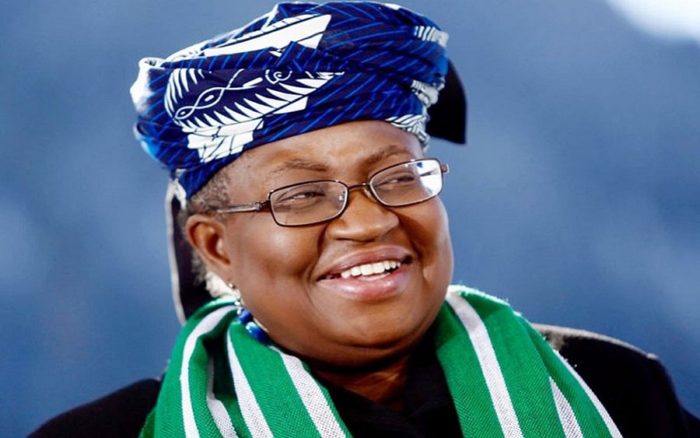 The announcement of Dr Ngozi Okonjo-Iweala as Nigeria’s nominated candidate for the position of the Director General of the World Trade Organization, which would now be vacant by September 1, 2020, and not 2021, following the incumbent’s decision to take his exit a year earlier, was received with great excitement among Nigerians.

This enthusiasm is in itself a reflection of the high regard in which NOI, as she is otherwise known, is held by her compatriots. It didn’t matter that Nigeria’s President had withdrawn an earlier nominee for the post, Ambassador Yonov Frederick Agah, Nigeria’s Permanent Representative to the WTO and a long-serving WTO insider (since 2005). In a country where ethnic sentiments run deep and every public position is seen as an opportunity to re-enact primordial ethnic conflicts, it is significant that no one complained about an Agah being replaced with an Iweala as candidate for one of the world’s most visible positions. The resume of Dr. Okonjo-Iweala that was submitted along with her nomination by the Nigerian Government read like a national honours citation.

The general consensus is that Nigeria had chosen well. It was good to see Nigerians queuing up behind merit and accomplishment. A two-time Minister of Finance in Nigeria between (2003 -2006) and (2011 -2015), and a one-time Minister of Foreign Affairs (June – August 2006), Ngozi Okonjo-Iweala is so famous in her home country that many believe if there should ever be a first female Nigerian Vice President or President, she is the most suited for the position. In 2012, and again in 2019, she had shown interest in the position of the President of the World Bank. In 2012, she was Africa’s consensus candidate and in 2019, she was not nominated, but one of the key moments in her career was her outstanding performance as Managing Director (Operations) of the same World Bank.

Her brilliance in that position and as a renowned international technocrat makes her a role model for many Africans, especially young women for whom she represents a symbol as to the fragility of the proverbial glass ceiling, and a counter-figure for the naïve assumptions about the capacity of the girl-child. But WTO Directors-General are not elected by nationals guided by patriotic sentiments. The process requires nominations to be made, and each nominated person gets a chance to articulate his/her vision before the WTO General Council, representing the 164 member-states. A decision is arrived at through consensus, not voting. There is high-grade politics involved, as well as intense competition between developed and developing countries, and within an insiders’ club that seems to run the organization.

Okonjo-Iweala’s candidacy received an early dose of this when shortly after her nomination by Nigeria, Egypt raised an objection on the grounds that the nomination was out of time because the African Union had set a deadline of February 10 for choosing a consensus candidate from Africa. Egypt argued that the nomination process by the African Union was announced in November 2019, and that in their reckoning, with Nigeria withdrawing the candidacy of Ambassador Agah, the AU was left with just two candidates from which it could choose, namely Hamid Mamdouh of Egypt and Eloi Laourou of the Republic of Benin.

This caused some concern among Nigerians. But the matter was resolved when, June 9, the WTO acknowledged Nigeria’s nomination of Okonjo-Iweala. Apparently the AU process is unknown to the WTO as the organization does not have a provision in its rules that nominees must be consensus candidates from their regional blocs.

The AU must be commended however for taking a pro-active step. As far back as November 2019, African leaders were already preparing for a WTO succession that was scheduled to occur in 2021 when Roberto Azevedo’s tenure as DG effectively ends. The game changed in May 2020 when the Brazilian WTO DG announced that he would bow out a year earlier. The Chairman of the WTO Governing Council promptly announced a call for nominations, to commence on June 8 and end on July 8. Nigeria is not only within time, Okonjo-Iweala’s nomination is valid. Her nomination has been further strengthened by the Republic of Benin’s withdrawal of its own nomination. As at the time of writing this piece, three nominations are on the table: Egypt’s Hamid Mamdouh, Mexico’s Jesus Seade Kuri and Nigeria’s Ngozi Okonjo-Iweala. The game is on, and between now and the close of nominations, more nominations are likely to be made. The name of Kenya’s Amina Mohammed has been mentioned. South Africa is said to be supporting Okonjo-Iweala.

I think African solidarity/unity is important. It is not too late yet for Africa to choose a consensus candidate. In the round of nominations for the position of the Director General of the World Health Organization in 2017, Africa spoke with one voice, and stood by Ethiopia’s Dr Tedros Ghebreyesus. Even now that he is under fire from the United States over COVID-19, African leaders are solidly behind him. Nigeria must lead the process of building an African consensus. Many African leaders have said what Africa needs is trade with other continents, not aid. An African as the DG of the WTO could help facilitate that objective especially in the light of the African Continental Free Trade Agreement (AFCTA) which may have been short-circuited by COVID-19 and the fall-outs, but nonetheless remains a strategic continental plan. Post-COVID 19, Africa is bound to remain an important destination and source for global trade. Having a strong, even symbolic presence at the WTO could be to the continent’s benefit.

There have been calls for a reform of the Organization, part of that reform should include making it more diverse and inclusive. The EU has already discussed the possibility of having a European successor to Azevedo, and a return of the DG office to a developed country, and names have been mentioned: the European Commissioner for Trade, Phil Hogan, who has openly expressed interest, his predecessor, Peter Mandelson and the Spanish Foreign Minister, Aranza Gonzalez. Africa must speak with one voice, and rally behind Nigeria’s Ngozi Okonjo-Iweala. It is not too late to persuade other African countries to act like the Republic of Benin and support Nigeria’s candidate and that includes Egypt. Nigeria must not see Egypt as the eternal rival: it must engage Egypt and other African leaders constructively. Africa’s failure to unite on the question of the WTO Director-Generalship could promote Europe’s domineering presence at the organization. There are openings for opportunities.

It is not certain for example, that the United States, this time around, will support a candidate from Europe, although the US is still probably studying the emerging nominations. Nigeria should seek the support of the United States for the position, and also lobby China, although that may be tricky, given America’s touchiness about the Chinese. It is almost certain that the United States will not support Mexico’s Jesus Seade Kuri. The possibility of a Latin American (Mexico) succeeding an exiting Latin American (Brazil) may not offer good optics.

Nobody knows how many more candidates will show up before July 8, but it must also be noted that there has never been a female Director-General of the World Trade Organization (WTO). Gender-sensitivity should be one of the reforms urgently required at the WTO.

The Organization is looking for the best possible candidate. I do not doubt the fact that other nominees are talented persons, Egypt’s Mamdouh is a WTO insider, Mexico’s Kuri has served in GATT and WTO and is a veteran of trade negotiations in addition to years at the Bretton Woods Institutions. Whatever any nominee has in terms of experience, Ngozi Okonjo-Iweala’s credentials are just as formidable and exemplary, and should a short-list be attempted she will rank at the very first level. The main criticism that I have heard is that her expertise is more in finance rather than trade. That criticism is as misplaced as the Egyptian objection to her nomination. Her resume as submitted by the Nigerian Government does not show any shortcoming in any area in terms of her experience and exposure.

The WTO says it is looking for “candidates with experience in international relations, encompassing trade and/or political experience, a firm commitment to the work and objectives of the WTO, proven leadership and managerial ability; and demonstrated communications skills.” Okonjo-Iweala is eminently qualified on all counts. The talk about the difference between finance and trade is the product of the perpetual rivalry between Ministers of Trade and Ministers of Finance. As Nigeria’s Finance Minister on two occasions, the country’s Customs department reported to her. What is Customs if not trade? As Minister of Finance, Okonjo-Iweala also led Nigeria’s negotiations within ECOWAS and with the Paris Club. Besides, she is a development economist, and trade is an essential part of that career leaning. It has also been said that WTO is organized like a boys’ and insiders’ cult. It is time to smash that cult and let in a breath of fresh air. The big consideration in choosing Mr. Roberto Azevedo’s successor should be: what kind of Director General does the WTO need at this time: a saviour or a survivor?

The WTO does not need a survivor who will seek to service old paradigms and promote the same assumptions that have affected the organization’s efficiency. The WTO is heavily challenged and embattled. It needs to be saved and strengthened. Both COVID-19 and the unending trade war and friction between the United States and China present serious challenges for the next WTO DG. The US is opposed to the idea of China passing itself off as a developing country-member of the WTO. It has raised questions about fair trade, competition, tariffs, intellectual property and the body’s dispute settlement mechanisms.

China disagrees. Other countries have their grievances. The implications for a rules-based international trading system are dire. There is a need to agree on a proper definition of what makes a country developed or developing, and move beyond the current self-classification regime. The WTO also needs to be repositioned for its trade liberalization objectives in the context of international regulatory co-operation. The next WTO DG must be a person of high emotional intelligence, a neutral advisor and certainly not a Geneva trade cultist with vested interests who simply wants to hold the position and survive. COVID-19 disruptions and an increased wave of trade protectionism have changed the dynamics of global trade. There is also the unfinished business of the Doha Round. The emergence of the next WTO DG must mark a new beginning, not the end of the beginning, and certainly not the beginning of the end for the WTO. Nigeria’s Ngozi Okonjo-Iweala fits the bill.