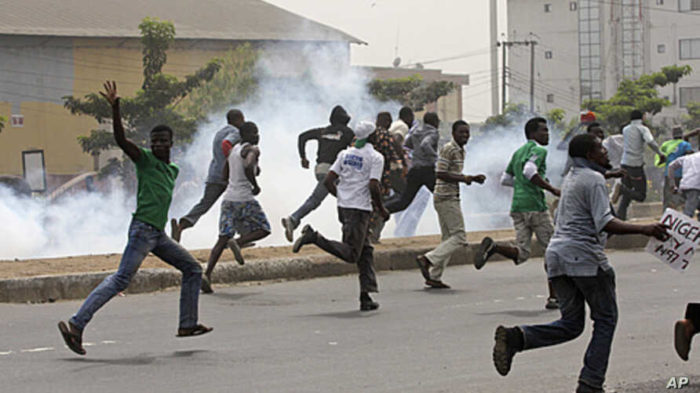 Many Nigerians face hunger amid lockdown

SHOULD Nigeria lock down and risk mass deaths from hunger and, worse, the cruelly fatal irony of security operatives killing people in the bid to save them from themselves? (The National Human Rights Commission said security operatives have killed more Nigerians than COVID-19 has) Or should Nigeria open its economy and hope against hope that the virus won’t infect and kill enough people to warrant a total lockdown?

Both options are fraught with potentially tragic consequences. The nature of the Nigerian social structure makes a total lockdown of the country a herculean task. Nigerian residential areas that are home to poor people are often overly crowded. In big cities like Lagos and Kano, underclass men, women, and children who are not necessarily family members share common rooms and other interactional spaces, which makes social and physical distancing impossible to observe.

As I indicated last week, informal, day-to-day, hand-to-mouth transactions are the pulse of the Nigerian economy. Stopping these without providing an alternative is nothing but slow, painful mass slaughter by default.

So far, governments at all levels have shown themselves to be fatally incompetent at giving relief to those who need it the most, which is more than 70 percent of the Nigerian population. The Lagos State government that I commended last week has turned out to be disastrously inept at taking care of its citizens.

It’s no surprise that there is violent rebellion in Lagos now. Expect the democratization of citizen insurgence all over the country if relief isn’t forthcoming amid the starvation brought about by government-enforced shuttering of the economy.

Citizen resentment isn’t actuated by just the hunkering down of the economy, but also by the naked fraud being perpetrated by agents of government in the name of providing “palliatives” to the weakest members of the society.

After government’s social media’s defenders’ lie that a World Bank/IMF database was being used to determine poor people in need of government handouts was exposed, the minister of Humanitarian Affairs said she was dependent on “community leaders” to identify people in dire straits in their localities.

But who determines who a community leader is? And how are we sure local politics won’t determine whom these so-called community leaders include and exclude for government’s cash handouts? It has already come to light that people are being shortchanged in many parts of the country.

In a chat with State House correspondents on April 15, the humanitarian affairs minister again changed the criteria she said she will use to share the additional funds approved by Buhari in his last nationwide broadcast.

“One, we are going to use the national social register that we already have,” she said. “Two, we are also going to focus on the urban poor as I mentioned, by using their verified BVN accounts to get them, that is, people that have an account balance of N5,000 and below. We are also using the mobile networks to know people that top up the credit units for their phones with maybe N100 or less.”

When you shut down an economy whose engine is fired by poor, daily income earners, you need to send money to at least 70 percent of the population. This is no longer just about “poor and vulnerable people”; it’s about almost everybody whose source of livelihood has been frozen by the shut down of the economy.

I know the predictable retort would be that Nigeria isn’t wealthy enough to give cash to most of its citizens like advanced economies are doing. My response is, if the Nigerian political elite would give up just an inch of their greed, there would be enough for everyone’s need in these difficult times.

Plus, several countries, organizations, and people have donated large sums of money to the Nigerian government to help it fight COVID-19. For instance, several wealthy Nigerians have been reported to have collectively donated billions of naira to the federal government. The European Union also supported Nigeria’s COVID-19 fight with a 50-million-Euros donation, which is equivalent to about 21 billion naira.

Well, the example from Sweden, which has defied global practice by refusing to shutter its economy in response to COVID-19, is frightening. The country of some 10 million people has one of the world’s worst escalating climbs in the number of COVID-19 infections and by far the worst mortality in percentage terms.

While the mortality rate from COVID-19 is between 1 and 5 percent in most parts of the world, it is well over 10 percent in Sweden. As of April 17, of the country’s 13,216 cases, 1,400 have died and only 550 have recovered. Imagine this happening in a country of 200 million people. That would amount to at least 2 million deaths.

We like to comfort ourselves by thinking— and saying—that tragedies are things that happen to “other” people. We started out by saying black people are immune from the coronavirus. When it emerged that about 70 percent of Americans who have died from the virus are black, the narrative has now changed to Africa is immune from the virus because of its hot weather.

I also want to believe that, but the example of Saudi Arabia, which is hotter than most countries in Africa, should serve as a cautionary tale. It is always better to err on the side of caution. But I also know that Nigeria is confronted by uneasy, impossible choices.

Many organizations, products, people, and even language choices will need rebranding in the aftermath of the ongoing coronavirus crisis. I will only highlight a few because of the constraints of space.

The first is the beer brand called Corona Extra. No one will ever want to drink that beer again. In fact, as of April 3, the company that produces it stopped production entirely. Of course, Virus Vodka, a type of beer that is popular in the United States, is toast, too.

Corona Secondary School near Lagos, one of the country’s oldest and finest high schools, may also have to rebrand. No one would be comfortable sending their children to a school named “Corona,” however good and storied the school might be.

But while products and organizations can change their names to avoid association with the coronavirus, people can’t. For instance, what can people who bear Obanikoro do? There are already Nigerian social media jokes that translate the name from Yoruba to English as “Oba has koro” [I.e., the king has coronavirus]. (“Koro” has emerged as the preferred short form for the novel coronavirus in Nigeria’s vernacular registers).

This is particularly bad for popular Lagos politician Musiliu Obanikoro whose nickname is, in fact, “Koro”! His political opponents will most probably mine his nickname for all manner of devious rhetorical contortions.

Finally, the Nigerian Pidgin English expression “I see am with my koro-koro eyes” [I saw it with the naked eye] will now have a whole other meaning. It might cause people to bolt in terror when someone utters it because “koro-koro” eyes could be mistaken for eyes that are infected with the coronavirus!