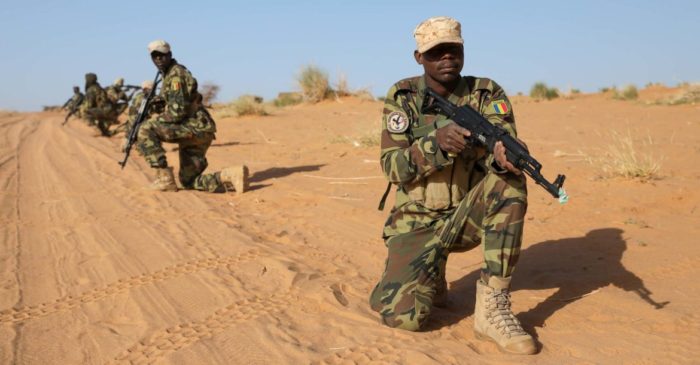 The Chadian army says it has killed 1,000 fighters during an operation against the Boko Haram armed group in the Lake Chad border region.

Army spokesman Colonel Azem Bermendoa Agouna told the AFP news agency that 52 troops died during the operation, which was launched on March 31.

“A thousand terrorists have been killed, 50 motorised canoes have been destroyed,” the colonel said, referring to a large boat also called a pirogue.

Agouna said the operation, which was launched after nearly 100 soldiers were killed in a Boko Haram attack last month, ended on Wednesday after the armed fighters were forced out of the country.

It is the first official snapshot of the outcome of Operation Bohoma Anger, launched after at least 92 soldiers were killed on March 23 in the deadliest-ever attack by Boko Haram on the country’s military forces. The armed group had mounted a seven-hour assault on a Chadian army base at Bohoma.

Reporting from the Nigerian capital, Abuja, Al Jazeera’s Ahmed Idris said: “The country is trying to help other regional powers and regional forces under a group called the Multinational Joint Task Force (MNJTF) to finally defeat the Boko Haram.”

“A similar operation was conducted five years ago, in 2015, that decimated the Boko Haram population. They have regrouped since then, and attacked and killed several thousands in the process and regional armies in the Lake Chad area have been struggling to deal with the problem,” Idris added.

Lake Chad is a vast, marshy body of water where the borders of Niger, Nigeria, Chad and Cameroon meet.

The western shores of the lake have been hit by armed fighters crossing from northeastern Nigeria, where Boko Haram launched a bloody campaign of violence in 2009.