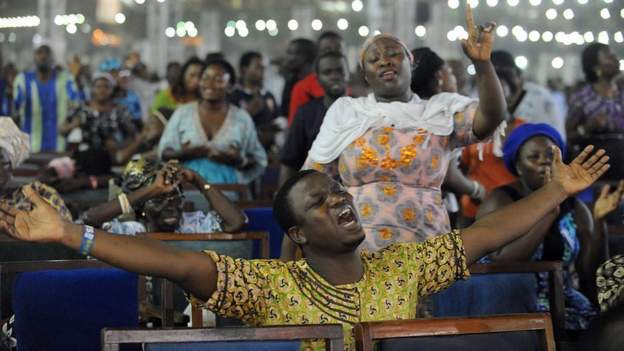 When the coronavirus eventually afflicts Nigeria’s most senior public officers, and hurls them to life’s precipice, let’s hope they understand the poetry of their flirtation with demise. Let’s hope they appreciate the justice of it.

In that moment, their “Excellencies” would rue their refusal to build world class health facilities in the country. They will regret the paltry funds they doled out to the health sector, leaving the citizenry to die of misdiagnosis and malaria, while they jetted out to pop a pimple and trim a wart, or treat a minor case of migraine in specialist hospitals abroad.

Let’s hope the afflicted governor, lawmaker, minister, among others, appreciate how the billions of public fund wildly misappropriated in the purchase of their official cars, their children’s weddings and wives’ shopping sprees abroad, could save lives and guarantee public confidence in the time of coronavirus.

Nigeria hasn’t mustered a convincing response to the virus; following the brute awakening posed by the Italian patient, about five new cases have reportedly being identified, thus society can no longer dominate the disease psychologically or dismiss it as urban legend.

Each surge of rumour or news report about fresh quarantine of “suspected cases” booms as a relapse to reason or hypnotic startling to sentience, still. Is Nigeria truly ready to contain the scourge?

After the Ebola crisis, one would think that every state would build a containment centre with at least 250 beds as a proactive measure against future pandemic – it is noteworthy that besides the containment facility built by the Lagos State government, no other state initiated such a measure.

Today, every fresh case of coronavirus must be transferred to Lagos to avail the patient of appropriate medical care; in the case of an emergency, the fate of the patient is better imagined.

As Nigeria grapples with the frenzy for nasal masks, gloves, antibiotics, hand sanitizers and ‘anointing-miracle oil,’ all barely available at prohibitive prices, and lawmakers plan a two-week recess in order to allow management of the National Assembly provide screening and detention facilities at the complex, the presidency has pronounced a ban on foreign trips by public officers.

Who would believe that there would come a day, when public officers shied from foreign trips?

Apparently, the incumbent ruling class, faced by its vulnerability alongside 190-million citizenry, or thereabouts, has suddenly stirred to the demands of public office. Struck by morbid fear of the eruption of the virus beyond their gated paradise, they commit to reactionary measures against a plague that has now been pronounced by the World Health Organisation (WHO), as a pandemic. Simply put, public officers only seem to care about their own fate.

While they fail in several crucial aspects of governance, they allot the lion’s share of public wealth to the fulfillment of their vanities. They prey on the weak and helpless citizenry, deploying the agents and machinery of state – at the backdrop of the situation, certain public officers, governors to be precise, are embroiled in a bitter, war to perpetuate themselves in power beyond the 2023 general elections.

While they obsess about the 2023 polls, Nigeria reels from the ravage of terrorism, armed banditry and the onset of a pandemic.

In light of the hardships foisted upon all by inefficient leadership, the onus rests on the citizenry to liberate themselves and the country from their clutches.

The relationship between a predatory leadership and the citizenry could be likened to that between a property owner and an intruder. There can be no compromise between both; offering the intruder a single teaspoon of the property owner’s silverware would not be a compromise, but a total surrender as Rand would say – the recognition of the burglar’s right to one’s property.

And if I may retell in Rand-speak, the Nigerian conundrum, I would say, that, there can be no compromise, however exquisitely couched, between the citizenry and an insensitive leadership.

Whether we like it or not, there can be no concession or sophistry acceptable on basic principles and fundamental issues. There can be no compromise between truth and falsehood, reason and irrationality.

Nothing corrupts and disintegrates culture and character like the principle of moral agnosticism; that is, the idea that one must be morally tolerant of anything and everything. And that ingenuity consists in never distinguishing good from evil and taking sides. It is obvious who profits and loses by such precept.

Even as so many of us indulge in the propagation of hatred, for and against the interests, of our preferred politicians and public officers, it wouldn’t hurt to heed the subtle warnings of reason and the caveat of objectivity.

Given that we put ourselves on trial every time we think and speak, it is only fair that we shun the amoral cynicism and hooliganism that has become the plague of the political space.

The next general elections is in 2023 but desperate actors in the political class have begun plotting, 36 months early. Governors with presidential ambition, for instance, desert their states and primary duty while shuttling covens where they hatch their frantic plots.

Such characters conveniently forget that the best plot towards relevance and staying in power is good governance. Rather than institute a sterling culture of governance, they embark on a delirious quest to grab power, outside the considerations of merit and performance.

As states groan under the burden of infrastructure lapses, education, regulatory and health systems collapse, the citizenry must understand that they are on the receiving end.

This is certainly not the time to defend unjust privileges of ethnicity, religion, benefactors and godfathers, even as the latter make their world less happy, less compassionate, less peaceful, more full of greed and compatriots whose growth is continually stunted by oppression.

A spectre is haunting the country. Wide-eyed, the electorate entered an unholy alliance with the ruling class. They do not constitute formidable opposition to keep leadership on its toes neither do they offer invaluable support to keep our leaders in check.

As we endure familiar and unfamiliar crisis of citizenship and governance, let us pay good mind to the 2023 electoral march. Come 2023, the citizenry must seek out candidates on the basis of their antecedents in governance and outside it.

If we did not indulge in such abject perversions and pitiable evasions as the argument that some contemptible liar “means well” – that a mooching bum “can’t help it” – that an unrepentant murderer “needs understanding” or that a desperate, power-thirsty politician is driven by concern “for the public good,” the history of our past few decades would have been different.

Do we know the candidate who could guarantee the provision and sustenance of good roads and electricity, standard and affordable health care, security, a stable economy and quality education among others?

Shall we now identify and root for the candidate capable of resolving the conflicting characteristics of our tribal mentality? Can we identify the candidate who can validate and attain a worthy equilibrium between the expediency of wiping off our slums vis-à-vis the affordability of beautiful cities and suburbs?

Can we identify the candidate who can evaluate and project our given concretes by an abstract principle while exacting the most probable if not practicable outcomes? In peace or war, pestilence or health, that would be a leader for all climes.