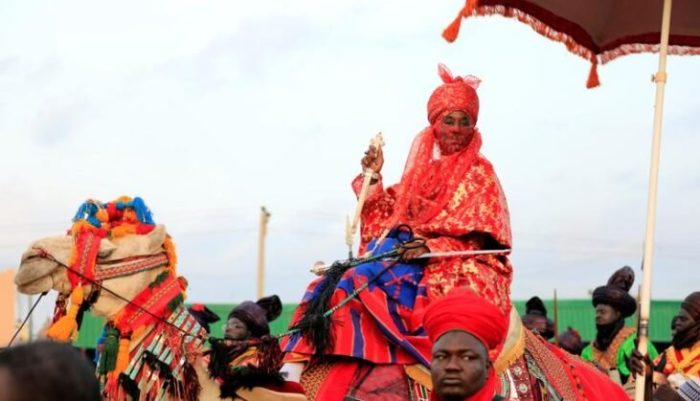 Fellow Nigerians, please permit me to start, uncharacteristically, with several preambles, rolled into one today. You will discover why in a jiffy. I’m out to establish some principles that drive and guide me. I hate any form of oppression regardless of who is concerned or affected. One of the reasons Nigeria has been in this monumental mess is due to the wickedness and vindictiveness of our leaders. Lest I forget, the followers, the so-called lumpen proletariat are not left out. Government after government seeks to outdo the other in doing evil to fellow citizens, and the hapless hoi polloi regale themselves with the tales of the unfortunate victim’s misfortune, forgetting that the dehumanisation of one person is the bastardisation of all. I often wonder why we gloat and relish in the display of rabid hatred and pure evil by our leaders, to the detriment of our sense of fairness, good and justice. However, it seems that our make-up is such that the thought of harm and bad tickles our fancy so much that we are glad to vicariously experience the power of those who wield the baton. Our leaders spend ample time chasing irrelevances and looking for who next to destroy. We wittingly or unwittingly join them in this pursuit and by so doing encourage the damage they do to our psyche. It is as if they will ultimately obtain Olympic medals in how much pain they can inflict on their hapless victims. And we the so-called masses will collect the lesser medals by virtue of our tacit and complicit acquiescence. Shame!

The focus of my epistle today is very simple. I’m a good student of Nigerian history. If wickedness alone could build a nation, Nigeria would probably be the greatest country in the world. Unfortunately, that is the least important requirement for good governance, if at all it is. There is nothing force, or malice, can achieve that love and affection can’t get better and faster. Let me start with my personal example. I will try to summarise the evil event that changed my life.

In 1995, July 22, to be precise. I had gone on a visit the day before to my professional godfather, Chief Olusegun Osoba, in the historic city of Abeokuta, and was returning to Lagos. The battle for the revalidation of the June 12, 1993, Presidential election, which was clearly and most definitely won by Chief Moshood Abiola, was raging. Chief Osoba and I had spent the better part of the night chatting and ruminating over the pestilence that had descended upon Nigeria. Chief Abiola had been picked up the year before and detained in General Sani Abacha’s gulag. Not just that, Chief Abiola who was undeniably one of the most distinguished Africans of the 20th century, was kept incommunicado, for no justifiable reason. We were deeply worried about his personal safety and the state of his health. I left Abeokuta early and was looking forward to a blissful sleep on getting home because I was very tired. But this was not to be.

My dream soon vaporized and evaporated. My God, I never bargained for what awaited me. On my way home, I saw my wife’s car, which was strategically parked so as to make it easy for me to see it. That was it. My life would change from that of a free citizen to that of a refugee, just in a matter of days, something I never wished for my enemies. My wife informed me some men had come to tip her off about my impending arrest by the dreaded secret security agents. And anything and everything may be tried, including charging me for treason, was on their plates. I never planned to live outside Nigeria, in this my current lifetime. I had visas to several European countries but never spent beyond any booked days. On this particular occasion, things were different. There was a new Sheriff in town who was ruthless. So, I was advised to vamoose. No time for rigmarole. I dialogued with my feet and opened a new chapter in my book of life, rushing into the open arms of uncertainty because I had no choice.

On July 25, 1995, I escaped through the Seme border, like an inveterate smuggler. I meandered my way from Cotonou to Lome and from Lome to Accra that evening. I left Accra on July 28 and landed at London Gatwick on July 29, 1995. It was one of my saddest days on earth as I was journeying into the unknown amidst great insecurity. To cut a long story short, I would spend the next three years in exile. But this is not the main story. The real meat is what I managed to do and achieve during that period.

Many people laughed scornfully at the supposed foolishness of my support for Chief Moshood Abiola. “Are you Kola Abiola that you want to kill yourself for nothing…?” But truth was I was not fighting because of Abiola. He had the capacity to defend himself and family. I was fighting for the rights of man. If a man as fabulously wealthy and powerfully connected as Abiola could be so easily oppressed, then we were in big trouble! I needed to put up a fight, within my limited resources, for the sake of myself, wife and the future of our lovely children. I wish some of us would have this mindset, albeit it is a bit selfish because in the end it will benefit all of us.

Many gave up on me, wrote me off, and concluded I was finally finished. But God was not done with me. He was ready to show me off to my critics as yet one of his miracles in progress. It was during this period of my excruciating travails that God handed me a beautiful and priceless gift, Ovation International magazine. And this taught me a lot of lessons, one of which is that if there is life, there is hope. Never give up on a man or woman who God wishes to favour. This has since remained my guiding principle.

Let me repeat, I hate oppression with all the fibres in me. This is why you will find me crying louder than the bereaved every now and then. Which leads me to my next preamble. Sorry, we are getting closer to our destination. I will be brief, please, because I know you can’t wait to get to the end of my salacious and sagacious tales today.

I’m sure you remember how Sanusi Lamido Sanusi launched a blistering attack on some banks and its management when he was governor of the Central Bank. While I thought our banks needed to be sanitised, I vehemently disagreed with the modus operandi being employed by Sanusi. SLS (as he is affectionately known by his millions of admirers) was hailed by the usual pepper-them-gang. “Kill them,” they chorused in unison. I’m sorry to note and confirm that many Nigerians suffer the kill-and-go syndrome. We all complain and grumble about corruption but join them as soon as we get the opportunity to be in government. In short, we are all saints, or seeking angels from outside, until we become one of the beneficiaries of the unethical and immoral practises, we so much frown against.  That was one of the major attractions of the second coming of Major General Muhammadu Buhari in 2015. We often studiously ignore the fact that nations are not governed by saints but by PERFORMERS.

So, I took on Sanusi as he demolished the banks and scattered its owners to the winds. I wrote an article THE BULLY CALLED SANUSI. And all hell broke loose. Sanusi’s supporters came after me in droves. They claimed that I must have been paid by Erastus Akingbola and others. For some who knew that Akingbola came from the same neck of the woods where I had sojourned and grown up in Ile-Ife, their conspiracy theory was fulfilled. Never mind that it had been a long time since I saw Akingbola, and I simply had no business with him. Those who had no principle whatsoever saw like minds in their mirrors and mentality. All entreaties that we must defend and protect the rights of man fell on deaf ears. All they wanted was instant lynching. But I knew today will come sometime and some day. The same impunity you employ to catch a devil would be used against the saint. Impunity begets more impunity.

Sanusi and I would later meet inside the elevator of the Intercontinental Hotel in Lagos and he exclaimed: “Dele, your pen is very wicked, very wicked…” And everyone on the lift laughed. It was obvious he respected my boldness and audacity even if he possibly detested my guts. I was shocked when he asked his Assistant to give me his number. And that was it. I was later to learn that he never detested me at all but was appreciative of my constructive criticism.  The hallmark of a true leader. I rarely contacted SLS and only sent him congratulatory and goodwill messages when the occasions arose. I later visited His Highness in the Emir’s palace in Kano. My best friend, Prince Adedamola Aderemi, and I visited him, and he gave us a first-class treatment befitting of Princes.

Let me give two more examples, but simultaneously. Here’s the story of two Mallams, Nuhu Ribadu and Nasir El Rufai. Once upon a time, they were the two hottest items, as Chairman EFCC and Minister of the Federal Capital Territory, respectively. They wielded enormous powers. I wrote an article warning Nuhu Ribadu and assured him that he did not know Nigeria and Nigerians well enough. The person whose head is used to break coconuts hardly partakes in its eating. I knew the day would come when the hunter would become the hunted. And it came to pass. Both Nuhu and Nasir absconded from Nigeria and spent considerable time in exile, like me.

Early this week, the kings of impunity came back to haunt Emir Sanusi II and grabbed him by the jugular. I was not surprised because it was a prophecy long foretold. All manner of conspiracy theories soon emerged. The most popular one was that it was a strategic stunt by the North to ease Sanusi out of the gilded cage he’s been kept in the Kano palace and it was time to set him free. The object, the false prophets proclaim, is to make him extremely popular through the dramatisation of a charade of dethronement and then lead him to the next stage of his dramatic rise to the summit of Nigeria! Who knows? Nothing is impossible in Nigeria. All I know is that even if Sanusi wasn’t considering the Presidential contest before, the phenomenal surge in his popularity rating in the past few days must make that very tempting and possibly irresistible.

I wonder why Governor Abdullahi Ganduje couldn’t ignore nor tolerate the tantrums of Emir Sanusi, if indeed, he could classify his profound dissection of the problems of the North and the solutions he proffers as such. I still can’t fathom what Ganduje thought he stands to gain by sacking Sanusi unceremoniously. Now the cookies have crumbled. And the Governor and his friends must be wondering what happened. Nothing other than that the apotheosis of Sanusi Lamido Sanusi is now assured and guaranteed. A man of adventure has been served his food, a la carte!