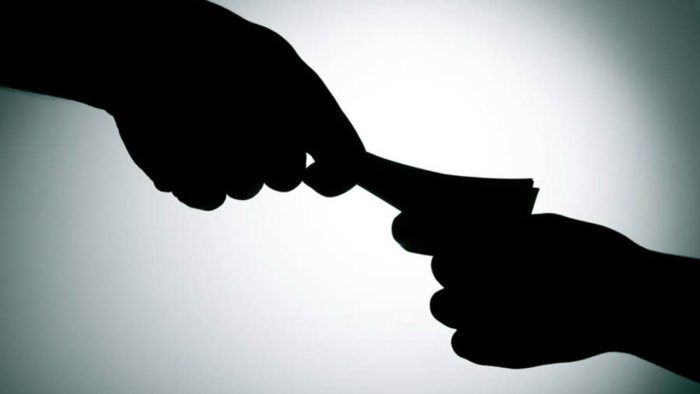 One challenging issue that seriously affects Nigeria’s economic development and her image internationally is corruption. Despite efforts by the Economic and Financial Crimes Commission, the Independent Corrupt Practices and other Related Offences Commission and other anti-corruption agencies, corruption continues to hold sway in the country.

According to the Carnegie Endowment for International Peace, corruption is the single greatest obstacle preventing Nigeria from achieving its enormous potential, which also “drains billions of dollars each year from the country’s economy, stymies development, and weakens the social contract between the government and its people. This is not just the only bitter truth on the impact and consequences of corruption to Nigeria, Nigerians too “view their country as one of the world’s most corrupt and struggle daily to cope with the effects.”

Nigeria, Transparency International claims, is ranked 146 out of 180 corrupt countries in the world. Countries on the watch list include Canada, Angola and Saudi Arabia, while Canada, Nicaragua and Australia are on the decline.

TI also says that countries improving in the fight against corruption include Greece, Guyana and Estonia, while those that scored more are New Zealand and Denmark with 87 scores each, followed by Finland(86), Singapore, Sweden and  Switzerland, having 85 scores each. While the bottom countries are Somalia, South Sudan and Syria with 9,12, and 13 respectively. Other countries who closely followed are Yemen, Venezuela, Sudan, Equatorial Guinea and Afghanistan.

There are many faces of corruption and they include fraud, embezzlement and bribery. The Corrupt Practices and Other Related Offences Act, (2000) section (2) defines corruption as including bribery, fraud and other related offences. One can also define corruption as any act, action or commission enacted by a member of an organisation with the aim of meeting the selfish needs of the person.

Corruption is a global phenomenon and fighting it locally and on the international stage requires the collaboration of all. Countries should make effort in fighting the different kinds of corruption so as to rid their economies from the activities of corrupt persons and protect their image.

Sometime ago, the Economic and Financial Crimes Commission and the Federal Bureau of Investigation, in an operation code named ‘Operation Rewired’, arrested and indicted almost 80 people, who were mostly Nigerians, in a wave of cyber crime related offences. The impact of this on Nigeria’s image is devastating, but the success of the operation was worthy of celebration.

According to the Cable Network News, the FBI’s dramatic arrest and indictment of the 80 cybercriminals made headlines globally. Closer to home, CNN added, it prompted concerns among Nigerians, who were worried about the impact the busts will have on how the world views them and their country.

Now with the FBI’s takedown of the criminal network, it said, Nigeria and her citizens risk facing “an unprecedented international backlash.”

The impact of corruption on the image of Nigeria is, no doubt, quite negative. Just as it is in its entirety, corruption of any form brings no country good. Instead, it stultifies growth and development.

The impact of corruption on the Nigerian society includes poor service delivery, inadequate infrastructure, bad governance, pervasive and dehumanising poverty, and general underdevelopment. The cankerworm accounts for the inefficiency and unimpressive growth and development, including the possible failure of democracy in Nigeria.

Nigeria also needs to step up in areas of collaboration with other anti-corruption agencies both on the local and international stage. There should be that political will among countries, organisations, associations and civil society groups to fight against corruption.