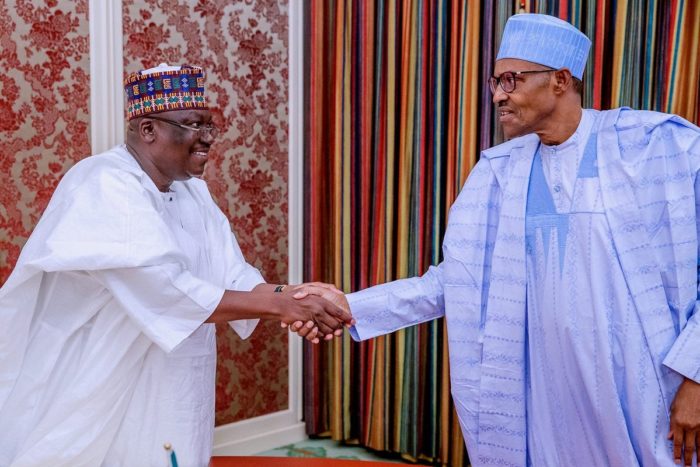 Last week the Senate approved the borrowing of the sum of $22.7 billion dollars (8.1 trillion naira) by President Muhammadu Buhari, something the previous Senate led by Dr Bukola Saraki had rejected. That amount is almost the same with the amount of money Buhari signed into law as the 2019 budget of Nigeria (8.92 trillion naira). Two sore points emanated from the approval of the huge loan.

The first was that it was another step to sink Nigeria deeper into debt. On April 21, 2006, during the tenure of Chief Olusegun Obasanjo as President and with the efforts made by Dr Ngozi Okonjo-Iweala as Minister of Finance, Nigeria paid 18 billion dollars to the Paris Club, and its remaining debt was written off. Nigerians heaved a sigh of relief because of the burden Nigeria had borne for many years regarding the debt. Before the debt was written off, rather than use its funds to provide highly needed infrastructure, Nigeria had been using its funds to perennially service debts. Sadly, Nigerians were not sure of what the debts they were servicing were used for and how the interests became higher than the initial debt.

– Institutional strengthening and implementation of policy reforms ($33.7m, min. of works and housing)

– Integrated programme for development and adaption to climate change in the Niger Basin ($6m; Nigeria and Niger)

The only mention of any part of the South-East in the plan for the loan was under power where Enugu State was listed among the eight states plus the Federal Capital Territory where vocational training in power sector would be conducted with $50m.

When the nation-wide projects that are not assigned to any location are isolated, we have:

Therefore, the total amount that will be spent on these nationwide projects is $5.2 billion. That is about 30 per cent of the entire loan. That means that this 30 per cent will be spent on the 36 states of Nigeria plus the Federal Capital Territory. This is where the South-East states will get their own share of the 22.7 billion-dollar loan that Buhari plans to borrow. Ironically, to pay off the debt or bear the brunt of the debt, no Nigerian state will be excluded.

Some have argued that the South-East did not vote for Buhari and should not expect any magnanimity from Buhari. But that is a lame and baseless excuse. Buhari is not running a private estate. He is presiding over the affairs of Nigeria. The money he uses to run the nation is not from his private pocket or regional pocket.

If that argument were to apply, it would have applied to the North-East and North-West. In the North-East, the Boko Haram terrorist group has declared the Islamic Republic and hoisted its flag in many parts of the North-East and has controlled territories there in the last ten years of its campaign of terror. Similarly, the so-called bandits have been unleashing terror in many parts of the North-West, including Buhari’s homes state of Katsina, where the locals pay pizzo or protection money to them, to avoid being killed or kidnapped. State governments of Katsina, Kaduna, Zamfara, Kebbi, etc, have been helplessly begging the bandits to stop their attacks. But in spite of having groups which have successfully established parallel government within Nigeria, the Federal Government still spends huge amount of money in the North-East and North-West, without anybody telling the two zones that they are no longer part of Nigeria.

The long-running disdain Buhari metes out to the South-east does not help to create national cohesion. It merely helps to weaken the Nigerian state. And that the National Assembly will watch and even endorse such actions in the guise of supporting the government of President Buhari is a subtle way of helping to weaken the fabrics of Nigeria. It is not too late for Buhari and the National Assembly to retrace their steps in the name of national cohesion.