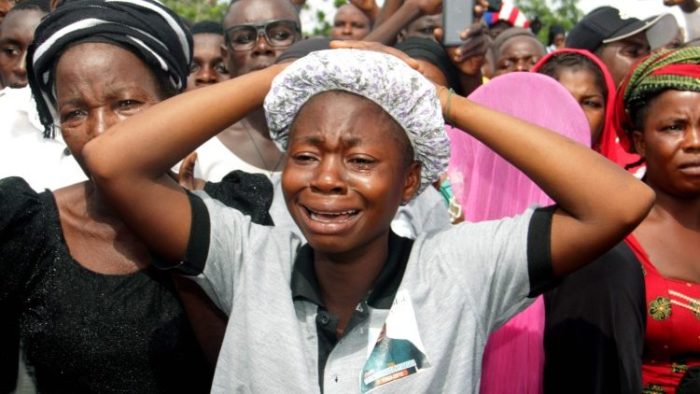 “I also came to apologise for failure to protect you fully. We are doing our best to minimise such incidents. You should continue to forgive us” – Mallam Nasir El Rufai, Daily Trust, Thursday, March 2, 2020.

Although it carries a tinge of political correctness, there is something refreshingly urbane, touchingly compassionate and caring about the Governor of Kaduna State, Mallam Nasir el Rufai’s apology to villagers in Karawa and its neighbourhood, in the aftermath of the massacre of 51 people by bandits last week. True, apologies, Truth and Reconciliation commissions, Restitutions and the like are now a part of an emergent global therapeutic culture, but they are yet to take root in Nigeria where hardly anybody says sorry for any omission or commission.

Our streets reek of a low brow, uncivil culture in which the best way to provoke a fight is to ask someone, who drives offensively, to apologise or show remorse. On one occasion, on an oppressively hot Lagos afternoon, I watched a car driver berate an elderly gentleman, whose car he nearly bashed by trying to overtake dangerously. Upon the gentleman complaining, the much younger driver hollered in a husky voice the unprintable abuse in Yoruba, ko ni da fun yalaya e (it shall not be well with the generation of your mothers) and sped off.

We have carried this culture of abuse into public life, buoyed up by the overlay of authoritarian rule, the warped mindset that power and money are all that matter in life, and the oversize ego of arriviste public officials. Our politicians talk down to us, do not take responsibility for woeful governance, do not share or show empathy for the bleeding veins of a mismanaged nation and are often discourteous. It is against this background that one finds el-Rufai’s apology to the villagers who had lost kith and kin, as well as property, a welcome departure from the unfeeling norm of failing to even acknowledge, much less sympathise with the depressing plight of Nigerians.

That said, we can raise the question whether el-Rufai should have been the one tendering the apology, or whether it should have come from one of the service chiefs, or from the Commander-in-Chief, that is the President, Major General Muhammadu Buhari (retd.), on whose table, the buck stops. This question is asked in the light of the fact that under the 1999 Constitution (as amended), security institutions do not answer to the governors but to the Commander-in-Chief, in which case, he ought to have been the one visiting the afflicted villages, or at the very least, the Vice-president.

In instances where people have been hurt, traumatised, apologies serve the purpose of mollifying grief, providing consolation and fellow feeling. But they ought to be coming from the right quarters, otherwise, they carry a twinge of inappropriateness. Besides apologies, even when they come from the right quarters, is the issue of whether the source of grievance is being vigorously tackled or redressed. In this instance, it is gratifying to note that after the killings, there was a spectacular display of aerial and ground firepower by combined contingents of soldiers fighting on land and members of the Air force.

The pity, however, is that much of the harm to lives and property had been done, in which case, the response came too late to avert the massacre. That was not the only problem. The memory of bombardment and captivity go far back; however, in recent times, it should be recalled that in October last year, roving bandits surrounded about 16 villages in the same vicinity and compelled the villagers to relocate or face extinction. Consequently, thousands of them were displaced from their own lands. In February this year, 21 people were killed in yet another attack by bandits. In those circumstances, it is pertinent to ask whether what was required was just an apology, nice as it sounds, or fundamental assurance that the Federal Government will follow by rigorous action of a preventive and proactive nature. That is another way of saying that the repetitive, drastic and overwhelming nature of the calamities require sustained action, demonstration of official force that will show that these are not a people sentenced to death, which even if they escape one day, will sooner than later, catch up with them.

Obviously, as pointed out in the conversation on national insecurity, one of the key weapons is intelligence gathering, which contains the potential to reveal impending attacks, and if taken seriously, ought to lead to counter-mobilisation to avert them. Undoubtedly, there are other issues involved, considering that there are cases where villagers send distress calls concerning hovering raids, but in which, reportedly, no action is taken until disaster actually overtakes them. This suggests that intelligence gathering, however sophisticated, does not exhaust all the issues involved.

We cannot rule out sabotage, low morale, weak fire power, obsolete equipment, among other things that tend to disable an otherwise valiant force. Consequently, there must be a plan to reinvent our response to the scourge, as well as create elite forces as special purpose vehicles, to roll back the advancing army. We are not the only country to have combatted banditry and insurgency; several countries in Latin America did, so we do not need to reinvent the wheel, but to copy their productive and victorious templates.

One other disconnect mentioned by The Nation columnist, Femi Orebe, is the divorce between military and police action, and scholarly research, citing the example of an academic study conducted on banditry in Zamfara State. Orebe drew attention to the lament of scholars that no government official has ever asked them or shown interest in their research. I’m sure much the same thing can be said for states like Kaduna, which is fast repeating the trajectory of banditry in Zamfara and Katsina states. In other countries, where similar problems predominate, governments or state departments consider it their duties to sponsor researches, the fruits of which will be harvested in years to come. But if our governments and security institutions do not show interest in privately funded researches, they are unlikely to appreciate researches funded by them.

This is a problem with a wider background, but pointing up the difference between security organizations with an intellectual culture and one that merely boasts educational qualifications. In one Latin American country, researchers within the security apparatus had arrived at broadly similar conclusions with the intellectual left, by which I mean, democratic socialists based in the universities and elsewhere. Those findings became the basis of social reforms later introduced by a left-leaning government. Left or Right, the point is that a counter-insurgency or counter-banditry war cannot be won on a hit or miss basis, or on assumptions not grounded in evidence-based research. The point, therefore, is to close the gap between strategic thinking and field operations in the current campaign.

In conclusion, el-Rufai’s apology points to the possibility of politicians that care about the people’s travails and take the social contract seriously. Much more than that is needed to turn the tide in what is virtually becoming an endemic and unwinnable war.