Home Columnist Nigeria has a male problem (2) – By Olatunji Ololade 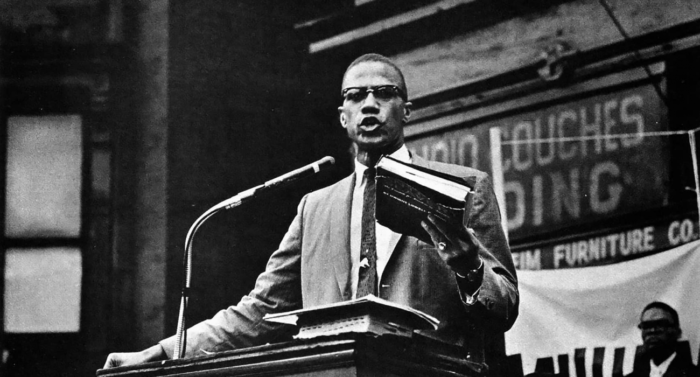 Toxic masculinity’ is the new rage. It connotes everything supposedly wrong with Nigeria’s male folk. Coined in Western feminist circuits, an obsession with it at the homefront highlights the workings of the misandrist mind. Yea, most of Nigerian feminists are misandrists or closet man-haters.

Shall we apologise to ‘moderate’ or ‘conservative feminists?’ It’s only fair that they answer for society’s affliction by Feminazis just as the latter tar every male with the sins of misogyny.

Man hating feminists are done playing catch-up ball. Like tyrant nature, they are making up the rules and redefining the parameters of gender relations in their onslaught against man and society.

They hope that by recasting man’s identity in the furnace of their torrid intellect, the patriarchy would be cowed and defeated. As far as utopian fantasies go, that is achievable only in feminist dystopia.

By chanting the sins of toxic maleness, they seek to force men on a defensive swerve. With delusional certitude, they aim to usurp the patriarchy and seize control of society. But like all things novel, they will enjoy their seasons of anomie and pretension to sentience. They will seem to ‘run things,’ until their sand castles come tumbling down.

The Nigerian man must, however, live to thwart the onset of feminist dystopia. Right now, he manifests as a lost cause. Having strayed in the maze of perverse feminist plots and literature, he navigates manhood, answering to name-plates forged by his nemesis.

By remoulding him into a demon, a doormat and social affliction, feral feminists or Feminazis, if you like, have gained an edge over him. The exploitative nature of rapists, murderers, looters, assassins, paedophiles, and tyrants among men further affirms misandrist claims against the Nigerian man.

They argue, that, “Since man is a beast and affliction to women and the girl-child, he must be inconsequential in the scheme of things.” In truth, he is.

Misandry and demonisation of men have devalued male worth to the extent that society is blasé about the predicament of men and the boy-child. This is responsible for the shocking bias in the lack of attention to men and boys’ health in general, for instance, while the mass media and health advocacy groups perpetually obsess about women’s health and the girl-child’s.

The absurdity of this mindset is that while girls are badgered with crucial health information even before puberty, boys, with whom they engage in random acts of sexual misdemeanour and experimentation are virtually ignored.

The cultural and institutional misandry perpetuated by ferine feminists aggravate the destruction of the family system and denies the boychild the boon of an external role model especially when he must seek outside his family for heroes.

Boys are in trouble; due to the lack of positive male role models in their lives, they get what they can from TV, anti-male films and video games. All they need is someone whose exemplary footsteps they could follow but the society provides them only men they could dumb down to.

A recent analysis of 2, 000 mass media portrayals of men and male identities, found that men were depicted mostly as villains, aggressors, perverts, and philanderers. From this stock-pile of anti-heroes, the boy-child is expected to navigate for a good male identity.

Promoting the image of men as juvenile, mean and stupid is cynical and exploitative, which makes the tide of inverse sexism that has swamped out television screens even more appalling. 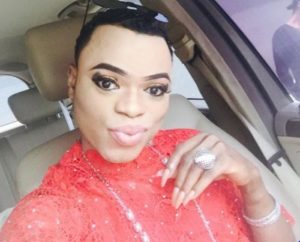 In modern Nigeria, boys and young men suffer a dire lack of role models, especially if they are raised in a single-parent home, as one in eight children now are. The situation is worsened by the lack of positive role models in government, and the perpetuation of overwhelmingly negative images of men by the media and feminist scholarly research.

Ultimately such portrayals lead to negative social costs for society in areas such as male health, rising suicide rates and family disintegration. This is a precarious age for the boychild. He is taught to repudiate patriarchal notions of manhood and imbibe effeminacy as the cornerstone of his becoming.

If you are a father reading this, it is not too late to teach your son to be a man. Teach him to dismiss aggressive and perverse conditioning hurled at him in the classroom, in the worship houses, on the mainstream and new media.

Teach him to be proud of the patriarchy, and contribute to its ontology by his blooming as an evolved man. Teach him to be pitiless with odds but gentle and firm with feral females. Teach him to be just and humane, impartial and kind, in his dealings with both gender. Do not ever, ever go out of your way to raise him as a feminist. Instead, teach him to be human. It’s enough to raise him on a gruelling diet of tough love, humaneness, godliness, compassion and honest industry.

Do not raise your son to be gender neutral. Teach him that gender is never entirely a social construct and that the nature vs nurture dichotomy is a farce. Cultures build on biological foundation. Hence biologic determinism precedes socially learnt roles. It’s nature and nurture engaged in complex interactions.

Teach him that it is never manly to hit a woman whatever the magnitude of her toxicity. Teach him to understand, that, if feminism for all its double standard and monstrosities is declared a movement for women’s emancipation and equality with men, chauvinism too may pass as both his rampart and riposte to the toxic feminist’s gendered storms.

Teach him to redefine chauvinism as a movement for family, nationalism and human rights. Teach him to avoid living to stereotypes and the entrapment of what the Yoruba proverbially dissects as ‘Iku ti npa ni.’

Teach him to deal with his woman with caution; even while loving her deeply, protecting her and providing all of her needs, he must never forget to preserve self and family.

Teach him to honour women of all shades and temperament. Even the most toxic feminist deserves his respect and gift of subtle re-enlightenment. If her temper gets too ugly like a wilding’s, teach him the wisdom of keeping the distance and self preservation.

The Nigerian boychild needs worthy role models unlike the sex-crazed, drug addicts parading as hip hop artistes, industry titans and politicians among others. Teach him to understand that not all men would attain the height and billions of Aliko Dangote and that success is never always determined by his fellowship of Tony Elumelu’s Heirs’ network.

Help him understand that it is sickly to claim that as a millenial, he has no time to read. He hasn’t the attention span of a dimwit, does he? Teach him to appreciate literature’s long reads and journalism’s long forms as the best of mankind’s intellectual gifts.

And above all, give him the gift of vision and higher learning. Teach him to understand that progress in human affairs is more often a pull than a push, a surging forward of the Olympian, and the lifting of his weaker peers, irrespective of gender, slowly and painfully to his vantage ground, as Du Bois would say.

Let this be part of your gift of manhood to the boy-child. He needs not alms, but a teacher; not rage, but character.