Home Columnist Shina Peller: A legislator with a human touch 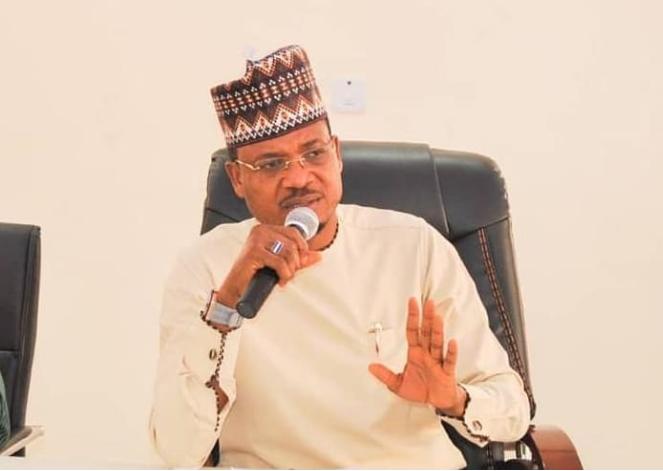 Shina Abiola Peller is neither your average club owner nor your average politician. He is somewhere in the middle. While it can be said that his presence elicits excitement, he dissolves himself into a kind of self-effacing anonymity that speaks volume of his humility.  Simple and unassuming with a warm relational attitude with people who come across him.

Like honey bee, his presence draws people as he radiates charm and easily, people see in him an inspiration worthy of emulation. As he said in a recent interview with Punch Newspaper, “I’m not the kind of person that likes to flaunt the power of money because I believe more in humanity and relationships outside money.”

In a recent event in Lagos, a young man who saw him for the first time asked “Is this the Shina Peller I have been hearing about? How come he is mixing freely with people?”

It is something many people find difficult to come to terms with given the culture of bigmanism that they are accustomed to in this part of the world.

Peller is not just a successful entrepreneur he is also a member of the House of Reps.  It is obvious from his countenance that his status has not gotten to his head.

While he is famous for owning Club Quilox, one of the biggest night clubs in Africa, he is also into other businesses. He is the chairman and chief executive officer of Aquila Group of Companies. Quilox is just one of the numerous businesses under Aquila.

He loves to serve people. That was one of the major reasons he started a hospitality business in the first place.

His quest to serve his people also made him delve into politics. Unlike some young Nigerians who ran for political offices under relatively unknown political parties, Peller chose the All Progressives Congress, APC to test the waters.

He was well aware of the fact that the two major parties in Nigeria are the People’s Democratic Party, PDP and the APC.

He said, “You have to understand that there are just two major parties in this country. I have been to some areas where the people only know about the two major parties and are not even aware of social media.”

The successful entrepreneur was born in Lagos on 14 May 1976 to Alhaja Silifat and Professor Moshood Abiola Peller, the famous magician. He grew up in a Muslim home and traces his origins to Iseyin, Oyo State in South-Western Nigeria. He studied Chemical Engineering at Ladoke Akintola University of Technology, Ogbomosho, Nigeria, where he obtained his first degree in 2002. Subsequently, he obtained a Masters degree in Business Management also from Ladoke Akintola University of Technology in 2013. He served in Abia State in 2003 to fulfill the mandatory one-year service of National Youth Service Corps required of all Nigerian graduates.

Peller is a member of the APC and declared his intention to contest under the platform of the party as a member of the Federal House of Representative representing the Iseyin/Itesiwaju/Iwajowa/Kajola Federal Constituency in Oyo State.

Peller has a lot of experience in developing building projects and planning. With a burning entrepreneurial zeal, he started his own company – Aquila Building and Projects Limited. Business Hallmark gathered that this company is an integrated consulting and building firm that has carried out different projects in important economic sectors within and outside Nigeria.

Peller is also the CEO of Aquila Oil and Gas which is a system-driven, new-generation oil and Gas Company making strong waves in the oil and gas sector in the country.

They are major suppliers of fuel used by major manufacturing and industrial companies in Nigeria to power their generating sets. Peller has a large oil tank farm at the free trade zone located in Ibeju Lekki Area. He also possesses a large global resource warehouse located at the Lekki Deep Sea port area of Lagos State. Aquila Group of Companies covers Aquila Building and Projects Limited, Aquila Oil and Gas, Aquila Smart Homes Limited, and Aquila Global Resources Limited. Besides this group of companies, Shina Peller is also a major player in the Night Club industry in West Africa.

The club is the number one spot in Nigeria for party goers, and it has a wonderful architectural design.  Peller is so big in the industry that he represented Nigeria at the Night club and bar convention in Las Vegas Nevada, the USA in 2014.

He also has a music label known as Aquila Records. His younger brother Que Peller is signed to the music label and is performing as a magician on stage (like his father).

When it comes to philanthropy, he is up there. His philanthropic ways go beyond Nigeria as he recently he donated a lump sum of money to an NGO in Benin Republic.

Shina Peller is happily married with children. His beautiful wife,  Ayobola Peller  is a Chartered Accountant.