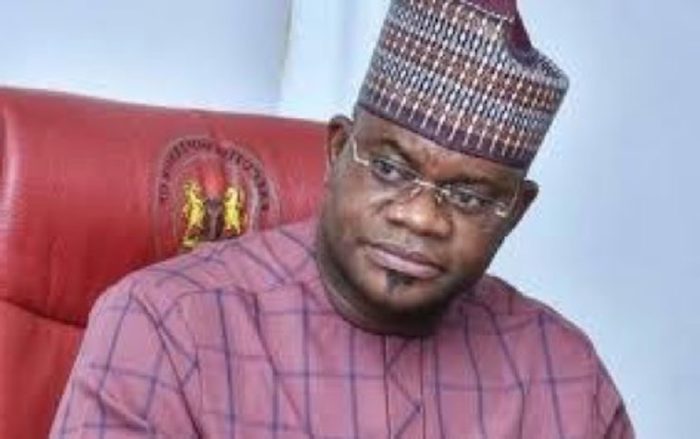 Chairman of the Kogi chapter of the Nigeria Labour Congress (NLC), Comrade Onuh Edoka, has said that Governor Yahaya Bello was yet to release the 10 percent of the fund kept aside to offset arrears of state workers’ salary.

The arrears, he said, stood at N2.8bn

Edoka, who doubles as National Vice President of the Medical and Health Workers Union of Nigeria (MHWUN), disclosed this on Saturday in Lokoja, the state capital, during the 14th edition of the North Central zonal conference of the union.

He said that despite the use of the N30.8 billion bailout for the settlement of salaries by the state government, the union “stands aside” until government fulfil agreements it entered into with labour, adding that the government was yet to release the 10 percent to offset arrears of workers’ salary.

According to him: “We must appreciate the state government over the bailout. The bailout was effectively used by government. Anyone who harbours contrary opinion should engage the government personally.

“However, we have declined to make a categorical statement on the usage of the fund, as we should do, because government has not fulfilled all aspects of negotiations it entered with labour before the release of the fund by the CBN.

“Ten percent of the money was reserved to tackle arrears of months when percentage salary were paid to the state workers.

“The government promised to pay in instalment from the 10 percent reserved, but they have not commenced. When that is done, we shall come out to make a definite statement.

“We have computed those months when percentage salaries were paid. What is needed now to offset all arrears of state workers who are on the clear list, which is N2.8 billion”.

Edoka lamented that local government were paid 85 percent for three months, contrary to the governor’s directive for complete payment, at frowned at some aides of the governor who according to him are sabotaging 100 percent payment of salary to council workers.

“The percentage payment to council workers was carried out by some of his appointees who are working internally to bring down the government. They have turned local government areas to their handbag, which they carry about, and pick what they want”, he added.

The Secretary to State Government (SSG) Dr Folashade Ayoade Arike, assured civil servants of the government’s readiness to implement the minimum wage across the board, as soon as the resources of the state improve.