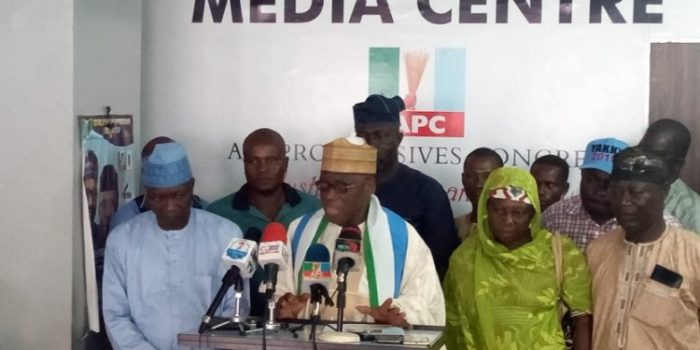 A veteran journalist and former Pro-chancellor of Ahmadu Bello University, Alhaji Yakubu Mohammed on Friday, obtained the Nomination and Expression of Interest Form of the All Progressives Congress (APC) to contest the governorship primary in Kogi State.

Mohammed, who spoke with reporters after obtaining his form lamented that Kogi State, was gradually becoming the capital of poverty and thuggery in the country.

He said, “We aspired for a state of excellence but what we have today is far from what we dreamed about.”

The veteran journalist however said, Governor Yahaya Bello should not be blamed for the lack of performance, saying he could not have performed above his capacity.

Mohammed who is from Kogi East contested in the 2015 APC governorship primary in the state alongside Bello, James Ocholi, late Prince Abubakar Audu and others.