Home Columnist A Nigerian like Dele Momodu – By Yusuf Mohammed 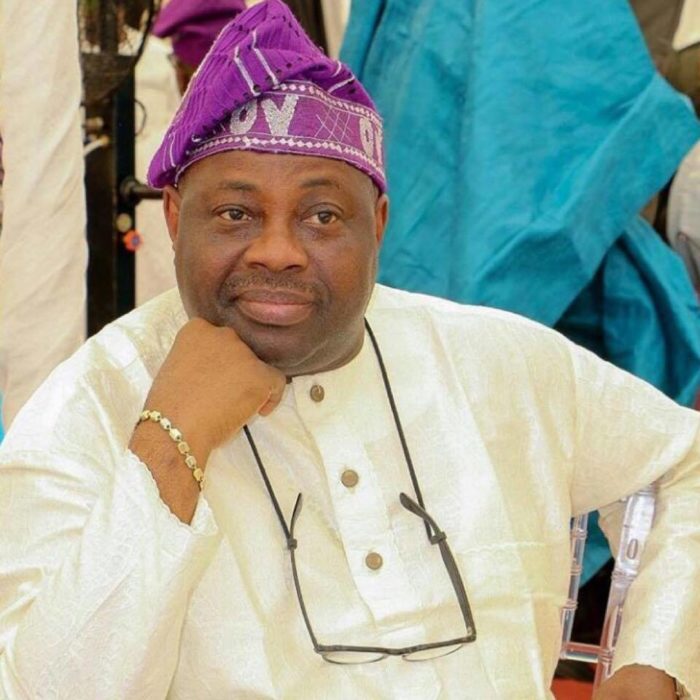 It was clear for all to see that Chief Dele Momodu was not on the side of President Muhammadu Buhari in the 2019 presidential election. Like many Nigerians who defended and supported Buhari in 2015, he decided to throw his weight behind another candidate. This time in the person of Alhaji Atiku Abubakar who was the candidate of the People’s Democratic Party, PDP.

He writes a weekly column called “PENdulum,” published every Saturday on the back page of ThisDay Newspaper. The articles are praised for highlighting issues in Nigeria, as well as discussing popular topics, current events and notable people, often in a polemic/critical style. Through PENdulum, Momodu became a prominent voice for Buhari at the 2015 general election.

However, in the build up to 2019 general election, those who insulted him in 2015 became his biggest fans, while those who praised him for supporting Buhari then became his biggest enemies. In fact, they lived on his social media pages to hurl insults at him. How he was able to remain composed still amazes me.

Momodu has proven to be a gentleman of the highest caliber. Let me simply say he has class. Despite their attempts to drag him to the mud, he was able to resist it. I was discussing with some of my learned colleagues a week ago and we all wondered how this man manages to respond without calling them names.

The Ovation boss in one of his articles said “there is nothing APC has not done to rewrite history. Their present supporters are the rudest humans I have ever encountered. They are incapable of any logical or superior argument. They are rigidly programmed to see anyone not in their camp as a thief and looter, as if that is all there is to governance.”

In my view, there is nothing wrong in having a change of mind. People who call Dele Momodu names are not being fair to him. It is rather unfortunate that a few people who call themselves social media influencers worked round the clock trying to tarnish his hard earned reputation by saying of sorts of things about Ovation Magazine.

They said he supported Atiku because of money and those who can’t think for themselves easily believed. Logic should tell us that if it were about the money, he would have easily supported Goodluck Jonathan who dished out money like his life depended on it.

For most young people today who do not know history and look up to some of these social media influencers to learn, let me make it clear that some of them would mislead you based on their personal qualms with him. They know the truth but unfortunately, they are misleading these young people.

Let me tell you a little about this man. In May 1988, Dele Momodu got his first job as a Staff Writer with African Concord Magazine, owned by late Chief Moshood Kashimawo Olawale Abiola, whom, he has mentioned severally as one of his mentors. A year later, Momodu was transferred to Weekend Concord as a pioneer Staff.

In 1993, he resigned to join the Moshood Abiola Presidential Campaign Organization. Momodu was arrested and detained at Alagbon Close in Lagos, after annulment of the June 12 Presidential election by General Ibrahim Babangida. He was severely punished by the reigning dictatorship for his pro-democratic views but was undeterred. If we are to accept what his detractors say about him today, why did he oppose Abacha who could have made him rich beyond his wildest imagination? Abacha was the sole administrator. He was 100 per cent in charge of Nigeria. With a snap of his fingers you would become a billionaire. You think Momodu did not know? You think he was not popular or influential enough to reach out to Abacha and become a sycophant? Instead he chose to be on the side of Nigerians. He stood for what he believed in.

As a result, he was to be arrested in 1995 and charged with treason by the government of Abacha. He was accused of being one of the brains behind Radio Freedom (later Radio Kudirat), after the assassination of Alhaja Kudirat Abiola. The Ovation boss managed to escape by disguising as a farmer through the Seme border into Cotonou, in Benin Republic, from where he fled to Togo, from there to Ghana and later to the United Kingdom. For three years he was on exile abroad.

Chief Momodu started Ovation International in 1996, a magazine that has given publicity to people from all over the world, mainly in Africa. He did that while still in exile.

He lent his voice to the campaign for Goodluck Jonathan to take over when the cabal held this country hostage. He took part in the protests. Unfortunately, these people tried to “rewrite history” as Momodu mentioned in his column.

He also supported Buhari when he felt that the last administration had nothing to offer. That was his choice and he has a right to his choice. We are in a democracy. Everyone has a reason for supporting anyone.

Let me make one thing clear. The fact that anyone has over 100 thousand followers on Twitter is not a guarantee that whatever he or she says is credible. Those who think that they can use their army of gullible followers to their advantage, should think of tomorrow. What goes around comes around.

For those who think I have a close relationship with him, I don’t. I have never met Chief Dele Momodu. In fact, we have never discussed. But as someone who respects his elders and aspiring to climb up the ladder of success, I just felt annoyed that some social media miscreants who felt jealous of his accomplishments tried to lie to the young people.

Let me use this medium to wish him a happy birthday. I hope he continues to be himself for the sake of those behind him and for the future of Nigeria.