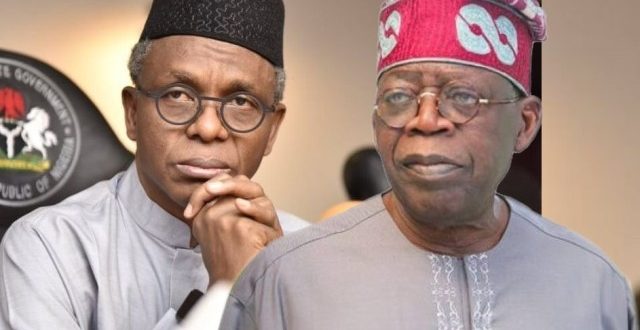 Last week, at a private event in Lagos, the Governor of Kaduna State, Nasir el-Rufai, ruffled elitist feathers when he laid out the blueprint for the possible defeat of Bola Ahmed Tinubu’s political hegemony over Lagos State. The response might seem unrehearsed but knowing politicians and the extent to which they overreach when they play power games, I prefer to believe it was deliberate attack and that there will be more of it. Last week was just testing of the waters. Given what Wikileaks revealed about el-Rufai’s character, we have not seen the last of his mischief.

According to media reports, the question that provoked the answer about Lagos godfatherism came from Muiz Banire, one of Lagos’ disgruntled politicians and a victim of Tinubu’s gatekeeping politics. True to his nature, el-Rufai jumped on the question like he had been waiting for the opportunity all his life. He threw all proprietary regard for Lagos’ political sensibilities in the sewers and conjuring some arithmetic, elaborated on dismantling the structure of Tinubu’s prebendalist politics. Here is the thing: el-Rufai, Banire and the rest of the crew are themselves the products of the same system that the types of Tinubu thrive in; they cannot feign iconoclasm overnight. This bout of rabble-rousing is mere political showmanship; it has no revolutionary bent.

Anyway, since his comments in Lagos became controversial, el-Rufai has doubled down on his assertion. He has made it clear that he cares little for the hurt feelings of his political associates. Elections are over now, and they have no qualms going after godfathers. The Peoples Democratic Party’s inroad into the South-West this past election season greatly demystified the myth of Tinubu’s outsized influence, so he is vulnerable. Also, those whose ambitions were soured by Tinubu’s calculations might now form a coalition to upstage the man who holds the yam, the knife, and also dishes out the national porridge from his Bourdillon enclave. Who knows, the losers might even be the ones who would be tasked to be forerunners of the rumoured el-Rufai Presidency in 2023.

For some of us, the direct hit at Tinubu was not unexpected. From the way he was thrashed after 2015 elections and recycled into consequence when the 2019 election was pending, one could tell that he would soon cast back into the lightless room of political irrelevance. The task of thrashing him again is even more urgent now that he is rumoured to be contemplating the 2023 presidency. So, el-Rufai’s verbal rocket is well-timed.

Now, if there is something everyone knows, it is that el-Rufai might appear both as an uncanny character and a psychopath, but he is no idiot either. He is quite brilliant, with enough street smarts to understand that some plans look good on paper but are highly unlikely to find feet on the ground of reality. He knows his anti-Tinubu plan is not the most workable, but he said it anyway because he wanted to send a message. He knows it will take more than the votes people cast at the polls to defeat Tinubu’s godfather machine in Lagos. Elections in Lagos do not start on the polling day; they began in 1999 when Tinubu first became governor and began to sink his talons into the grassroots politics of the state. He has turned the state into his fiefdom to the point that strategic positions of power and influence are parcelled out to his nuclear family members and his stalwarts. He is too embedded in the Lagos political structure for people to troop out and vote against him or his proxies based on some belly-ache by el-Rufai.

I am sure el-Rufai himself knows that as much as many people might be disgruntled with Tinubu’s hold on Lagos politics, there is really no mass movement on the noble mission to upturn his empire. The bulk of politicians who might have dared it know that their politics is too ideologically inconsistent to convince anyone that their fight is based on principles. The masses, on the other hand, probably shrug their shoulders and look away because they know that the clientelism and political brokerage that Tinubu practises are the reality of Nigerian elections. Even el-Rufai can make all the claims he likes about coups against the hegemony of the godfather but he himself would not be where he is today without his godfathers. So, if Lagosians do not trouble themselves enough to chase Tinubu out of Lagos, it is probably because they think if the man’s empire were to be destroyed, another one would simply arise in its place. They probably think they are better off with the devil they know.

Also, el-Rufai was quoted as saying that with about N2bn, the project of removing Tinubu could succeed. Is that not a contradiction in itself? Your brightest idea about removing a disliked godfather is to prop another one whose sponsorship will come with a price tag? Those who will provide that kind of money will not do so simply because they want Lagos to be free of Tinubu. There has to be something in it for them. That should tell el-Rufai that the godfather position is not going to be vacant anytime soon.

Lagos politics is far more complex than places like Kaduna from where el-Rufai derived his example of defeating godfathers. For years now, people have been talking about how the population of other ethnic groups who also populate Lagos will eventually trounce Tinubu, but it has yet to happen. His political structure has managed to reconcile different social spheres that transcend provincial Yoruba politics. That is why his reign in Lagos has lasted longer than almost any other godfather in Nigeria, and that is partly why it falls apart outside Lagos. It is almost hilarious that el-Rufai would go to Lagos and begin to draw a conjectural map for them on how to retire Tinubu. Does he think what he said was novel or that he has the third sight to see what other Lagos politicians fail to appreciate? Does he know how many politicians in Lagos and beyond who will readily sell their souls to the devil to be given the seat Tinubu occupies?

Meanwhile, since el-Rufai started the controversy, propagandists have hit the airwaves to seize control of the narrative before things get out of hand. They have reiterated over and over again why putting up with Tinubu’s political machinery is the best of all options open to Lagosians. You want to ask them what will become of Lagos considering that Tinubu is not scheduled to live forever, but then, those are not the kind of questions his scribblers are paid to answer. So, yes, other politicians have tried to unseat him, but they failed because the issues are far more complex. If Tinubu could move against governors and even succeed in kicking out one of them so he could not contest a second term, then saying that you will herd people to the polls is just merely fooling around with words.

So, no, to unseat Tinubu in Lagos will require far more than mobilising people to the polls. There is a far more effective strategy that has been used by the ultimate godfathers in Aso Rock to level down the empires of their political opponents, and it is called the EFCC. That agency has long been instrumentalised by politicians to fight political enemies more than corruption and that is why they are the perfect tool to fight Tinubu. Rather than potshotting Tinubu from a distance like a coward, el-Rufai should tell his paymasters to send the EFCC to Lagos. They should start looking into the books from 1999. They will find more than necessary, enough to not only retire the godfather but also bring the entire APC house of lies down.