Home Columnist Better the devil you know – By Yakubu Mohammed 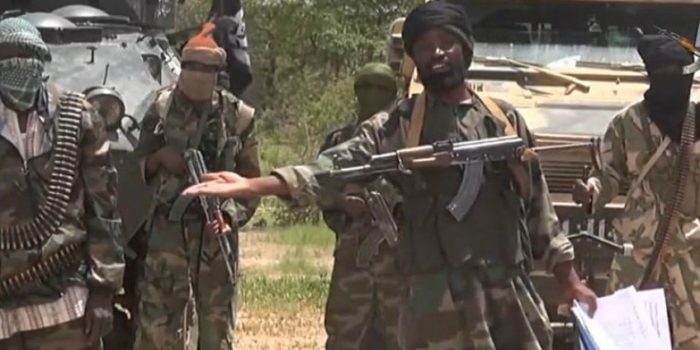 Even those with the heart of stone must have been moved by the sympathy inspiring reaction of President Muhammadu Buhari from far away Amman in Jordan early this month to the new wave of banditry in the country.

The president, according to the well-crafted statement by one of the presidential spokesmen asked: “How can I be happy and indifferent to the senseless killings of my fellow citizens by the bandits.” Instead of celebrating his victory quietly, the President said banditry, which has taken state of insecurity a notch higher since the final conclusion of the 2019 elections, has made him one of the saddest leaders in the world today.

This statement was his moving reaction to the various protests led by the angry Zamfara women, all of them Buhari supporters in the last presidential election but who now felt left alone to their fate in the hands of bandits and kidnappers. They had cried out to the president to save them and to do so quickly and even dramatically, if possible.

And, dramatically, he responded by deploying military jets into the Zamfara sky and, almost at the same time, getting the Inspector General of Police, under an operation code-named Puff Adder, to move his men to the notorious den of kidnappers on the Abuja – Kaduna highway to flush out the kidnappers and other sundry criminals from the highway.

But the Zamfara banditry has proved a more difficult nut to crack. One huge problem which security men do not seem to have a solution to is the correct and appropriate profiling of the bandits. And without the correct identification of an armed bandit and his mode of operation, the battle to flush out this group would prove difficult, if not impossible.

By a general consensus we know who the armed robbers are – they are, by definition, people who rob and forcefully do away with other people’s property. And we know what kidnappers do. They abduct people for ransom. And the Boko Haram has a defined leadership, a defined mission with an un-Islamic ideology. And the cattle herdsmen? They herd their cattle and graze them where the grass is green and most nourishing, invariably on other people’s farms.

In the process, they antagonise farmers and, when the come comes to become, they chase the farmers away or kill them. They have a distinct identity and the authorities and security operatives know them. So they have become the devils we know.

But who are these armed bandits? No ethnicity, no religion. Some kind of UFO, a group of unidentified flying objects from another planet? I had asked this question on this page before but drew blank. Like the security men seem to be doing in Zamfara, drawing blank in their effort to finally put an end to their menace. But because the security men don’t seem to know the enemy they are dealing with, they seem to identify every person in sight as an armed bandit or a potential one with the sophistication to cause untold havoc.

You can see the havoc they have unleashed so far on the various communities. Apart from the killings and kidnappings that they have engaged in unchecked for almost a decade, they have now succeeded in sowing mistrust in the communities in which they operate.

When the government seemed to have gotten to its wit’s end in dealing with banditry in Zamfara State, they sent gold miners – both local and foreigners in the state – packing, giving the impression that mining was the root cause of banditry and kidnapping. The police didn’t bother to establish any link between mining and banditry. But there was suspicion that the big men who are behind the mining activities might have expanded their business into the more lucrative enterprise of kidnapping for ransom.

If there is any doubt about the capacity of the nebulous and unidentified bandits to cause confusion, the blame game it has generated in the community in the last one week is sufficient to erase such doubt. From the police ban on mining, the search for the root cause of the killings shifted dramatically to the doorsteps of community leaders.

Minister of Defence, Mansur Dan Ali, a son of the soil, had walked his way into some needless controversy. According to Punch newspaper, he was said to have accused traditional rulers of being behind the bandits. But when the Zamfara State Council of Chiefs asked the minister to name the traditional rulers he had in mind, a statement from the Ministry of Defence, obviously in efforts to douse the fire from the royal fathers, sought to explain that what the minister said was merely to be taken as a warning based on security reports.

It was not only the minister of defence that got entangled with royal authority courtesy of the bandits. The Nigerian Air Force was carpeted by the traditional rulers who alleged that the Air Force jets that shelled the forest to flush out the bandits killed innocent civilians. But according to the traditional rulers, NAF “concocted names and figures of neutralised bandits” to prove the success of its raid. They have accepted the Air Force challenge to name the civilians killed in the operation. In the said operation, the Air Force killed at least 25 persons suspected to be bandits.

My interest in this unfortunate situation is that somehow, we shall get to know who these soulless bandits are. We may come to know, hopefully, that this amorphous group of dastardly criminals are, after all, human beings with human blood flowing in their veins and not ghosts or some strange objects dropping from another planet to suck the blood of innocent people as it is the wont of the blood-sucking vampires.

Come to think of the cruel irony in the bloody exploits of these rather sophisticated and audacious marauders. President Buhari was in Jordan when he expressed sadness over the killings in Zamfara. But before the president could say haba, enough is enough, these bandits had taken the war to his doorstep in his home state of Kastina.

Many people, according to reports, were killed in the clash between the bandits and vigilante groups in Tsamiyar Jino village in Kankara Local Government Area of Kastina State prompting Governor Bello Masari to cry out that bandits had occupied parts of his state. He told the Acting inspector General of Police that “these bandits strike at will, maim at will, destroy lives and property at will.”  And the kidnappers, according to the governor, not only take people on the road but from the comfort of their homes, citing the example of his own in-law.

Though insecurity is a phenomenon that is nation-wide, that of the North is exceptional. And it seems to have gotten worse since after the 2019 General Elections, a situation that has continued to cause alarm and keep the government on its toes. The social and economic consequences of this heightened sense of insecurity can better be appreciated from the statement of the Northern Elders Forum issued on April 11, part which I quote here for emphasis:

“Today, the North still lives under horrendous Boko Haram threats, a situation which has been aggravated by threats of banditry, kidnappings, armed robbery, marauding youth gangs, herders and farmers mini-wars….. our rural folks live in perpetual fear of attacks from sundry terrorist assailants without any reprieve. Our major highways and transportation systems are being abandoned as they have become death traps…A dangerous youth bulge is indeed a recipe for crime, violence and wars.”