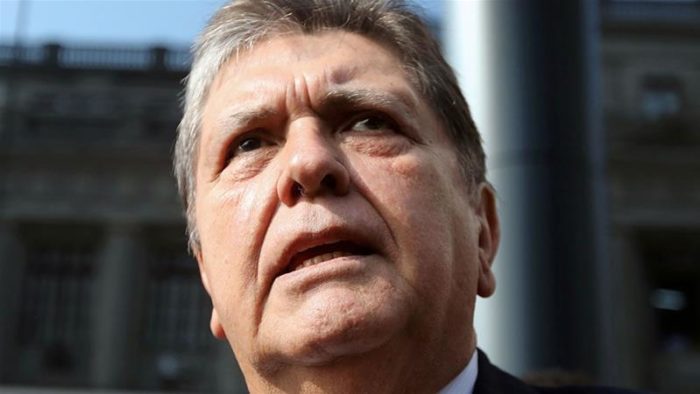 Alan Garcia, former Peruvian President has just killed himself. He died from a self-inflicted gunshot wound to the head as police were preparing to arrest him on Wednesday morning.

His death was confirmed by current President Martin Vizcarra, who expressed his condolences over Twitter.

Garcia, who served as president from 1985 to 1990 and from 2006 to 2011, was under investigation for money laundering and taking bribes in connection with a massive corruption scandal that has engulfed a number of former Latin American leaders.

When police arrived to execute an arrest warrant at his home at 6:30 a.m. Wednesday, Garcia asked them to call his attorney and went to his bedroom, interior minister Carlos Morán told CNN affiliate TV Peru.

Moments later, a gunshot was heard. Officers forced entry into the bedroom, where they found Garcia with a wound to the head, Morán said.

Garcia, 69, was rushed by police to a hospital in the capital Lima, where he was resuscitated three times, but doctors were ultimately unable to save him, according to the health minister.

“The former president made the decision to shoot himself,” his lawyer Erasmo Reyna said outside the Casimiro Ulloa hospital before his death.

“Devastated by the death of former President Alan Garcia, I send my condolences to his family and loved ones,” President Vizcarra tweeted Wednesday.