Home Columnist North will keep power beyond 2023, and it’s probably in everyone’s interest 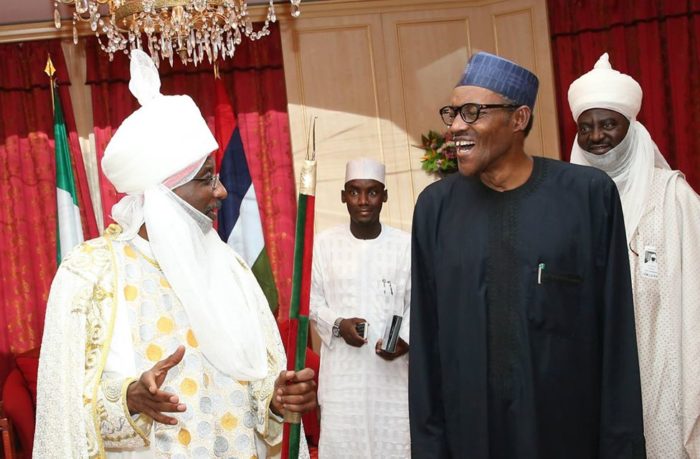 Apparently, the jostle for President Muhammadu Buhari’s successor has kicked off in earnest with different zones staking claims to power. The South West, on the basis of the APC alliance – which is essentially a North West, South West alliance – is expecting that after North West’s eight years, power will return to it. Some elements in the South East on the other hand, are also making a case on the grounds that the zone has not held power once.

However, while the two Southern zones are mouthing their credentials, I have little doubt that power will remain in the North for the foreseeable future; at least till 2031, and it is probably in the best interest of everyone. Let me explain why the South’s quest for power is, if you pardon my cliche, an exercise in futility, before delving into why the North should keep same.

To begin with, nobody is given power on a platter. If you want power, you must credibly challenge for it. On that call, neither the South West nor the South East – more so the latter – has what it takes to challenge for power going into 2023. The North holds all the aces.

Of course, the South East knows it cannot take power in 2023, apart from few political merchants running their mouths, a vast majority understand this. The South West, on the other hand, has credible claim, but theirs seem to be hinged on the expectation that the North will reciprocate their support for Buhari, which is highly unlikely. In truth, it is surprising that the South West – the Bola Tinubu strand – seem to expect that Buhari’s North will relinquish power to them. It will take a miracle.

Buhari represents the core conservative North whose primary purpose is promoting and protecting “Northern interest.” Buhari had indeed achieved popularity in the North by leading the Northern opposition against Olusegun Obasanjo. That opposition gave birth to Sharia at some point. Obasanjo was to do one term only. His decision to go for a second term therefore, caused the conservative North to rally, and it was Buhari who led that rally. It is instructive that since 2003, Buhari has not lost to any candidate in majority of the core Northern states.

Obasanjo’s pro market policy had put the North at a disadvantage, seemingly. The privatisation carried out by his administration created prosperity in the South, especially the South West. Lagos prospered and billionaires emerged. Buhari’s North wanted power by all means to correct this perceived unbalance. It eventually got it in 2015, ironically, with the help of the same South West.

To return the North to leading position, therefore, Buhari began to pursue state control of the economy. He put his people in strategic positions of authority. But this has done little to improve the situation in the Northern streets, and nothing significant will change in the next four years. By 2023, the region would have realised that it has not achieved its purpose in eight years and would therefore, insist on retaining power. If it cannot do so in APC which, I reckon, would have lost all credibility by 2023, it would do so in PDP, easily.

No Southern group can on their own, challenge the North for power. Worse still, the relationship between the East and the West is damaged beyond repair. The East saw the West, North alliance against Goodluck Jonathan in 2015 as West’s betrayal of the East. The West on their own, felt Jonathan neglected them. Thus, the predominant APC sentiment in the West became anti East, while the predominant PDP sentiment in the East became anti West. This animosity has continued to build up since 2015, and the recent Lagos election episode has cemented it beyond repair. The North could easily cash in on this. A Northern PDP candidate will trounce a Western APC candidate in the East and the Christian Middle Belt. And with the opposition party’s showing in the governorship election across the North, it’s obvious that without Buhari on the ballot, the APC could easily become a regional party.

Having established why the North can easily retain power in 2023, I will proceed to explain why it is in the interest of all that it does.

When few days ago, Shettima Yerima, President of the Arewa Youth Consultative Forum, made the point in an interview, that the North will produce Buhari’s successor, he must have ruffled a few feathers in the South. But he spoke the truth as he saw it.

Yerima had noted: “Buhari’s administration has not really benefitted the North because we are yet to see meaningful development. What most Northerners know is that they have a brother who is president, but that has not translated to anything meaningful to those down there. Most of those who are supposed to spearhead the execution of landmark projects in this administration are from the South West. As far as we concerned, President Buhari’s administration is a government of the South West because all the goodies were given to them.”

The above submission is interesting. Buhari’s government has been overtly pro North. The North has had lion share of key appointments in both revenue generating agencies and the security architecture. Indeed, the country’s security set up is almost exclusively Northern. But here is a Northerner arguing that the president hasn’t done anything for them, but has instead done a lot for the South West. I live in the South West and I know his claims about Buhari favouring the zone to be false. I don’t know of any landmark project executed by Babatunde Fashola, Minister of Works, Power and Housing as Yerima claimed. As a matter of fact, Fashola as super minister, as people call him, has much less influence in Buhari’s government compared to, say, Attorney General, Chief of Staff or SGF. Yerima’s claims must have been a fallout of the heavy pre-election propaganda launched in the South West to Promote Buhari. It is the same point Tanko Yakasai, Kano governor, Abdullahi Ganduje’s assistant, made while expressing his disappointment at the votes Buhari got in the South West in the presidential election and I thought it was really ridiculous.

That brings me to the key point I’m trying to make. What Yerima has not yet realised is that what the North needs is not a Northern president but a president that can govern competently, but more importantly, a system that works for the North and for the country. Buhari being president has not made the average Katsina person better than the average Northerner. Ogun people did not become the richest Yoruba because of Obasanjo. Bayelsa people have not become the richest South Southerners because of Jonathan.

Put sentiment aside for a second. Despite Buhari’s pro North tendencies, the average Northerner is not better off than he was under Jonathan. And I dare say that Buhari’s anti market policies has hurt Lagos, and by extension, South West economy badly. So, while the South West has Vice President, it still prospered more under Jonathan because Jonathan promoted market economy which played to its strength. Overall, the average Nigerian is worse off under Buhari. This is so because Buhari is pushing policies that never worked, and cannot work. But of course, his supporters in their remarkable ignorance love to say it’s because there are no longer free money.

Buhari, and indeed, the North seem to think that what will make the region prosper is to stay in power and to occupy all available space in government. But this is a lie and history has proven it to be so.

During the oil boom years in the 70s, which coincided with the end of the civil war, at which period, Nigeria was firmly in the hands of the North, the region swam in oil wealth. And to ensure it keept getting more than fair share of the wealth, it created more states and more local governments for itself and foresaw the drafting a constitution that made landmass, among others, criteria for revenue allocation. But ironically, the North till remained the poorest and the most educationally backward region in the country. This is so, largely because the oil money had the lottery effect on the region. Give free money to a man who has no idea how to make money, and he will end up in more misery than he ever was before.

My point really is that Buhari’s approach to governance is the North’s problem, not the solution. This is the point Yerima seems to be making without realising it. And certainly, another fact that Yerima, and the North have not realised is that keeping power in the North is not the solution to the North’s challenges. The only possible way they can realise it is to allow them to keep power. If, by the time another Northerner does eight years, and nothing changes in the region, perhaps, they would realise that the solution lies somewhere beyond a Northern president.

But of course, no president, whether from the North or South, can solve Nigeria’s and North’s problems without embarking on fundamental changes. I have maintained that the problem of Nigeria is largely structural. But until the North understands this to be true, structural changes cannot be made. A Southern president in 2023 will only give the North another southerner to blame for its problems. When Jonathan was president, he was the cause of the prevailing security challenges in the North. He was even accused of plotting to reduce the region’s population. But with Buhari now in charge, and the security issues getting increasingly worse, many have realised that Jonathan wasn’t the problem.

It’s also interesting that the Defence Minister is from Zamfara, a state currently having serious security challenge. And both the Chief of Army Staff and the National Security Adviser being from Borno has not stopped Boko Haram.

Here is why Buhari represents a problem for the North. He seems to believe that he can improve the North by undermining the progress of other regions. This is how I personally interpret his anti market posturing and his snobbish attitude towards the East. But the truth of life is that you can’t grow by holding others down.

What the president may not have realised is that because the South is more equipped, educationally for success, any real progress the North will make will have to flow from South. Economic prosperity in the South will translate to greater economic growth in the North. The agricultural produce of the North has market in the South. A falling Southern economy means that the Fulani cattle breeder will have less market for his cattle.

Whilst school enrolment in the North is low, Northern children in the South have higher percentage of enrollment. This will in the long run, have positive impact on the region. It’s like a family, the success of one person rubs off on the others. This is one truth those who make policies must understand.

OBINNA EZUGWU is a journalist based in Lagos. He can be reached via email: ezugupatricko@gmail.com