Home Columnist Fashola, and the engineer of Yoruba consent – By Abimbola Adelakun 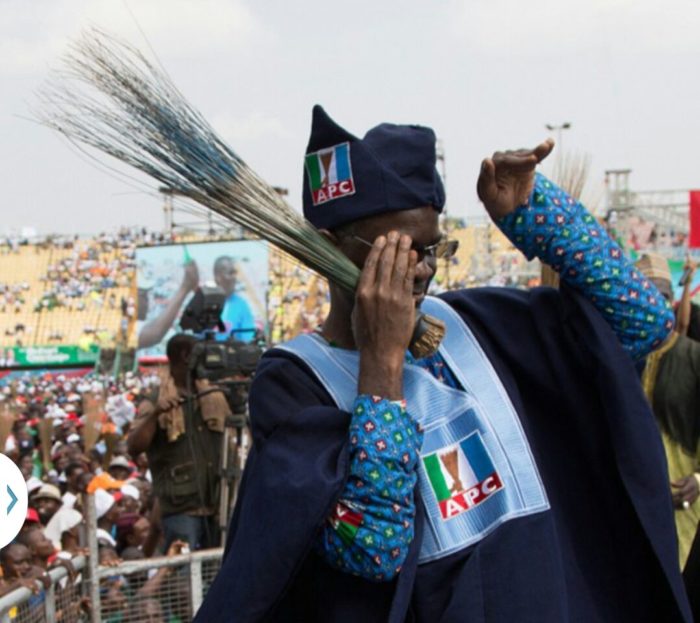 Politicians of South-West extraction in the All Progressives Congress are currently in the process of manufacturing the consent of the Yoruba people through the exploitation of communal identity. You can tell that by cynical opportunism rife in their campaigns. Let me first dispense with the thought that these politicians are doing anything unique. In all climes, politics boils down to optics of shared identity and its instrumentalisation towards accessing power. When shorn of hyperbole, no group of people anywhere votes individually. Citizens vote as a herd, congregating around biases that interlink history, contemporary anxieties, and prejudices (whether inherited or recently created) and that is why politicians trust voting blocs to deliver votes for them. Tribalism in politics is, therefore, as old as time but that does not legitimatise what is currently being done by the APC campaigners.

Babatunde Fashola, the former poster boy for progressive ideologies and the most hyped public administrator of all time, has morphed into a right-wing apologist. First, in October, he was reported to have urged the Yoruba people to vote for his party’s presidential candidate, Muhammadu Buhari, at a special town hall meeting. There, Fashola was quoted as saying that voting President Buhari for a second term means power will return to the South-West in 2023. Sincerely, when I read the headline of that report, I thought by “power,” he meant electricity, the actual job he was sent to Abuja to do. But it seems Fashola’s understanding of “power” has changed. He has learned naked nepotism from Buhari, the master of clannish politics. Fashola’s words were a replay of Buhari’s 97-5 per cent comment, a statement that presaged the disintegrative government the latter would run, resulting in a fractious polity where the falcon and the falconer resent each other.

Fashola not only spoke to that audience in Yoruba language, but his choice of words was also tactically assembled to otherise other ethnic groups in Nigeria. He strategically appealed to his audience’s primal instinct through the politics of language and identity. Now, it is one thing for a politician to use an ethnic bait while campaigning, it is another thing for the person to be doing so while serving in the Federal Government. Like other politicians who turn ethnicity into a pillar to hold up their government’s wobbly feet, Fashola also seems to forget one thing: there is no project or grand vision the APC will embark on if they win next year that will not need the buy-in of other ethnic groups. Their government cannot do without others’ energies – physical and psychic – to launch and implement ideas that will translate into collective social flourishing. More than just promising things, an administration’s success necessarily depends on joint investment into the idea of the Nigerian nation. The prospects of such cohesion are destroyed when you set up a border wall between “us” and “them.”

More recently, Fashola repeated himself at another forum saying that the Yoruba people should vote the Buhari-Osinbajo ticket “because my people stand to gain more from it…The South-West is at present occupying the position of the vice president. We have three sitting ministers and many different federal appointments from the present administration which we cannot afford to lose.” I italicised all the pronouns in the quote attributed to Fashola to highlight the workings of his mind. He has come a long way from 2015 when he urged people to look beyond identity politics when voting because “development is not about religion or tribe” but “quality leadership and service.” In less than just four years, Fashola has abandoned his own principles and now hustles using the same tools as those Peoples Democratic Party politicians he used to criticise stridently. It is true what they say: people do not change; they are revealed by time.

Fashola is not alone.

Another formerly progressive politician, Dr. Kayode Fayemi, also adduced similar reasons for the South-West voting the APC. Fayemi claimed that under Dr. Goodluck Jonathan, the top positions in government excluded the Yoruba people but the coming of Buhari has rescued the Yoruba from “political oblivion.” Fayemi added that under Buhari, “juicy positions” of power such as the offices of the Vice-President, Minister of Works, Power and Housing (all rolled into one person), and Minister of Health have all been given to the Yoruba. We should, therefore, vote Buhari again for the “liberation of the Yoruba race.”

While Fayemi might be correct in his assessment that the Jonathan administration relegated the Yoruba (and Jonathan himself admitted this when he took his re-election campaign to the South-West in 2015), all the benefits he lists as the reason we should vote Buhari are elites’ privileges. Of course, Buhari’s administration saved Fayemi from political oblivion after he was soundly defeated at the polls in Ekiti State, but that does not translate into entire regional gains. Yoruba people need to be wary of politicians who tell them that they cannot “afford to lose” certain positions. This mode of campaigning is the engineering of common consent towards political benefits that will mostly end up to the advantage of politicians and their cronies.

Fashola as well as Fayemi seems to be more consumed with the sharing of the spoils of office at the expense of the kind of power and empowerment that the Yoruba people truly need. I acknowledge that ethnic representation is crucial in a democracy, but it should not overshadow the benefits that the members of the commons need to blossom – education, health, employment, and infrastructure.

We should ask these men, in what way has my Yoruba life been changed because a Yoruba man (and all of those Fayemi and Fashola listed are males) occupies a position of power? Of all the plagues that befell Nigeria under the Buhari administration – poor infrastructure, declining quality of life, shrinking income, rising spate of illiteracy and ill-literacy, corruption, insecurity, massive loss of jobs, business shutdowns – which ones excluded the Yoruba? Fashola and his co-travellers should do more than arrogate to themselves the power of telling us what we cannot afford to lose. They should elaborate on the content of the utopian Yoruba future they are promising.

Nigeria, currently, leads the world in the number of children out of school. A study of the chart by states finds that the South-West and the North – the ethnic groups of the current “juicy appointments”’ elites – are the worst affected. In fact, Buhari’s home state, Katsina, is second on the list. If Buhari is not urgently moved by the illiteracy and impoverishment of Katsina children, what makes anyone think life will be better for the Yoruba children if he is re-elected? Have our Yoruba lives been shown to be worth more than those of other Nigerians? Are we not just as much of victims as other Nigerians subjected to the poor quality of life according to all the indices that measure them? So, what are the tangible benefits for the Yoruba to vote for the APC outside “juicy appointments”?

The Yoruba people who still want to vote for the APC had better find more rational reasons than the ones these propagandists are advertising. For one, some Igbo politicians are also making similar promises of re-zoning power if their people support Buhari. We know that geopolitical calculations are an intrinsic part of our national politics, but when two zones are being promised the same prize, the people had better be circumspect. Four years is a long time to endure a lifeless government, all for a promise that has no guarantee.

People who allow ethnic sentiments to be used in manufacturing their consent will also find themselves assigned the inglorious task of defending every failure of the government even while they are victims of the administration’s policies. When they complain about falling standards of living, they are told not to vocalise their pain. Speaking out might jeopardise the prospect of their tribe getting political power in the future. So, they spend all their energies defending a government that barely cares about their existence while the actual beneficiaries thrive. By the time those who take their tribal propaganda seriously learn that they are the dupes of power mongers like Fashola and Fayemi, it would have been too late for them – and the rest of us.