Home Columnist Who is afraid of political debate? – By Sonala Olumhense 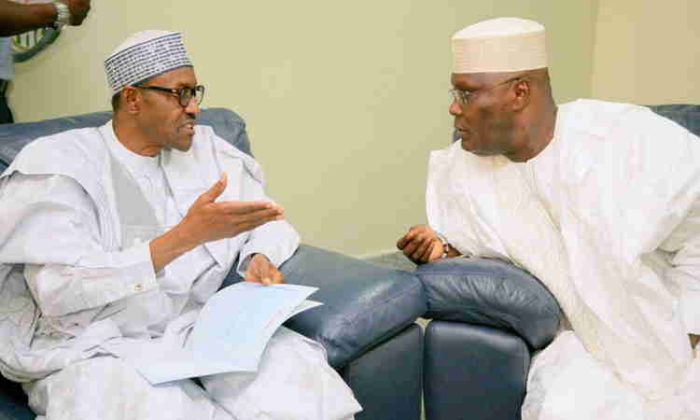 The presidential debate for the 2019 elections will be held on January 19, one month before the event on February 16.

The Nigeria Elections Debate Group, which convenes and hosts debates for presidential, vice-presidential and governorship elections, is a non-partisan coalition of professional, broadcast and civil society organisations groups committed to deepening democracy in the country.

The group has undertaken this task since 1999, with grudging participation by the candidates.  It reaffirmed last week that its sole interest is the entrenching of a democratic culture through these debates.

The first in the current series, for vice-presidential candidates, will be held in two weeks, on December 14.

Several parties immediately indicated their readiness to participate.  But not one: the ruling All Progressives Congress, which had two months ago strangely indicated it would send the Vice-President, Yemi Osinbajo, to debate for President Muhammadu Buhari, saying the president “has nothing to debate with anyone.”

In a contribution at the time, I commented on the absurdity of Mr. Osinbajo filling in for his principal, a precedent that, down the road, is certain to yield a ministry official filling in for the vice president or even a foreign orator filling in for a governor.

Nonetheless, the APC announcement last September and the statement by the presidency last week that a “decision” is to be made about Buhari’s participation, are disturbing.  They arise either from the mistaken or mischievous belief that the debate is a favour to the organisers or the electorate, or fear that Buhari may perform atrociously.

“By the time we know how the debate is being organised and the rules of the debate, then we will let Nigerians know whether we will debate or not,” said the spokesman for the Buhari Presidential Campaign Organisation, Festus Keyamo.

Debates for political office are simply campaign opportunities, and have become standard all over the world.  Only two conditions prevent a candidate for a top office from failing to take advantage of them: arrogance or ignorance.

To spurn an opportunity—the only opportunity to be seen and heard throughout the networks of the Broadcasting Organisations of Nigeria and mobile and social media platforms such as YouTube, Facebook, Twitter and Instagram, spilling over into WhatsApp and other video and text services—is to misunderstand and disrespect the democratic principle and the voter.   Worse still it is to suggest that you rely on something other than your appeal at the ballot box to win power.

For Nigeria, three things are now possible.  The first is that Buhari does not show up.  That would lead to a debate in which contestants for his job will have a field day presenting and misrepresenting him to the Nigerian people and the world. It would be a grievous act of political cowardice bordering on suicide.

The second is that he contrives to throw Vice-President Osinbajo into fire. Mr. Osinbajo is an educated man and an experienced lawyer, but a debate podium in which he will be holding fort for his principal, beginning with trying to justify his very absence and having to speak in ambiguous pronouns, would not be a comfortable place to be.

In addition, an election debate is no court room, particularly when he must defend and advocate above his pay grade, including in policies and prepossessions he clearly neither understands nor shares, and on behalf of a man who is content to watch him squirm on live television while tethered to the remote control at home.

The third scenario is that Buhari does as he should, and participates.  That is the path of honour and would be a major contribution to the cause of Nigeria’s journey as a democracy.

I hope Buhari sees the wisdom of getting on to that podium even—and particularly—if his party doubts him, because the principal loyalty of a president is to his country.  In the eyes of history, that podium would be the safest place to be on the evening of January 19 than anywhere else, especially if he eventually loses the election.

Buhari’s campaign has expressed worry about the format and rules of the debate. The basic approach to these events is the same, which enables a committed candidate to prepare adequately.  It is that within a pre-agreed time-frame, the candidates answer questions from the host or a debate panel—and sometimes the audience and even viewers or listeners—on manifestoes, worldview, character, track record and suitability for office.  Within the ebb and flow of the event, the candidates take potshots at each other, with the legitimate aim of puncturing holes in opposing candidatures and boosting their own.

That general format is to be expected by every candidate, and there is nothing to dissuade anyone from participating with the intention of seizing the opportunity to promote his or her candidature.

It is to be expected that the NEDG—not the government and certainly not the presidency—will determine the structure and rules of the debate, and attempt to be fair to all candidates, with no favours being done to any.  This is standard practice.

“Among others, the debates will focus on the issues that matter most to working families; restoring our economy, providing electricity, creating jobs, securing health care for every Nigerian, making and achieving excellence in every Nigerian school and ensuring safety and security for Nigerians,” NEDG chairman John Momoh said last week.

Momoh also pointed out that Nigerians would expect the leaders of all political parties to be challenged in a very public and robust way in the debates, and that is as it should be.

“Our nation is strongest when our elected leaders are transparent, accessible and accountable to its citizens, explaining their decisions and answering tough questions,” he said. “This standard of openness must start long before election day.”

He is right.  But the format also favours the incumbent.  For a candidate who has had four years under the bright lights of presidential power and privilege, it is a golden opportunity to ask of the electorate not so much an election but a validation: an endorsement or tenure-extension.  It is an opportunity to demonstrate how the past four years have been spent fulfilling promises in the implementation of the 2015 manifesto. No other candidate on the podium will have that weapon.

For Buhari, this means he can argue he has led by example; has enforced change from the evil ways of his predecessor; has defeated Boko Haram (not technically or largely, but completely); has conquered corruption (not technically or largely or in the PDP or among his enemies, but demonstrably); that the Nigerian economy has regained vibrancy, with electricity and jobs everywhere; or that healthcare is now available and affordable and nobody has to travel to London to live or to die.

It is also an opportunity for him to inflict stab wounds on the manifestoes of his opponents and their opinions of him on the biggest stage with two wins at stake: his job, and protection of Nigeria.

I imagine that the Commander-in-Chief and former army general would see that as an easy battlefield.