Home Columnist 2019: How will the church vote? – By Abimbola Adelakun 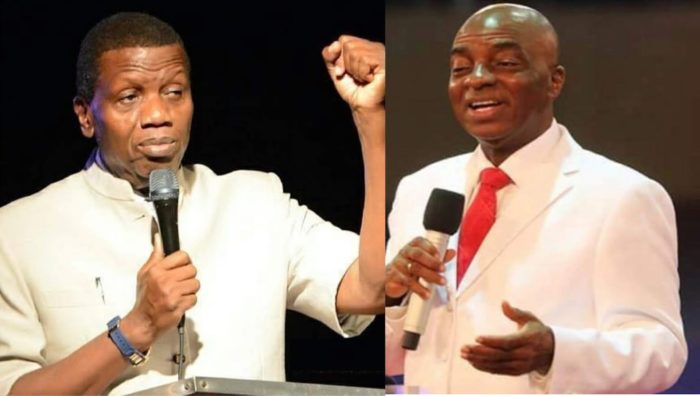 When the Peoples Democratic Party presidential candidate for the 2019 elections, Atiku Abubakar, visited former President Olusegun Obasanjo, in Abeokuta, Ogun State, one of the striking faces in the photographs that emerged from the meeting was that of the founder of the Living Faith Church (aka Winners Chapel), Bishop David Oyedepo. There were, of course, other religious leaders, like Bishop Matthew Kukah and Sheik Ibrahim Gumi, but Oyedepo’s presence spoke far more loudly because of the vital space he occupies in the Pentecostal-dom. Oyedepo would later react to the hue and cry that attended his appearance at that meeting by saying he was there as a witness to a peace parley and not for partisan reasons. Whether that explanation was an afterthought or not, he brokered a discussion that would have arisen eventually: How will the church vote in 2019?

By that question, I do not mean to suggest that the church is a monolith, nor am I suggesting that the Christians in the Nigerian electoral demographic have singular concerns. In the same October Oyedepo witnessed Atiku and Obasanjo’s peace meeting, some men of God, led by one Bishop Sunday Garuba, led other men of God, to pray for President Muhammadu Buhari’s re-election. The group, the National Inter-Faith and Religious Organisations for Peace, organised a 40-day prayer tagged, “Buhari Shall Come Back in 2019.” Bishop Garuba was quoted as saying that the prayer was necessary because there was a plot by “agents of darkness” to return Nigeria to the “bottomless pit.” Their assignment as God’s messengers, he claimed, was to forestall it through the power of prayer. Given the diversity of interests, the question of how the church will vote is about how religion will shape the 2019 polls. What will be the overriding concerns of Nigerian Christians given all that has unfolded since 2015 – the northernisation and so-called Islamisation of public offices, the Fuani herdsmen massacres particularly in places where Christians have been the victims, and the massive hit the economy has taken under Buhari’s watch resulting in an almost unprecedented rate of unemployment?

Recently, I read the newly-released book, The Pentecostal Republic: Religion and the Struggle for State Power in Nigeria, written by Ebenezer Obadare, an academic and social scientist whose study of the Nigerian religious cultures is pretty well-known in academic and non-academic fora. This book explores Pentecostalism as a source of socio-political influence that has been muted by its cavort with the political class, and whose reactionary force has had a demobilising effect on the Nigerian civil society. Since 1999, the beginning of the Fourth Republic, Pentecostalism’s incorporeal presence has loomed over every administrative dispensation. Pentecostalism is the not-so-silent listener to every national conversation, the unseen guest that determines how the national meal will be shared among those for whom faith is their access card to the dining room of power.

The date, 1999, is auspicious in the historicisation of Pentecostal power and influence in Nigeria because, as Obadare argues, it was a period that conglomerated several coincidences all of which propelled the Pentecostal political power formation. (That is not claiming that Christianity’s dalliance with power only began with the rise of the Pentecostalism, no). It was in 1999 that Nigeria returned to civil rule after a protracted military rule. Interestingly enough, the death of the dictator, Gen. Sani Abacha, that freed all of us from his psychopathic grip and made democracy possible happened shortly after Pastor Enoch Adeboye of the Redeemed Christian Church of God’s prophecy. Whether it was Adeboye’s prophecy that “killed” Abacha or not, the incident boosted his prophetic influence and turned his church into a political Mecca of sorts. At the last annual Holy Ghost Congress of the church held in December 2017, Pastor Adeboye still re-narrated the story of his prophecy of Abacha’s death.

The person who would become President, Olusegun Obasanjo, had a straight-out-of-the Bible kind of emotive narrative that appeals to religious folks: a palace-to-prison story that mirrored that of Joseph in the Old Testament. Obasanjo’s ascendancy was labelled “the second coming.” The metaphysical scaffolding of his Presidency was given more traction by the Christian “theocratic class” (as Obadare described them) that rose up around him. By spinning Bible-based narratives of what the Obasanjo momentum meant, they turned him to a “born-again President.” Obasanjo’s Presidency could not help but become churchi-fied because Christian organisations saw him as an answer to what they had always longed for: Religious and geopolitical power shift to a southern Christian. Thus, the Pentecostal movement broke the jinx of Christian non-involvement in political power, and since 1999, they have consolidated their gains.

Then, there were other contributing factors such as the global rise of Pentecostalism and its interfaces with local culture and politics such that the ethos of the Nigerian landscape almost radically became so pentecostalised. The development aggravated Muslim discontent and contestation for public space resulting in the push for Sharia law and various other national dramas. Other factors that converged around that same period include Pentecostalism’s tilt towards neo-liberal ideology and its manifestations in the growth of the prosperity gospel, along with the emergence of influential and uber-rich jet-setting pastors. The Pentecostal Republic charts all these convergences, and how the social and cultural imagery that was impregnated with Pentecostal ethics since 1999 has continued to reproduce. The result is that we have an enchanted democracy; one where otherwise rational intellectual agents like Dr. Reuben Abati (yes, the book names names) would be emboldened to write an article about demons in Aso Rock, and it would resonate with the populace whose imagination has been steeped in the belief that political power and occultism are embedded, and that the solution to such religious superstition is more religious superstition.

In 2015, it was remarkable that the power of Pentecostal pastors ran its limits in their support of Dr. Goodluck Jonathan. The Pentecostal factor did not work for Jonathan as it did for Obasanjo because of a number of factors, one of them was the excesses of Jonathan himself (and his wife, Patience; and his spiritual adviser) who must have thought performing one’s religiosity was an immutable formula for retaining power. President Buhari undercut the symbolic worth of Jonathan’s churchy display when he chose the RCCG pastor and a professor of law, Yemi Osinbajo, as his running mate thus leaving Jonathan clutching an expired blueprint for political success; his undertaking of different tawdry dramas in his desperate bid for votes ending up almost useless. With Osinbajo by Buhari’s side, all the claims about an imminent Islamisation agenda vapourised, and Jonathan’s good luck ran out. 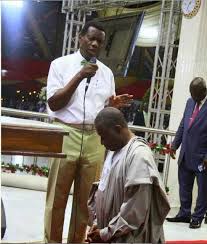 The Pentecostal Republic stops its analysis at the 2015 elections, and offers critical insights on the future of Nigerian Pentecostalism. Considering that the Fourth Republic will hit its 20th  anniversary next year, it is essential to reflect on how religion will continue to shape the political terrain. One cannot but acknowledge that even though the influence of Pentecostal pastors climaxed in 2015, it does not mean that they will not influence the 2019 elections. They will, only one is not so sure how it will play out. For one, the configurations this time round are somewhat different from what subsisted in 2015. The frontline contenders are the Muslim-Fulani, and nobody can successfully spin a narrative of voting a Christian President that will unshackle us from the grip of Hausa-Fulani-Islamic domination. It is also unlikely that either Buhari or Atiku will pander to the church as excessively as it happened in 2015 – Buhari is too arrogant to kneel before any pastor and Atiku does not seem to be at home with that kind of politics of ostentatious acts of piety.

The Christian contenders in 2019 are actually the deputies –Osinbajo and the PDP’s Peter Obi. Osinbajo has an advantage on this score because Obi has hardly ever sold himself based on his Christian faith. Although it must be noted too that when Pastor-Professor Osinbajo goes out to churches to campaign this time, he will meet a much different sheep in the Lord’s flock. Unlike 2015, they will be more circumspect when he begins his usual smug, self-righteous claim about their government’s moral superiority. The past three years has proved that the simultaneous zeal for the house of the Lord and for Aso Rock that consumed Pentecostal pastors like him has been about power and access, rather than extending the frontiers of God’s kingdom. Maybe, just maybe, the overwhelming influence of religious politics will be attenuated after its phenomenal two-decade run to give a wider room for discussing critical electoral issues.