Home Columnist Why are the children of your leaders never sheeple? – By Pius... 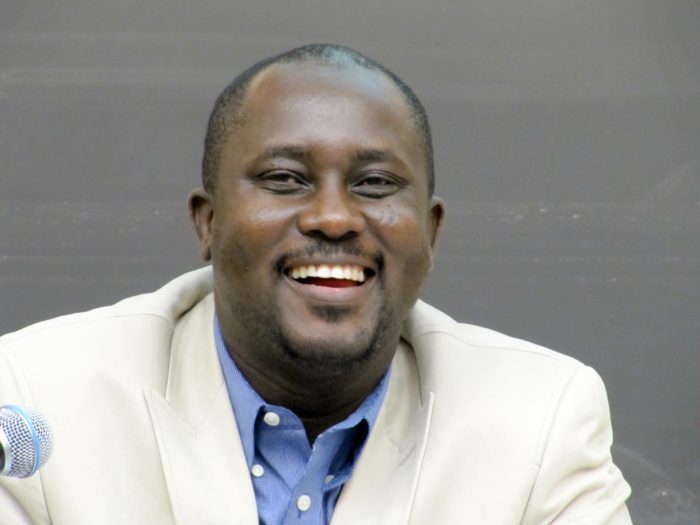 Of recent, two sons of former President Olusegun Obasanjo and Dr Doyin Okupe, both avid detractors of President Buhari, made a public showing of parting ways with their fathers to pitch their tent with the Buhari campaign. And there was great rejoicing in the House of Buhari. Led by Festus Keyamo, Buharideens sallied forth across social media in spasms of celebration, saying: bring forth the fatted calf and kill it; let us eat, drink, and be merry.

Dr Doyin Okupe issued a statement, featuring a bio of his prodigal son. As is almost always the case with the children of Nigeria’s one percenters, Dr. Okupe’s son studied abroad – in Europe precisely. Sadly, the hundreds of thousands of Buhari sheeple celebrating the crossover of the children of their adversaries to their camp are not sufficiently equipped to detect the irony of the situation: the herd is celebrating the exercise of critique and resistance to herding by the children of privilege.

High-quality education and the best of the humanistic traditions, such as the children of Nigerian one percenters come here to receive in Euro-America, account for their heightened sense of freewill and agency.It explains why you never find them among the sheeple – rabble deployed constantly by their parents as social media almajiris to defend the class privileges and conspicuous consumption of their oppressors.

To rephrase: why are the children of Nigerian rulers never found among the baying hordes defending their own oppression on social media? Why are they never out there defending their own parents the way social media almajiris do? And when they do step out, why are they able to exercise the powers of nuance, critique, freewill, and agency and map their own independent course of action as we see in the cases of the scions of President Obasanjo and Dr Doyin Okupe?

Many Nigerians will answer these questions with one word: privilege. However, that answer is wrong. The correct answer is education. Education is what makes all the difference between the children of privilege and the baying hordes that their parents instrumentalize to defend inequality and Nigeria’s general condition as one of the most abject, unfair places in the world. Education is what separates the children of privilege from you.

I should know. I have spent my entire adult life – indeed my entire career – as a University lecturer in North America. I came to Canada in 1998 for my PhD and got my first teaching job at The Pennsylvania State University in the USA upon graduation in 2001. In 2006, I returned to a position in Canada at Carleton University. I have also lectured very widely in European Universities. I have done my own fair share of teaching Nigeria’s children of privilege. I know why their parents send them here. I know what we teach them here and the conditions in which we do it.

Most importantly, I know why the Nigerian one percenters who send their children to be educated here in North America will continue to ensure that my colleagues in Nigerian Universities are never able to deliver the same quality of education to the children of ordinary Nigerians. What a country’s leadershipdetermines that they need at a given time is crucial in this respect.

Let us consider the example of the generation of Nigerian leaders epitomised by Chief Obafemi Awolowo in his heyday. What did this generation of selfless nationalists determine that they needed? They envisioned a commonwealth built by Nigeria’s immense human capital. They were not interested in conspicuous consumption or obscene accumulation of personal wealth. To deliver on their aspirations, they determined they needed a well-educated and informed citizenry. To put it in Awolowo’s words, he wanted a people free from “ignorance, poverty, and want”.

This explains Awolowo’s famous 1955 budget speech:“Of our total expenditure of £12.45 million not less than 82.6 per cent is devoted to services and projects whichdirectly cater for the health, education, prosperity and general welfare of our people. Of this high percentage, 27.8 per cent goes to education, 10.7 per cent to medical services, 5.4 per cent to agriculture”.

Look at the figures again: Awolowo was investing the lionshare of his budget in education! He was not investing it in super elitist private schools. He was investing in public education because his priority was to produce a massively educated citizenry as basis of development.

Were Awolowo’s priorities to be personal accumulation, he would have been taking an immense risk to invest so massively in education for the sort of citizen he was producing was the informed, humanised citizen, capable of agency, reason and independent critique. This is precisely the sort of citizen that the generation of rapacious and shameless leadership that Nigeria produced after Awolowo destroyed.

Awolowo and his generation of leaders needed illuminated citizens; their successors in Nigeria’s leadership, especially since 1999, determined that they needed ignorant marionettes. Once successive generations of Nigerian leaders settled for greed, conspicuous consumption, and personal accumulation at the expense of the masses, they could logically not afford to produce the sort of educated citizen Awolowo had envisioned. It is therefore no accident that they proceeded to destroy public education over the course of the next four decades by starving it of funds.

Recently, it was discovered that Nigeria’s satanic Senators had, once again, slashed the Federal education budget by N10.2 billion. Compare such a budget philosophy with Awolowo’s budget philosophy in 1955! The collapse of public education in Nigeria is not a function of neglect as we are wont to think. On the contrary, it is purposed, planned, and deliberate.

Social scientists will one day arrive at a consensus that as incompetent and visionless as Nigeria’s political leadership has been in the last three decades, they have shown remarkable rigour and discipline in the destruction of public education. If you want to run Nigeria the way she has been run in the last four decades as a backward, lawless, unfair, and unjust jungle, retarded in the 17th century, and devoted exclusively to the comforts and privileges of the one percent, you need to actively destroy public education and manufacture sheeple on a massive scale.

The sheeple you manufacture through such crude social engineering will fight to the death to defend you and your privileges. However, you do not want your own children to be sheeple. So, you send them to me in North America. When they return to Nigeria, they exercise free will and agency like the Okupe’s son did.

The sheeple praise them.