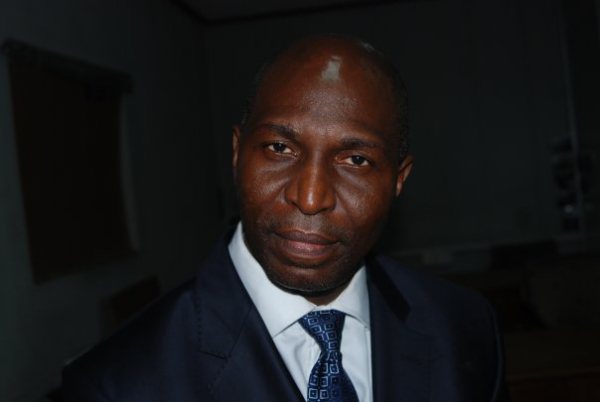 The reactions boiled over. As the informed columnist, I am accustomed to such vitriol, especially when they come from the isthmus of ignorance. My column last week simply inspired what was to come. When they did not know how to foil the magnitude of my logic, they resorted to vituperations. They admitted they had lost the argument. From Facebook, to Twitter, to phone calls to text messages. It was an outpouring of tendentious imbecility.

It invokes the words of Jonathan Swift, author of Gulliver’s Travels. “When a true genius appears, you can know him by this sign: that all the dunces are in a confederacy against him.” I have always known that, sometimes, Nigeria can be a democracy of dunces. Last week, it reflected by the riot of insults on this column. Those who did not call me a disgrace to column writing described me as doing the bidding of paymasters. I wonder what they are thinking now that I saw tomorrow. They could not do to me what the prophet Amos wrote about those who gave the Nazarites wine to drink and commanded their prophets “saying, Prophesy not.” They could not shut me up.

Last week, I was the prophet, noting that it made no sense to bring the State of Osun to the gyration of a thespian Adeleke. He would have turned dancing into the official body language of government. It would have been a government of dunces and dancers. He has been dancing, in season and out of season through the campaign. His feet became tired. He was like the masquerade in Achebe’s Things Fall Apart who danced himself lame before the main dance. By the same token, some of my traducers had been celebrating before the final tally. They ought to have learned from the American baseball player Yogi Berra who quipped: “It is not over until it is over.” 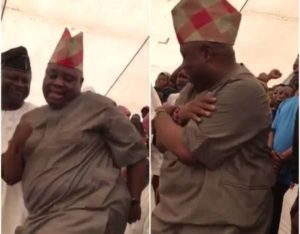 The oligarchy of the mere mortals gave the verdict to Oyetola, and I thought it only made sense in a contest between a financial engineer and a semi-literate. I had prized knowledge over vanity, and had correctly described Demola Adeleke, who fell at the polls last week, as the wrong sort of guy to mount a governor’s chair. I noted that the dramatic hollowness of the man, the impresario of the feet, should be defeated. He belonged elsewhere.

With F9 at WAEC, with his rhetorical stumbles, his supporters had made a huge mistake to pitch a tent with a hollow fellow who could not, in a manner of speaking, spell infrastructure. There was an American president who was bad at spelling. He was Andrew Jackson, the man who tortured Indians, glorified white superiority, and instituted the imperial presidency.

He once asserted that he did not trust anyone who thought there was only one way to spell a word. At least, he had an intellectual justification for ignorance. Adeleke lay no claim to scholarship, except his insistence on attending school. He once promised to spray money to the people as though that amounted to sagacity and campaign manifesto. Even if, by accident, he could spell the word, his tenure would have spelled dysfunction.

If we download what transpired for Oyetola’s victory, we shall unveil the nature of realpolitik. Omisore became, as it were, the custodian of the votes in most of the supplementary vote areas. It did not make him a monarch of the votes, but the influencer. It is an essential part of the democratic process. Not here alone, but everywhere in the history of democracy, including in ancient Athens, the birthplace of popular appeal. But what we call democracy is actually a republic. A democracy is close to a mob rule, where the majority imposes its will on the minority.

But the concept of the republic calls for deal making, the institution of the rule of law over the majority instinct. It suspects the mob in a democracy, and trusts an enlightened elite to moderate and temporise. Modern scholars sometimes call it a democratic republic. So, Bukola ‘Eleyinmi’ Saraki bungled his mission just like his stage ancestor. The APC fellows gave the man a better deal. He called on his people to vote APC and the rest is history. 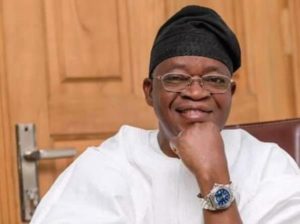 In the United States, big-name endorsements drive presidential candidates to victory. Barack Obama wheeled from momentum into a movement after big names like Ted Kennedy and Colin Powell gave their voices to the man who popularised the phrase “Yes, we can.”

The president called Omisore. The embassy of Ekiti State Governor-elect Kayode Fayemi to the ‘court’ of Omisore kicked off the momentum for a nocturnal meeting that had men like Oyo State Governor Abiola Ajimobi and Ogun State Governor Ibikunle Amosun. Of course, sprightly party chairman Adams Oshiomhole gave the defining handshake as the pictures show.

Some of my critics made a big deal about Rauf Aregbesola, and complained over the salary arrears. They forget that most of the civil servants were never owed a penny. Workers up to levels seven or eight had their full pay. A few steps after that had 75 per cent, and the senior cadre had 50 per cent. This is one of the issues downplayed by many who did not understand what happened in the state. Most of the traducers were either ignorant or wilfully mischievous. I noted that Aregbesola made some mistakes but the preponderance of votes reflected that his brilliance outweighed his mistakes. Clearly, Omisore’s intervention would have amounted to nothing if the salary issue was so definitive. Influencers are powerful, but they have their limits. They also know it and would not push the people beyond their patience.

The critics underplay the strides in the past eight years, especially in the areas of education, infrastructure and human welfare. With the quickest uptick of school enrolment in a generation and enhanced facilities, WAEC performance leaped from about 15 per cent to over 50 per cent, unequalled anywhere in its improvement.

Aregbesola came in as the activist idealist, but he miscalculated. Some may say he was naïve, but if the oil price retained its perch in the stratosphere for a few more years, he might be walking out the Osun stage in a messianic halo. But he is lucky that he has a man of a contrasting temperament and a financial engineer to take over. He can now build on the plantings of his predecessor. Just as Akintola on Awo’s and Fashola on Tinubu’s, Oyetola will now translate all that work into a fruition. Oyetola in a couple of years will enjoy a new financial berth as the bonds and loans will expire and free money for development. He becomes a translator as writers translate other writers. Alexander Pope wrote of Chaucer and Dryden, who translated the former: “such as Chaucer is, so shall Dryden be.” A great work needs a great translator, as Soyinka brought Fagunwa to the world.