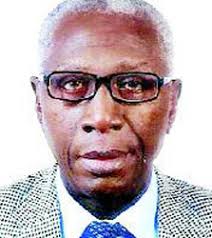 The calls for restructuring of the national space have become unceasing in recent years. Therefore, the narrative below has certainly become increasingly relevant this year and may hopefully serve as a wake-up call to abort the dire inevitable consequences which will clearly jeopardise our relationship as a nation and forestall the inevitable frustration of the misplaced hope of Nigerians for a better life.

This article was first published in The Vanguard edition of June 29, 2006 and has been republished, annually, since then on the country’s Democracy Day and Independence Day anniversaries. Please read on.

“There can be no end, in the foreseeable future, to a do-or-die fight for the post of President of our nation.  The unbridled struggle to be the top dog has generally been motivated by the prospect of almost absolute power over our lives and our nation’s resources, particularly the lucrative proceeds from the oil wells in the Niger Delta.  Ultimately, the underbelly of the arbitrarily created 36 states and 774 Local Government Areas has become invariably exposed as these political contraptions would literarily collapse, without what some have described as the ‘blood money’ from the Niger Delta.

However, it is likely that if modest resources were allocated and limited powers devolved to the centre for the exercise of its exclusive responsibilities, there would be less attraction to committing huge financial investments in order to buy or capture power on behalf of one’s political club (be it military, civilian, ethnic or regional association).

Our political godfathers, in their wisdom, attempted to bring some sanity to the acrimony, usually generated by the struggle for the lucrative centre, with the concept of rotating the Presidency along the North/South axis.  However, this solution has not brought with it much comfort because the current constitutional provision for a maximum of two four-year terms could mean that each of the six geopolitical zones would produce a President every 48 years (that is, assuming that each geopolitical zone’s president enjoys his full eight years lordship over the treasury!)

This arrangement implies that all other eminently gifted, qualified and socially committed presidential materials, from other zones, would be wasted in a 40 year-cycles with, unfortunately, no guarantee that the best available candidate would be the one from the geopolitical region, whose turn it is to produce the President!

Thus, in a political culture where plundering takes precedence over service and wealth creation, all Nigerians become victims of the greed of a parasitic political class – invariably championed by autocratic leadership. Arguably, the greatest threat to our contrived democracy is dictatorship! For peace and stability to prevail, our constitution should enable the best available presidential materials from each geopolitical zone to contest, and attain the post of President.  Consequently, we should adopt a constitution that ensures that no one person remains in power long enough and becomes so formidable as to successfully engineer term elongation and perpetuate a dictatorship!

The National Assembly demonstrated great courage in throwing out President Olusegun Obasanjo’s third term ambition.  The legislature, thankfully, pulled us back from the precipice, but discerning and patriotic Nigerians warn against complacency.  Indeed, if poverty deepens and social injustice and disrespect for the rule of law, by the executive, remain unchecked, a National Assembly wholly made up of surrogates may still prevail, vis-à-vis the godfather syndrome, as witnessed in Oyo and Anambra states, under Obasanjo’s administration. Ultimately, a constitutional dictatorship could evolve and Nigerians would fall into real bondage as the dark days of insecurity, instability and one-man rule will return with a vengeance.

So, how can we prevent such an ugly scenario in our nation, which is in the grip of irrepressible ethnic/regional aspirations for the post of the President?  Instructively, some eminent Nigerians have rightly argued that the first requirement for a just, stable, egalitarian and progressive nation should be the adoption of a truly federal constitution, where the centre devolves more of its powers to the states/regions, as engines of growth, so that these states/regions will freely exploit their internal human and mineral resources and pay appropriate dues to run the Federal Government at the centre.

Arguably, such a structure would motivate each region to look inwards and develop its own God-given resources optimally, rather than wait for monthly handouts from a potentate centre. Thus, all regional governments would become actively engaged in putting their citizens to work for additional wealth creation with commensurate improvement in social welfare.

Consequently, we may consider the adoption of a six-year collegiate presidency to douse the tension and attrition created by the usual battles to install a ‘one-man’ President, against the incessant clamour and grandstanding by each geopolitical group for their turn, each time an incumbent’s tenure ends.  Under this arrangement, every political party would field a team comprising six candidates selected from each of the six geopolitical zones for the post of the President.  Every member of the victorious party’s presidential collegiate team will serve as the President for only one year while the other five members of the collegiate would serve as vice presidents with direct oversight responsibilities for discrete sets of ministries and/parastatals.  Furthermore, the five vice presidents would also be rotated annually from one set of ministries to the other, so that in a six-year term, each member of the collegiate would have served for one year in every segment of federal administration, with one year as de facto President, in the joint pursuit of their party’s publicly declared manifesto.

Consequently, no member of the collegiate can pursue their own personal agenda while in office.

Ultimately, Nigerians can afford to sleep with both eyes closed as it will be impossible for anyone to consolidate their hold on power and remain long enough to eventually perpetuate an oppressive dictatorship!  Furthermore, the abiding desire of geopolitical groups to see their sons or daughter as the top dog would be realised, as each region would perpetually have a member in the collegiate presidency.  In such an event, Nigerians would permanently enjoy the advantages of the multiple contributions of more eminently qualified and socially committed presidential materials.  It would be reasonable to also expect that the collegiate presidency would play as a team of stars rather than the culture of a dictatorial lone star complex, as is currently the case.

On the level of states and Local governments, the same collegiate system of administration, comprising ethnic nationalities can also be put in place to harmoniously carry along the majority of the communities in each state and ensure national cohesion.  However, there are very cogent arguments for the abolition of the clearly wasteful and unviable 36 states structure with oppressive huge operational costs that barely impact positively on the welfare of most Nigerians.  The choice therefore is ours to make: do we want to live in a caged apprehension that sustains acrimony in our body polity or do we truly want to break the chains of our bondage to release our true potential as a resource endowed rich nation?

The recent calls since 2006 for restructuring suggest that the current political arrangement is unsustainable and certainly requires serious adjustment to release the true potential of our nation.  Evidently, however, this would not be to the advantage of self-serving politicians, who would prefer to continue with the current inequitable and unjust social contract which accommodates their selfish interest, while the rest of us, conversely continue to wallow in poverty. It is patently obvious that the current federal structure is horridly skewed against stability and rapid development.

It is refreshing, however, that after a strategic convention in May 2018, Ohanaeze Ndigbo advocated as follows: “The tenure of the office of the President shall be a single term of six years. There shall be five vice presidents, one from each of the geopolitical zones”.

Hopefully, other ethnic groups will recognise this sensible path to creating a progressive, equitable and enduring first world nation.